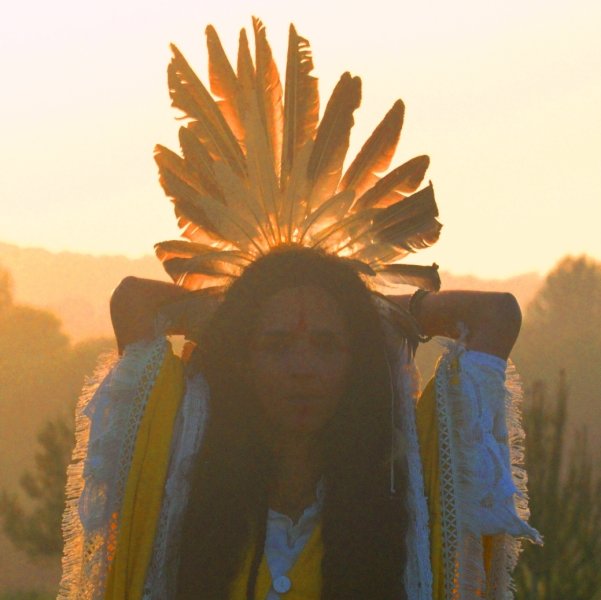 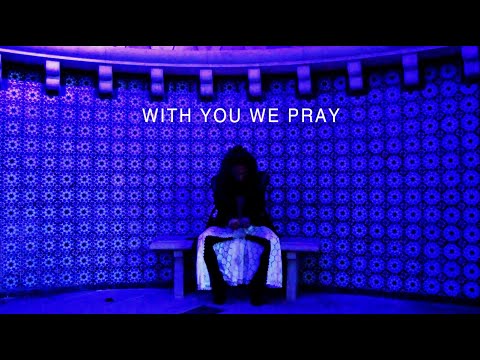 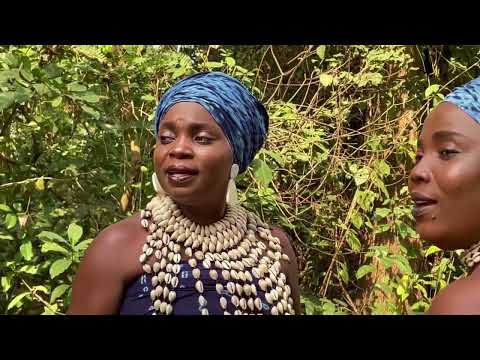 ►
Pachamama
by Senhora Do Ó 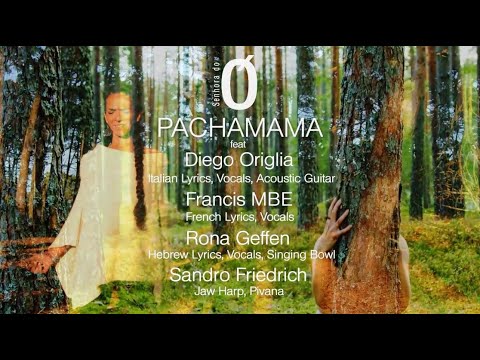 ►
Rain
by Senhora Do Ó 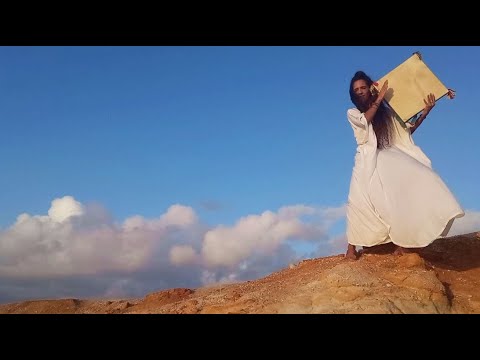 ►
Earth Vibrations
by Senhora Do Ó 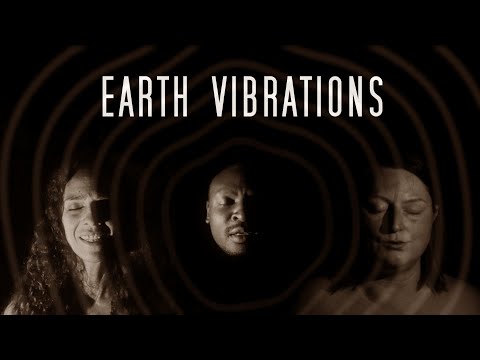 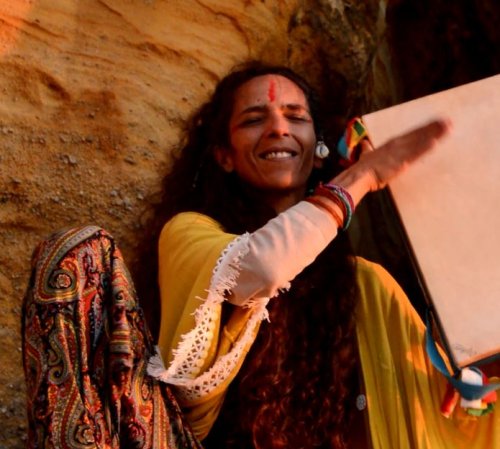 Photo by: Senhora Do Ó
About: Earth Vibrations - Video snapshot 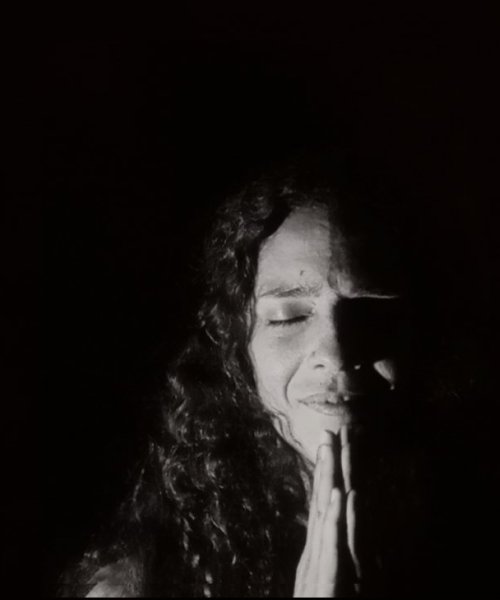 Photo by: Senhora Do Ó
About: Thank you ♥ 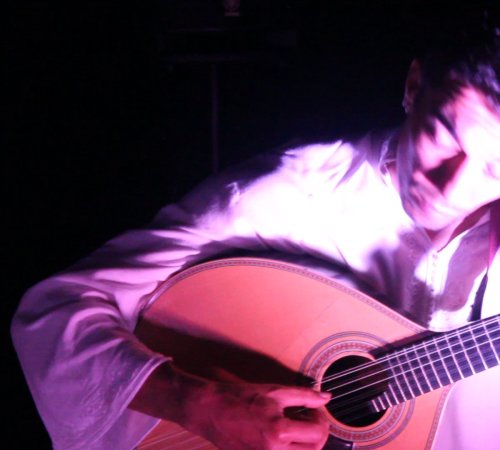 Photo by: Senhora Do Ó
About: Senhora do Ó live with Hugo Claro (Portuguese Guitar) 2014 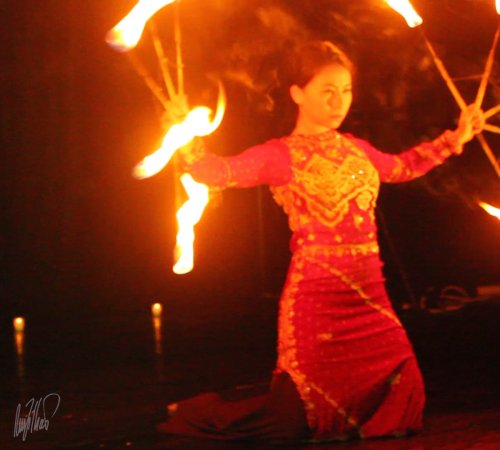 Photo by: Senhora Do Ó
About: Senhora do Ó with Miss Shanghai (Dance) 2014 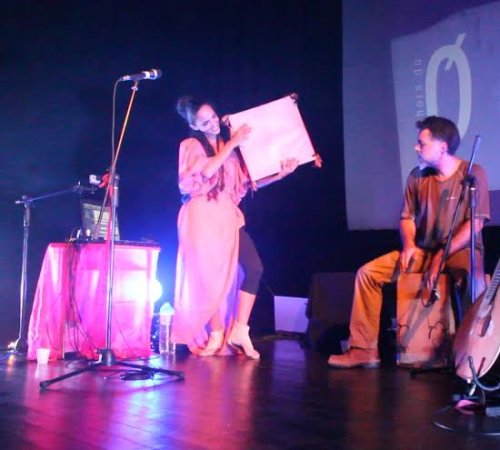 Photo by: Senhora Do Ó
About: Senhora do Ó with Rui Zilhão (Percussion) 2014
Followers

ABOUT
SENHORA DO Ó aka Andreia João

A singer, songwriter and music producer natural from Sintra, Portugal, with soul and heart hands tight with Traditional Portuguese Music and all "Lusofonias" and "Iberofonias", yet with the mind also linked with contemporary textures and tools from Electronic Music. Adufe player, acoustic and electronic music lover, and natural singer and dreamer. The tools for Senhora do Ó solo project, also with the support of Nature, vocal harmony, ancestral and contemporary tech, and many other organic instruments played by invited artist and friends.

Inspired with polyphonic chanting, organic and ethnic soundscapes and with shamanic rhythms and melodies from ancient cultures. Started in 2012 more connected with sound than with words, however since 2020 writing became stronger. The initial major purpose was explore sound to learn the tools and revisit some of the songs from the ancestral Portuguese oral tradition repertoire, lined within this more contemporary line.

In March 2020 the song “Uivo de Lamento” won a creativity award from Beyond Music Foundation, and in February 2021 the song was included in the album “SAME PLANET - Beyond Music Vol.2”, produced by Manu Katché.

During 2021 and continuing in 2022, few more international and national collaborations were released independently. The EP EARTH VIBRATIONS in April 21 co-produced with lady Elly Kellner from The Netherlands, featuring 9 other artists from all over the world. Later, an invitation made by Sinaubi Zawose from Tanzania, to produce the song “MATESO – COVID19”, later included in his album “Tanzania”, released by Soliton.

A trilogy of singles started in November 21 with “RAIN” co-composed with the Portuguese artist Rui Zilhão. In December “PACHAMAMA”, were Senhora do Ó invites Diego Origlia from Italy, Francis MBE from Cameroon, Rona Geffen from Israel and Sandro Friedrich from Switzerland, to gather on co-creation. Last single is “MOMENTO - ĞAJAP SÄT”, from January 2022, a solo master piece composed with the unique Kyl-Kobiz by Raushan Orazbaeva from Kazakhstan, that trusted Senhora do Ó with the arrangement and musical production. This single also features Les Teriba from Benin, and Juan Pablo Villa from Mexico.

In 2010 started a new cycle writing and composing music for her own repertoire. ÓAI d'IR, a non-traditional project based in traditional music. Original repertoire of acoustic songs based on world percussions, and also in melody, using ethnic instruments, including instruments of traditional Portuguese root. A project produced by Miguel Simões and Andreia João in co-authorship.

Invited by the producer and multi-instrumentalist JÚLIO PEREIRA to sing the song “Lagoa das Sereias” in his álbum “Praça do Comércio” from 2017, and in 2015 also invited to sing with the traditional singer ISABEL SILVESTRE, in the album “Cânticos da Terra e da Vida”, both albums released in Portugal by Tradisom.

Since 2009, Andreia is the singer/performer for NOIDZ, a band of aliens arising from the Planet. A fusion between Metal, Trance and Traditional Portuguese Music. Participates in the band's second album “2.0.1.3.”, released in April 2013, with special guests such Fado singer KÁTIA GUERREIRO and again, JÚLIO PEREIRA.

Between 2007 and 2019, Andreia was the backing singer for the popular artist and eternal friend ROBERTO LEAL, participating in the annual Portuguese Tour and Portuguese Communities in all over the world. Special participation in the chorus of the album “Raiç” in 2010, and also in the most recent album from 2016, “Arrebenta a Festa”, that unfortunately was also his last. Both albums released by Movieplay

One of the greatest experiences was singing with CRAMOL, a polyphonic chorus of women. Traditional portuguese singing, one of the richest heritage of portuguese traditional music "à capella".