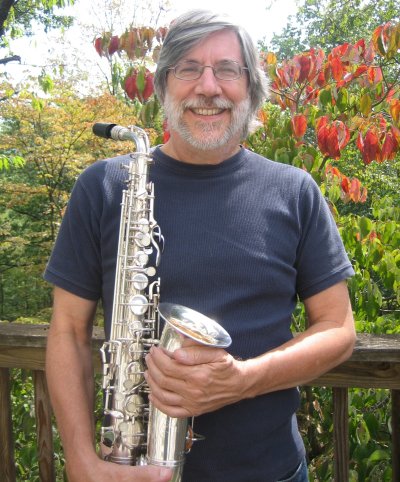 Taking It To A Higher Octave

Those who follow my music may have noticed that I have not written any new pieces in several years. The main reason is that I am focusing on daily energy practices. This includes Chinese & Tibetan qigong, the tzolk'in (as used by the K'iche Maya), and other kinds of energy work. In doing these practices I discovered that I can experience many of the creative things that I love about music in new ways.

I was introduced to qigong (related to tai chi as a branch of Traditional Chinese Medicine) in 1995 by Frances Gander, who received training with Grandmaster Chian Ho Yin. I felt an immediate connection with it as if I was meeting an old friend again. Then, new worlds opened for me in 2017 when I began to have acupuncture with Michael Perfetto. In addition to classical acupuncture and Chinese herb formulas, Michael introduced me to techniques that were developed by Robert Monroe to assist one in having experiences beyond the physical body.

In one of my early acupuncture sessions with Michael, he showed me how to experience Original Qi and its slow-moving cycle in the body. As I felt this subtle energy, I began to hear a low frequency in my mind. It was like hearing a low Eb below the bass clef staff (Eb1) played on tuba. This was a revelation. From there, I discovered that in doing my practices I could focus on hearing a particular frequency in my mind and my energy field would immediately respond to it. I see this as being similar to changing radio stations.

Along with these energy experiences, I began to have and remember extremely vivid dreams. Many of them were about flying or traveling in various ways. I also often saw myself with a group or team. I know that this will sound far out to some; however, in many of these dreams there was an understanding that we were beyond this planet. When I shared these dreams with Michael and other friends, who also do energy practices, I learned that some of them were having similar experiences.

After one year of acupuncture, I switched to medical qigong when Michael began to offer it. Medical qigong is a direct application of energies without the use of acupuncture needles or herbs. We quickly discovered, as we worked with higher and more refined energies, that intuitive messages, visions, and other kinds of experiences would come to us in our sessions. There was also a distinct sense of being helped in the energy work by my Spirit Guides and others.

In having these experiences, it became clear to me that we (Humanity) are part of a vast community of Life....on this planet and throughout the cosmos. When I experience this, there are almost overwhelming sensations of Love and Intelligence.

As all of this continued to unfold, I found that I could experience these deeper connections anytime I want as well as from wherever I happen to be. (This is especially useful when I'm waiting in line at a store.) It also became clear to me how my background in music serves as a foundation for these experiences. I've come to think of it as taking music to a higher octave.

Several years ago, as I took out the trash one night, these words came into my mind, "You can go to the Spiritual Realms that John Coltrane was reaching for in his music". I was completely stunned and thought to myself, "What?". Since then, I have come to understand that this is actually happening through medical qigong, energy practices, and off-planet dreams. Each day brings new adventures and insights.

​Now, instead of tapping into higher inspiration and writing music to express it, I have direct energetic experiences and then share them with others...without needing to have performances or recordings. This has given me an entirely new perspective on being a composer. ​