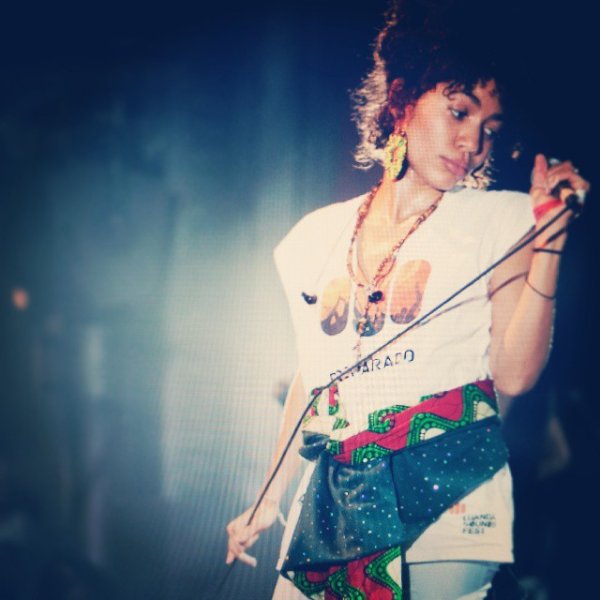 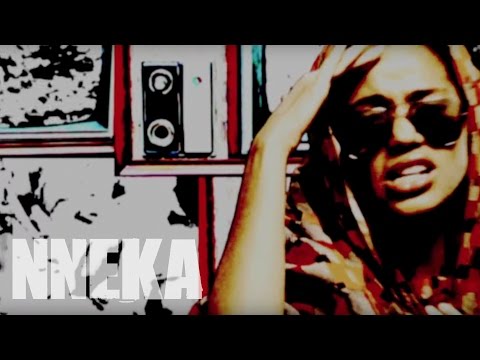 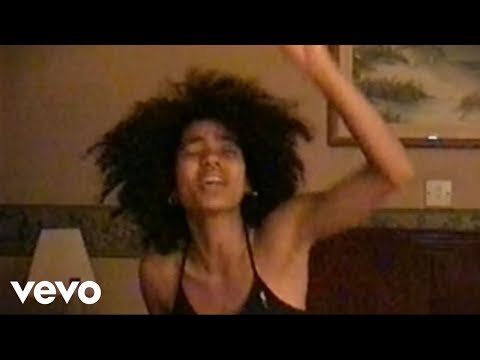 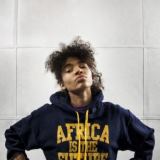 + 10 more
ABOUT
Soul Is HeavyWere she not a musician, Nneka might have made an excellent investigative journalist. Or perhaps she'd have been a philosopher. In truth, an element of both those disciplines informs her art. Because throughout her third album, Soul Is Heavy, Nneka constantly asks questions. She interrogates friends, her Nigerian countrymen, politicians, God, the universe… and, most importantly, she questions herself.

"It wouldn't make any sense if I only pointed fingers," she admits. Her music and attitude are probing, even confrontational, yet never didactic. "It's important that you recognize yourself as part of the system, too, and that the only way we can make things work is by realizing we are part of the same entity

"I'm always having little battles in my mind," she continues, apropos of the struggles that shape her work. Everybody has their existential quandaries, but most people are content to wake up, go to work, have a few beers and play some video games in the evening, and watch the world go by. Not Nneka. "I'm the kind of person who always questions things. It has a lot to do with the way I brought up, and my surroundings."

Born and raised in Warri, in the Delta region of Nigeria, Nneka Egbuna watched as the city and its citizens wrestled with the impact of new-found affluence. Three decades later, electrical blackouts are still a part of daily life in Nigeria, an oil-rich nation plagued by petrol shortages, where tribalism and disparity of wealth and political power further entrench divisions of class. "All that has a lot to do with why I am the way I am, despite the fact that I have now been able to travel a great deal, and see the world from a different angle."

At the age of 19, Nneka left Africa to Hamburg University, where she studied anthropology even as her musical career was building steam. With its marriage of timeless grooves, contemporary technology, and 21st century black consciousness, her 2005 debut Victim Of Truth was lauded by the British press. "As good as The Miseducation of Lauryn Hill," trumpeted The Sunday Times. Its 2008 follow-up, No Longer At Ease, impressed rock star Lenny Kravitz so profoundly that he immediately tapped her to accompany him on tour. In 2010, selections from both albums—including the international hit "Heartbeat"—were compiled for her US debut, Concrete Jungle, which showed North America what the rest of the world already knew: Nneka is a unique, formidable talent to be reckoned with.

Written and recorded throughout the three year period following the release of No Longer At Ease, the fifteen selections on Soul Is Heavy were culled from a backlog of roughly fifty songs, many of which Nneka composed while back in Nigeria (even as the power went on and off in her Lagos apartment). They integrate myriad musical styles: reggae, hip-hop, modern R&B and vintage soul, Afrobeat, and even elements of flamenco and Sahara desert blues. They range from the driving opener, "Lucifer (No Doubt)," to the sweet and peaceful "Shining Star," and from the furious "Camouflage" to desolate, introspective cuts such as "Valley." All are unmistakably Nneka.

On "My Home," triumphant brass and uplifting reggae rhythms illuminate the singer's journey into the heart of darkness and an uncertain future. "That song is about your quest, searching for a place in life to feel comfortable, and not knowing where to go. And, in the end, realizing there is actually no peace on Earth until you accept that both bad and good are part of life. There is never total happiness, only a search for a healthy equilibrium between two extremes."

The title song "Soul Is Heavy," preceded the album's release with a vibrant video reflecting its thought-provoking lyric, which invokes historic Nigerian revolutionaries including Ken Saro-Wiwa, Isaac Boro and Jaja of Opobo. While Nneka expresses frustration that the same social ills Afrobeat legend Fela Anikulapo Kuti addressed in his own work—oppression, corruption, oil exportation—still persist today, this inspirational anthem also charts a way forward. "Nigerians must stop separating ourselves from one another, despite the fact that we have 300 different dialects and tribes. Things would be better if we would see ourselves as one."

Soul Is Heavy also features a pair of notable collaborations. "God Knows Why," a hard-hitting song about hypocrisy, mental slavery, and the pitfalls of knowledge without questioning, features rhymes by Black Thought. "I felt he could relate to the context and content of the song," says Nneka, who has performed with The Roots in the past. "I wouldn't have to explain much to Black Thought—and that's exactly what happened." Mercury Music Prize and BRIT Award-winner Ms. Dynamite helps ignite "Sleep," a cut inspired by Nneka's battles with insomnia on the road, and the thoughts and feelings that keep her up at night.

On the album's centerpiece, the insistent "J," Nneka scrutinizes her own actions and motives alongside those of her fellow man. Amidst much soul-searching, she strives to project positive energy into the universe, and perform feats of emotional alchemy. "If you approach me with hatred, I will approach you with love. I have to be strong enough to transform that hate into love. And the more you hate me, the more I will love you, and the more I will make you love me."

Nneka's songs may begin with personal experiences and homegrown sentiments, but global appeal imbues her music and its messages. She transcends boundaries, both geographic and aesthetic. Regardless of the listener's mother tongue, there is an immediacy to Nneka's singing—be it pointed ("Don't Even Think") or poignant ("Stay," "Do You Love Me Now")—that anyone can appreciate. Nneka is indivisible from the world she inhabits, and her art reflects that on every level. "I am what you hear," she concludes, succinctly. "I wouldn't be able to separate my music from me."