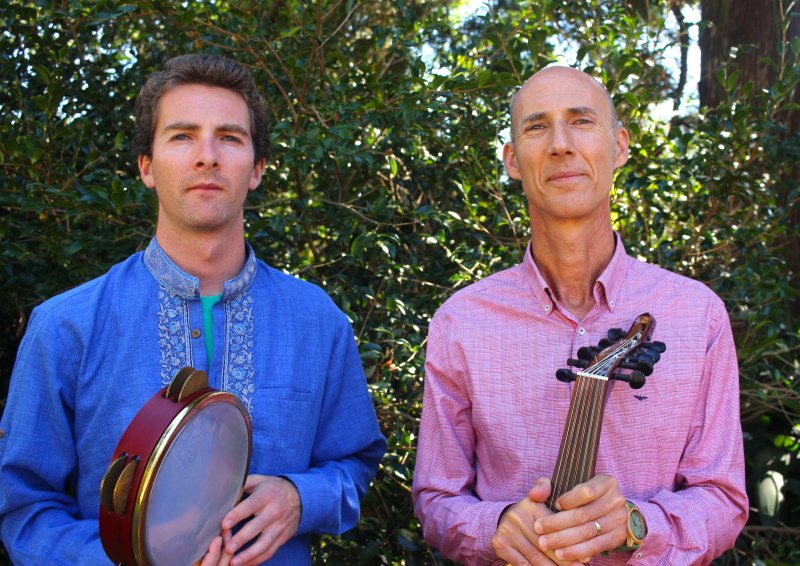 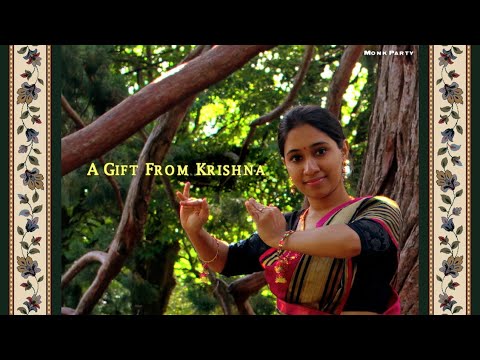 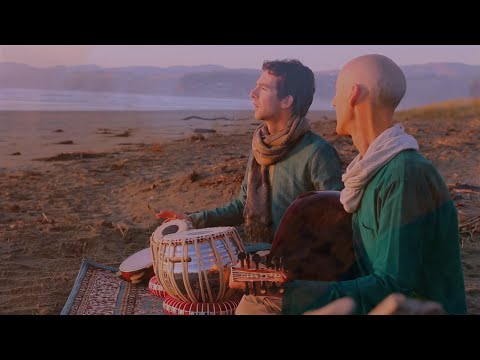 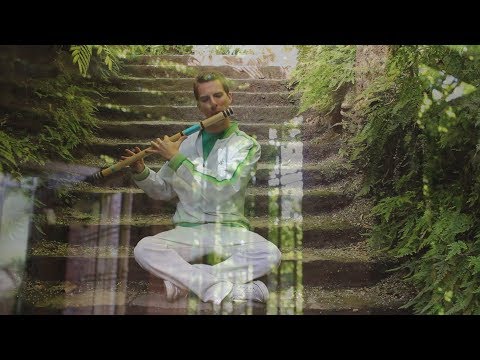 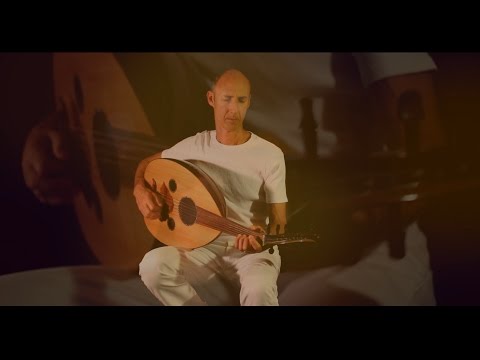 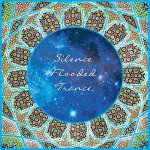 Review By Grahak Cunningham. Monk Party has just released Silence Flooded Trance . Made up of father and son duo, Pragunya and Nelson Myers-Daly their influences include the kirtan devotional music scene, ancient Indian mantras, Moroccan and middle eastern music plus a wide range of world and spiritual music genres. The melodies of Sri Chinmoy, their meditation teacher, which Monk Party play, aim to uplift and inspire the audience. Sri Chinmoy once said that “music will play a most important role in bringing about world oneness.”  The music on the album is mesmerising, rhythmical, and mantric. The group uses a number of instruments darbuka, riq, frame drums, badhran, cajón, pennywhistle, nylon guitar, gongs, bansuri flute and Vocals. Pragunya has become an expert at the oud and it is heard in many of the songs. Nelson has been playing on world music instruments since he was four. “I was never pushed into to playing music but rather I learnt music like a language by always being around it and being absorbed in it,” he says. “Pragunya had a wide variety of types of music he played and listened to which has really helped colour my approach to creating art.” They have performed in North America and Australasia and collaborated with Krishna Das. Monk Party (and yes they are monks, practicing daily meditation to keep themselves in a creative flow) has emerged as one of the best outfits of their genre around, their tight nit sounds and love of music are obvious in their latest offering. Silence Flooded Trance follows on from their acclaimed debut CD Daily My Promise.   https://monkparty.bandcamp.com/album/silence-flooded-trance www.monkparty.com https://m.facebook.com/MonkParty/ more
PHOTOS 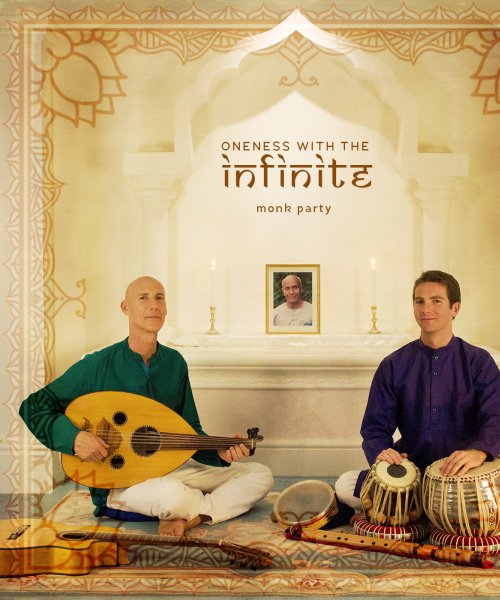 Photo by: Monk Party
About: Oneness with the Infinite 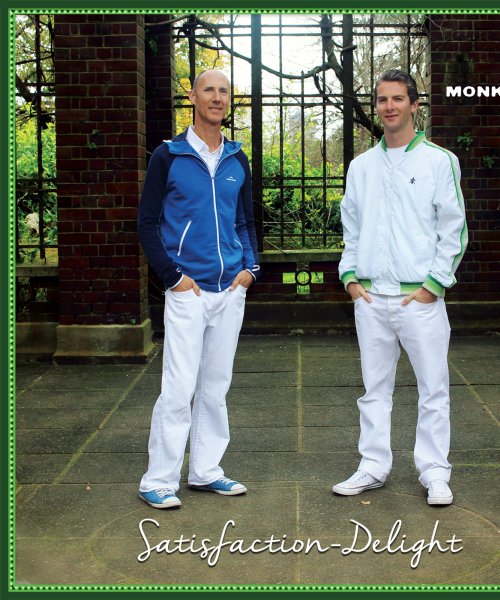 Photo by: Monk Party
About: Satisfaction-Delight 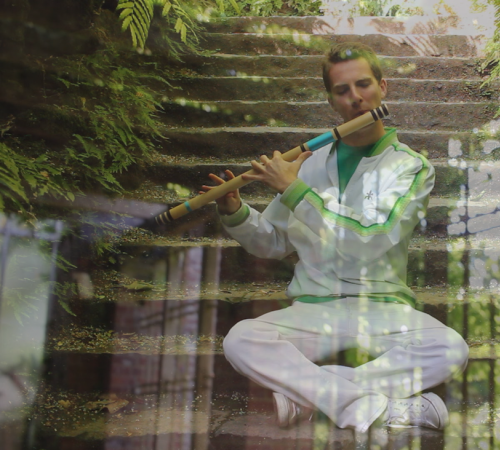 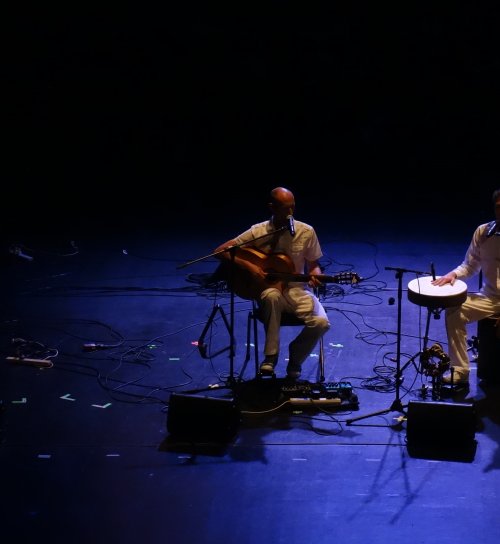 Photo by: Monk Party
About: Australia Songs of the Soul 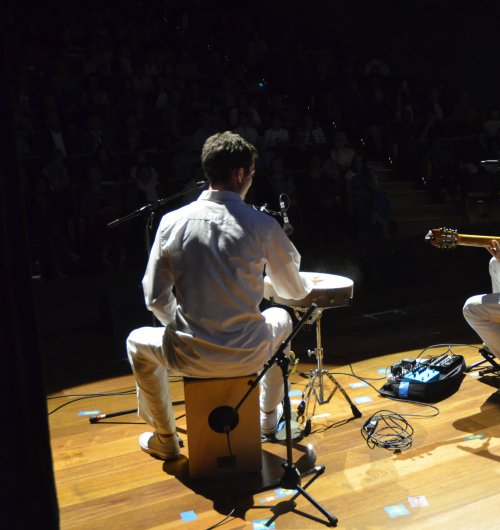 Photo by: Monk Party
About: Songs of the Soul Tour 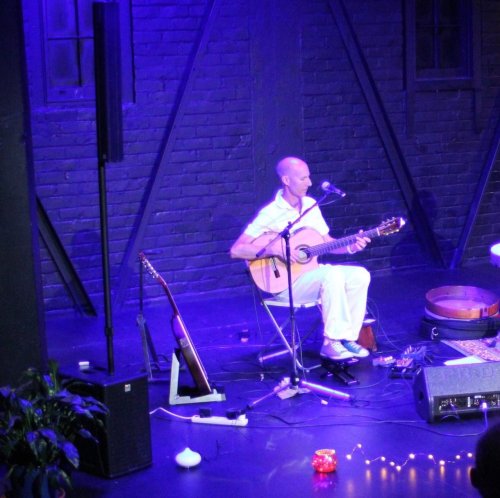 Photo by: Monk Party
About: Live
See all photos (7)
Followers

ABOUT
Pragunya and Nelson's lifestyles can be likened to that of urban monks in the modern western world, as they share some similarities in their spiritual practice to those monks, seers, and sages of the East.

Only here they are of the world and for the world, immersed in its activities and day-to-day hustle and bustle.

Pragunya and Nelson are ever so fortunate to meditate under the guidance of their spiritual teacher Sri Chinmoy whose ceaseless fount of inspiration enriches their lives with happiness, peace, and purpose: the soul's purpose.

A few things Sri Chinmoy encourages his students to do on a daily basis to help them along their life’s journey are:

To listen, sing and play soulful music to elevate and purify their consciousness.

Eat a nutrient-dense vegetarian diet to create peace, poise and purity in the body.

They run daily or perform similar exercises to create a healthy body-temple surcharging it with dynamism and energy and meditate twice daily in the morning and evening to create peace in the mind and an expansion of the heart: the spiritual heart.

This is their humble journey as they share enthusiasm for music and the spiritual life.

They have been extremely fortunate to be able to perform in North America, Europe, Australasia and perform regularly at events Including world/spiritual/festivals, yoga classes, meditation workshops, private functions and they also put on their own concerts.