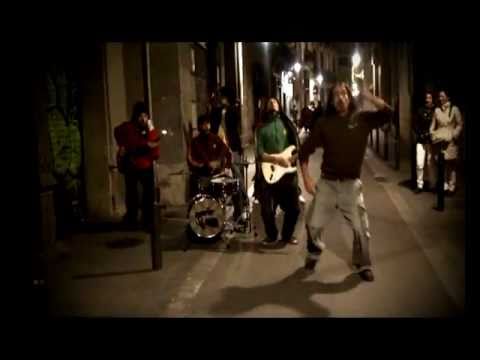 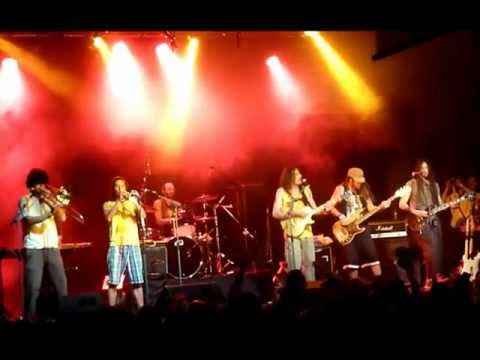 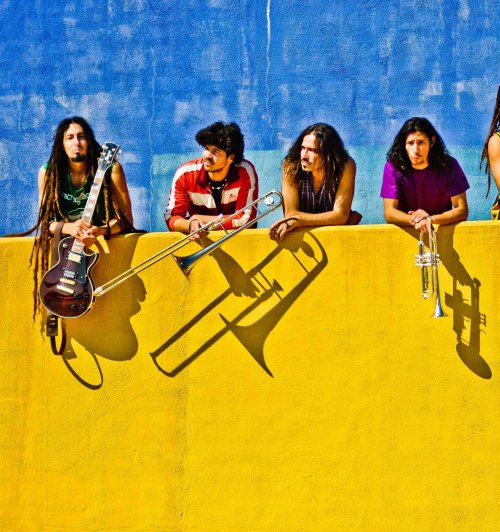 ABOUT
2012 is the backdrop for many important events for Microguagua; as well as multiple concerts, the year sees the launch of their new album “AL BORDE DE LA RUTA” recorded in Barcelona at the end of 2011, mixed in Santander and mastered in Bilbo, produced in collaboration with Roberto Sanchez and edited by Kasba Music, which becomes the band’s third official disk. It also sees the addition of a keyboardist to the group, enriching both their electronic and acoustic sounds.

“AL BORDE DE LA RUTA” is for Microguagua, in the sixth year of their career, an album which achieves more of a power-roots sound than their previous work; it’s even more of a fusion of reggae culture with the echoes of the street, where the band still perform every day.

The third disk contains ten original songs, along with several dub remixes and “power street” versions, played in pure street style. The lyrics are mostly in Spanish, with a little Italian, deal with themes that paint today’s society and its problems. They show both a global view of society and roots snapshots of stories from the streets.

In 2011 Microguagua take part in the Rototom Sunsplash for the second time, playing in the opening party and on the Lion Stage. They open for bands of the calibre of JUNIOR KELLY, BUSHMAN, JULIAN MARLEY, AFRICA UNITE. They tour Europe, playing for the first time on French soil, and winning second prize in the Ferrara Busker’s festival (Italy), and they bring out an official video for “Luces de la ciudad”.

The band’s roots go back to the end of 2006, in Barcelona’s Raval barrio. From 2007, they start to win over the streets of Barcelona with a fresh and carefree style, full of positive energy. The diverse multicultural influences of the band-members breed an original sound, christened “street power reggae”, a unique way of making music.

Microguagua’s first official record is “ROOTSIDE” (acoustic) in 2008. In 2009, they begin to tour throughout Spain, and the rest of Europe, without stopping their work as street entertainers and at the same time recording their first record.

In six years, Microguagua have won prizes in international festivals, have sold around 30,000 copies of their records, and have performed on more than 250 different stages (sharing them with artists such as Morcheeba, Ozomatli, Che Sudaka, La Pegatina..). The band has been invited to participate in radio sessions, documentaries and TV programmes, including MTV, RTVE and TV3. And by now they have performed more than 1000 times in the streets, creating intense show, which create a special bond with the public.