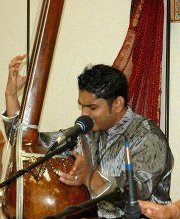 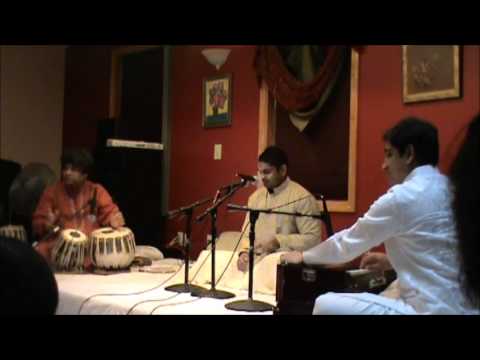 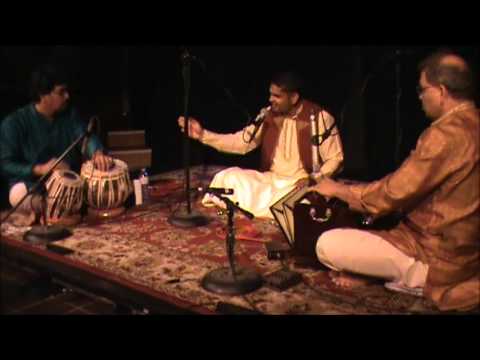 ABOUT
Manu Srivastava started his Hindustani Classical Music training in Kanpur at the tender age of 4 under the guidance of Smt. Snigdha Biswas. He later continued his training in Canada and India under gurus such as Smt. Lata Sathe (disciple of Pt. Kumar Gandharva) Smt. Veena Shukla (disciple of Pt. Balwant Rai Bhatt) and Sri Shrikant Lagu and Pt. Arun Dravid. He mainly acquired his training in the tradition of Gwalior Gharana but a touch of Agra and Jaipur Gharana can be seen in his khayal gayaki.

What really changed Srivastava’s outlook on Shastriya Sangeet was his vigorous training under the late Pt. Kashinath Shankar Bodas. Pandit Bodas brought out the best in Manu, inspiring him to refine his music through intense daily riyaz. He is now under the guidance of Smt. Padma Talwalkar. Srivastava teaches Shastriya Sangeet to over 70 students in the Phoenix Metro area. He not only performs and teaches, he helps organize workshops and concerts in the Phoenix area for visiting artists from India.

Raised in Canada and the USA since the age of ten, he has unique understanding of both cultures and is an inspiration to his students. He believes that knowledge is the only way to get the younger generation interested in Shastriya Sangeet and hopes to impart it for many years to come. He has performed extensively throughout USA and Canada.