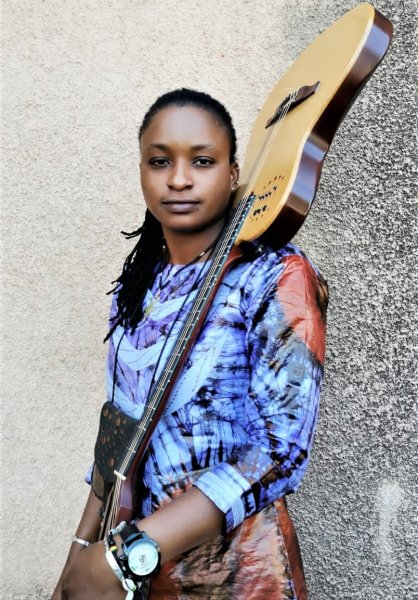 Mougy Made
by Hadja Fanta Diabaté 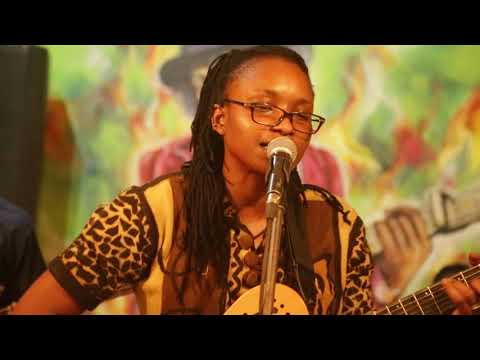 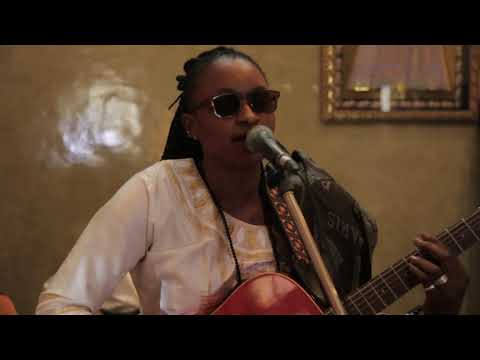 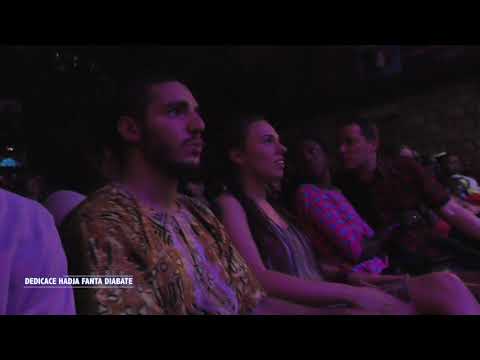 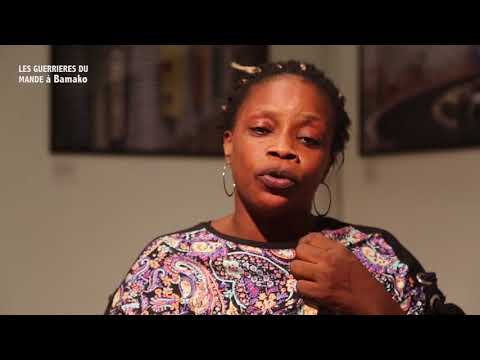 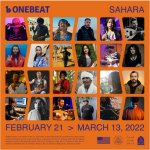 I am pleased to announce my participation to the OneBeat Sahara 2022 Program !
OneBeat brings musicians (ages 19-35) from around the world to a region of the U.S. for one month each Spring and Fall to collaboratively write, produce, and perform original music, and develop strategies for arts-based social engagement. OneBeat begins with an opening residency, when Fellows collaborate to create original material, record new musical ideas, and incubate their projects. OneBeat Fellows then go on tour across a region of the U.S., performing for a wide array of American audiences, collaborating with local musicians, and leading workshops with youth and community organizations. During the month, each OneBeat musician also sets out their plans for the future, further developing projects in their home countries that embody the OneBeat mission of collaboration and engagement.
Offical page: https://1beat.org/fellows/onebeat-sahara/ more

This show was born from the fusion of Mande music from Guinea and Mali, whose interpretations are different, and from a cultural and musical mix, boosted by modern dances and percussion games. This fusion makes it a unique and original show. more
About "Sabaly" my new album 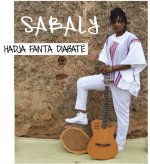 "Sabaly" means patience.
My father, before he died a few years ago, was advising me "be patient, calm down, work", and I am trying to apply this in my daily life especially with my music.
This Album is a mix of influence. I composed it in Mali, but also in Haiti when traveling there. I have meat lots of talented musicians and they probably influenced some of my music.
"Sabaly" is also an African Rock Album with songs such as "I'm ready to sing" or "Mugy Madé" (don't give up).
One of the songs "Boale Diallo" is an homage or a special thanks to a man called Boale Diallo who gave me a guitar (my first guitar) a professional Fender. I have composed most of the songs from this Album with this guitar.
"Sabaly" talks about our environement, with a song called "Suigida Lakana" (our environment) and the need for protecting our nature.
Finally, two songs about love ("Kanou" and "Toubani").
My Album on Amazon: https://www.amazon.fr/sABALY-Hadja-Fanta-Diabat%C3%A9/dp/B07NL8KLG4
on Deezer: https://www.deezer.com/en/artist/59168182
My Youtube : https://www.youtube.com/channel/UCYMJxyQvTM3Zy5kmbLoCclA

Thanks and a big hug to all !
Hadja more
Rock Mandingue by Hadja Fanta Diabaté 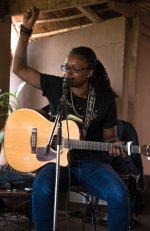 Young and very talented artist, singer and guitar player, Hadja Fanta Diabaté has unique rock voice and plays modern and emancipated African music. Her two first Single (Toubanu and Kanou) were launched in June 2016 and she is now finishing her first Album ! Visit youtube page at: https://www.youtube.com/channel/UCYMJxyQvTM3Zy5kmbLoCclA to discover a TV interview from her music tour in Haiti in october 2017 you can visit: https://www.youtube.com/watch?v=z7qsdCJlY7w&t=6s if you like Hadja's music and increadible voice you can support her simply by sharing it and make your friends discovering ..... Thanks! music lover and manager by heart ! more
PHOTOS 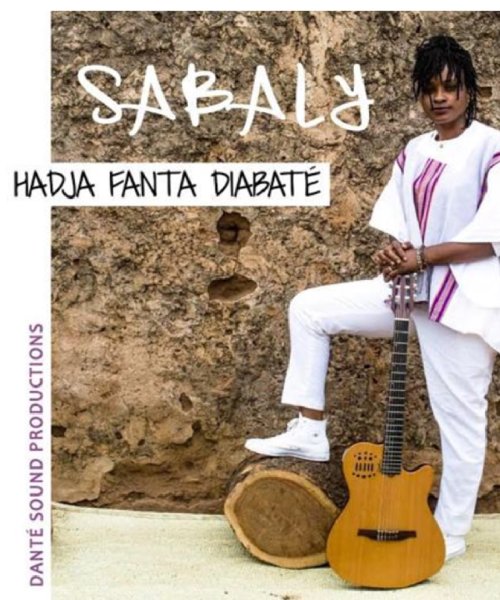 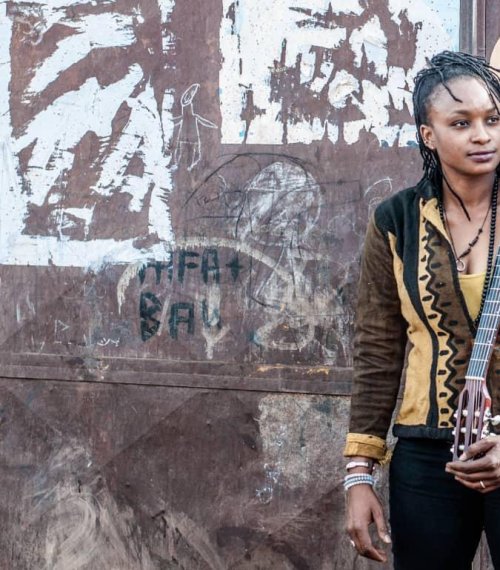 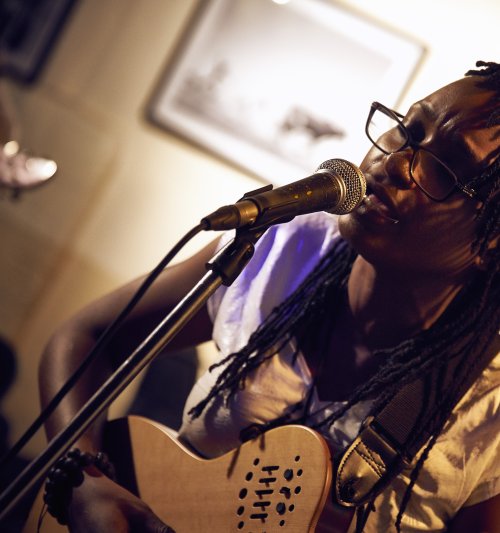 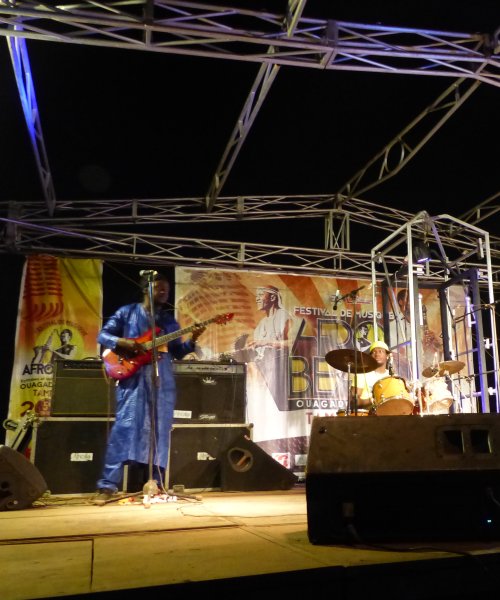 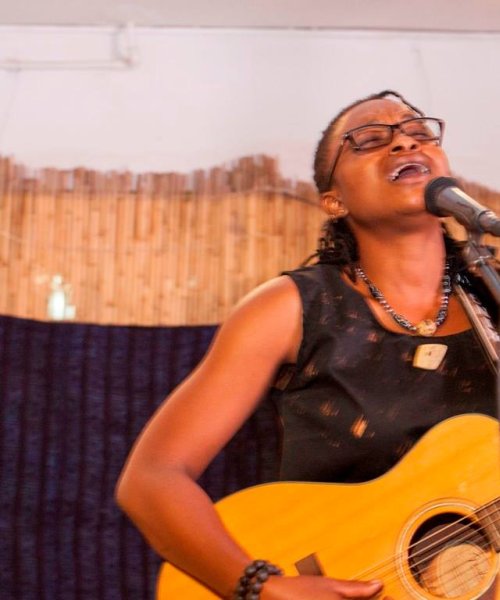 ABOUT
A native of Mali, Hadja Fanta Diabate; comes from the large Diabate family of the Mandé griots.

Hadja Fanta Diabate; started music as autodidact. Gradually, she joined the world of culture and made friends with Pope Sene and Kora Dembele; then National Director of Cultural Action in Mali. Self-taught, her obsession with handling the guitar ended up paying. From then on, she cuts her way, begins composing her pieces and is quickly noticed thanks to the timbre of her voice which is out of the ordinary. She begins musical entertainment in various key locations in Bamako.

Her songs speak about the life and realities of today's world. Nowadays, her repertoire is beyond imagination as she has a multitude of original works under her arm. June 18, 2016 Hadja Fanta Diabaté launches Toubani and Kanou, at her singles, at a press conference where journalists and public were conquered by her talent. A week after the official release of her singles, she was selected by a German organization during an audition whose purpose is to give a live show at the French Institute. Her project is to reveal to the world the cultural richness of Mali in its diversity but also to make her own emancipated music.

Quickly she started to be well known in the region and overseas, she plays in Haïti in 2017 and France in 2018. A part from her own solo project, she starts a collective project called The Warrior of Mané (Les guerrières du Mandé) in 2017 with great success in Mali and Guinea.

in 2021, Hadja has started a new cooperation with the composer and producer Mr Luigi Panico @Figliodipan production. New album to come soon .....

Her new ALBUM, SABALY, is launched on 8 February 2019. "The Queen of Mandingue Rock" as per the saying of the Malian press, make us travel in her universe with a very emotional and rythmic Album. "Sabaly" - the patience - for such a young dynamic woman!

Her unique african rock voice and style makes her the future great star of African music, according to the newspaper La Sirene.