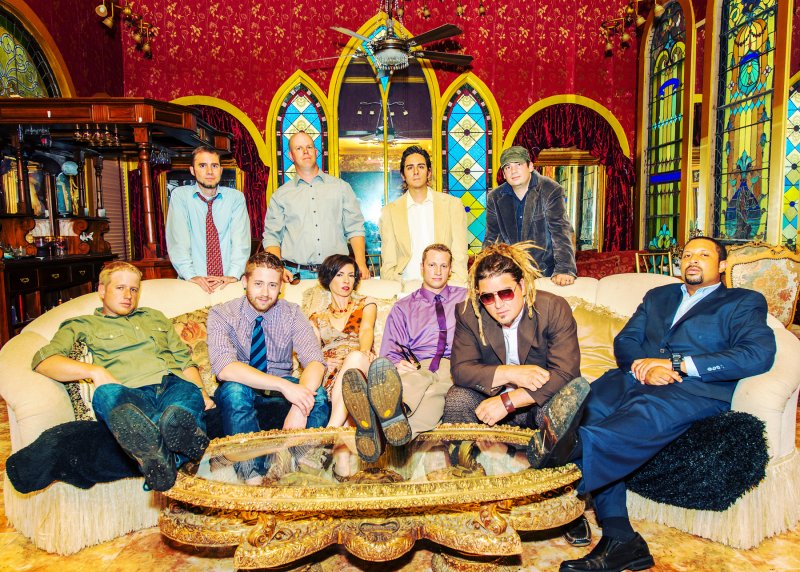 On The One
by Fake Flowers Real Dirt

Bullets Thru The Fire
by Fake Flowers Real Dirt
Followers

ABOUT
In the steamy basement of an otherwise unremarkable house in Baltimore, "Fake Flowers Real Dirt" forges their mix of genres from the funk/dope characteristic (e.g. funk, hip-hop): driving skank reggae moves to frenetic breakbeat/jungle, joined together with a series of quick jazz changes. Simple melodic lines and hooks give way to solos, with space.

FFRD's efforts began when singer Billy D William marshaled the forces of an accomplished group of veterans from the DMV music scene. Their goal is nothing less than sonic nirvana - obtained through the melding of diverse musical traditions into a form greater than the sum of its parts.

Atop the groundwork carefully, yet ruthlessly laid down by drummer Kevin Shuss and bassist / sound-man extraordinaire Ethan Montgomery, Billy D William sings skyward with gospel soul, singer Viki Nova adds delicious harmonies while increasing the band's class considerably, Dave Eynck invites listeners into his world with cerebral chord voicings and sound, turntablist GERM mashes and scratches (real) vinyl, Gene Chapman and Ernesto Ponce play searing and soaring sax lines - close your eyes and imagine Cannonball!!! - while Paul Haney and his trusty laptop go from buzzy synth, with attendant envelopes and filters, to your classic hammond B3. Brian Escavage provides percussion and extra drive to the deep rhythms - the icing on an already tasty cake! The group embraces the style nouveau while never forgetting the trivial inequality: 10 seasoned players, still on their way 'round the block > 1 laptop.

FFRD transcends superlatives; their awesomeness is matched only by their modesty. From the basement in a house in Baltimore, MD to your ears, "The flyest and the most, as real as non-fiction."