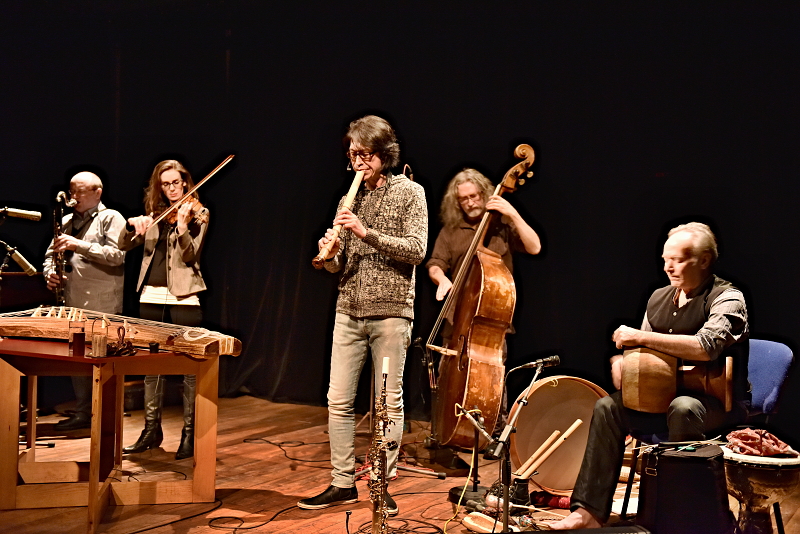 Empty Mountains Are Full Of Wind And Rain

Its... Contemporary!
by Empty Mountains Are Full Of Wind And Rain 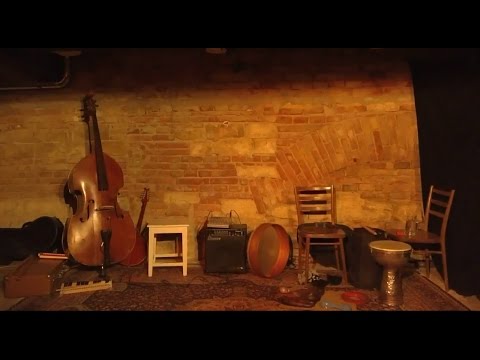 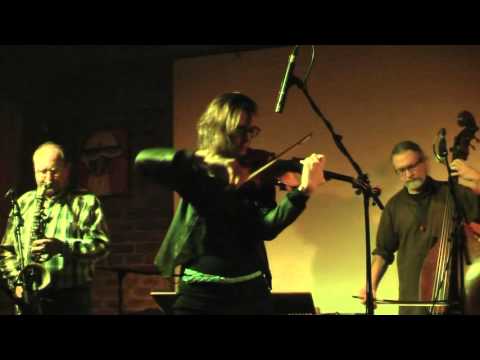 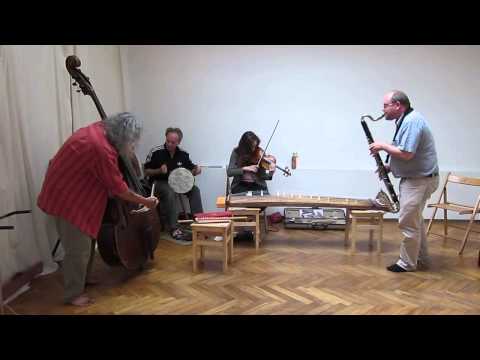 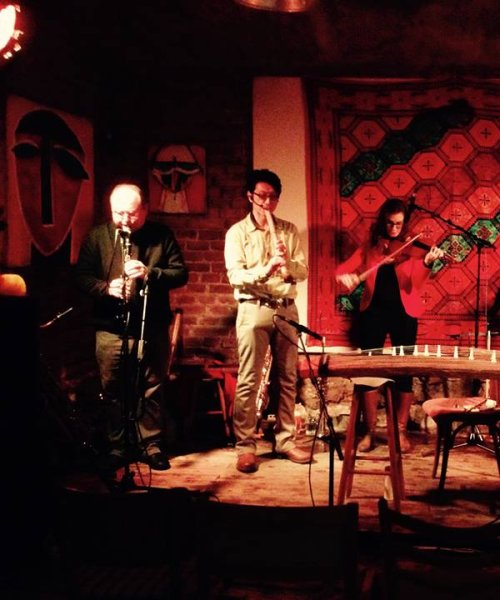 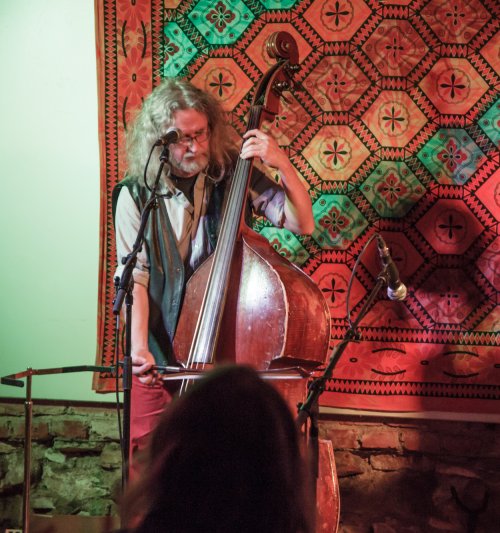 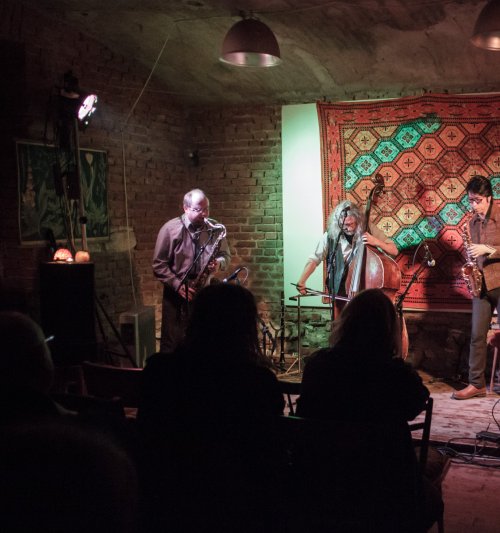 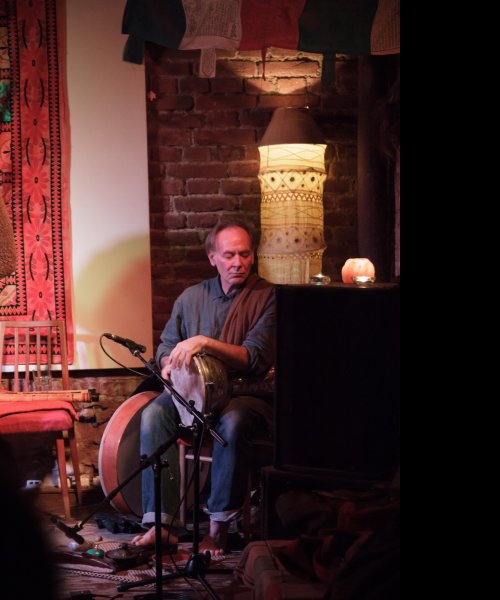 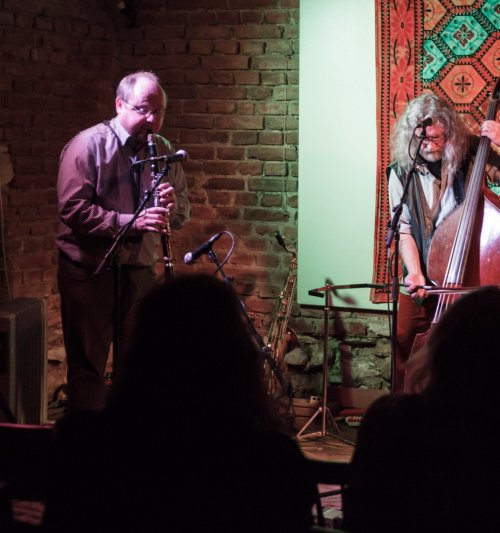 The band Empty Mountains are Full of Wind and Rain, whose name comes from an old Korean Zen poem, was founded as a trio by Michal Hrubý, a wind instrument player and founder of the bands Neočekávaný dýchánek (Unexpected Party) and Kapitán Kajman (Captain Cayman), Finnish double bass player Esko Mäkinen and phenomenal American percussionist Hearn Gadbois, who used to play and record for example with Patti Smith or Suzanne Vega, in September 2014.

Later on the international trio was joined by Seizan Kenji Osako, who plays the flute shakuhachi, and a young violinist and player of the Japanese string instrument koto Anna Romanovská (Berg Orchestra and others). The band focuses on free improvisation on the borders between jazz and folklore music of all the countries the members of the band come from.

In June 2015 the band created the accompaniment for the Czech part of the project Global Water Dance 2015.

Legends of Czech alternative music also performed with the band as guest players: cellist Miroslav Posejpal, shakuhachi player Vlastislav Matoušek or the saxophone player from the band The Plastic People of the Universe Vratislav Brabenec.

ANNA ROMANOVSKA FLIEGEROVAwas born in Prague in 1982. She has played the violin since she was five years old. At the age of nine she started to visit summer Master Classes in violin under Prof. PetrMessiereur, Prof. Jindřich Pazdera and Prof. Pavel Kudelásek every year till 2005.

From 1997 till 2003, Anna studied playing the violin at the Conservatory of Prague in the class of Prof. Karel Přibyl. In the spring of 2008 she finished master´s degree at the Charles University in Prague in two main subjects: teaching music and violin playing. In September 2009 Anna started her doctor´s studies at the same University.

During her studies at the Charles University she participated in chamber music masterclass MUSTUFE (MUsic STUdy FEstival) in Lithuania (April 2006 and 2007). In May 2007 she did a short- term attachement in Moscow. Anna spent also one semester in Dublin as an Erasmus student in St. Patrick´s College (2007). In June 2008 she won second prize on the nation-wide competition of Czech universities.

Since 2006 she has arranged summer Master Class for Prof. Bohuslav Matoušek in a south Czech cloister Zlatá Koruna during the Royal music festival Zlatá Koruna, where she worked also like a second manager for two years.

At the age of eighteen Anna become a solo violin player in the jazz orchestra of Prague´s theatre Na Fidlovačce. Since 2000 Anna has been a permanent member of Berg Chamber Orchestra (whose main repertoire is oriented to the original music of Czech and world´s composers of the 20th and 21st centuries). In 2006 she started to cooperate with South Czech filharmony orchestra.

Tutored under Kozan Yamazaki (recording and turing with well-known shamisen group `Yoshida Kyodai`) from 1990`s. Also studying under Tozanryu masters such as Taizan Kawamura and Houzan Nomura at the Tozanryu master-classes over last decade.

Other music back ground includes academic study of piano and jazz theory and ensemble with Ron Perry and Peter Domingues at the music department of Michigan State University in USA and for playing saxophone, toured with local blues bands in Japan, recording CD with local Moravian band, currently studying under Jiri Kulisev from Jaroslav Jezek Conservatory.

As a musician, composer, arragementor, conductor or teacher in following groups or companys in Tampere, Finland

In the years 2006 –2012 studys as wilderness guide and natural products advisor (CNPA).

MICHAL HRUBY was born in Broumov in East Bohemia in 1973. At the age of seven he started playing the recorder and when he was ten he went on to play the clarinet. Later on he added saxophone and bass clarinet and also a number of folklore wind instruments, mainly of Slovak origin.

When he was sixteen years old he founded a rock band called Sveřepé prase (Pigheaded Pig). Having moved to Prague he founded and was the leader of the band Neočekávaný dýchánek (Unexpected Party), one of the first Czech bands reacting to the boom of world music. Three years later he left the band and started a new band of similar orientation called Kapitán Kajman (Captain Caiman) and he was its leader until they split up in 2008.

Since then he has been playing in many bands and projects: Květovaný kůň (Flowered Horse) focuses on the works of the Czech composer Karel Reiner from the times of World War II, Trio Salaš (Trio Sheepfold), Mléčná dráha (Milky Way) and Prázdné hory jsou plné větru a deště (Empty Mountains Are Full of Wind and Rain) combine jazz and folklore music, Tři tenoři a kontrabas (Three Tenors and the Double Bass) arrange the graphic scores of contemporary Czech composers.

I grew up in the Midwestern United States and started playing hand drums professionaly in jazz and dance bands, supplementing my income by accompanying modern dance classe.

My musical education has consisted, than as now, of combination of private lessons with master practitioners, travel, and field research. Along the way, I studied Afro-Cuban, North Indian, Central Asian, Persian, Arabic, and Indonesian drumming and rhytmic sensibilities. I also studied musiacal instrument building and perform often upon instruments rhat I have made.

In 1981 I moved to New York, and quickly became immersed in the „Downtown“, or Alternative music scene, performing and recording with an incredibly diverse array of musicians and performers. I worked with many well-know artists (Patti Smith, Yoko Ono, Meredith Monk, Suzanne Vegaú as well as a host of lesser-know but equally important bands and composers.

A composed numerous scores for dance, and contributed to many film soundtracks.

I moved to Prague in 2006, and have been actvely involved in performing, teaching and composing.