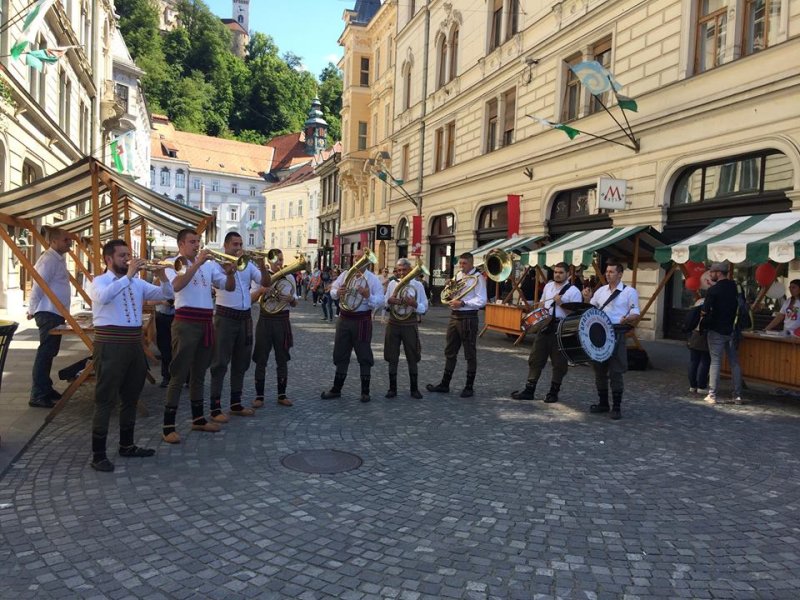 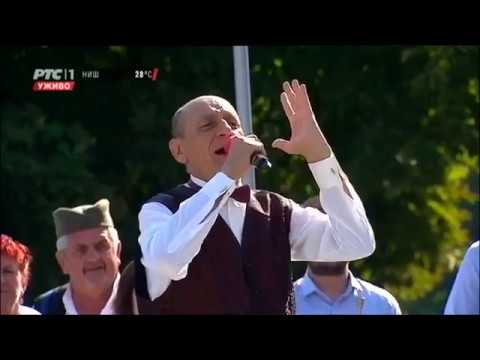 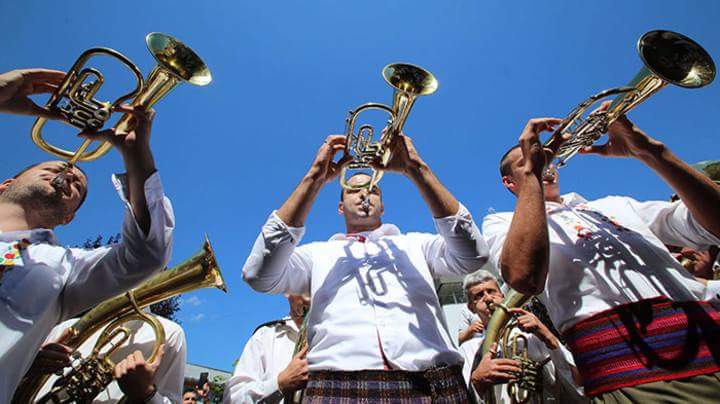 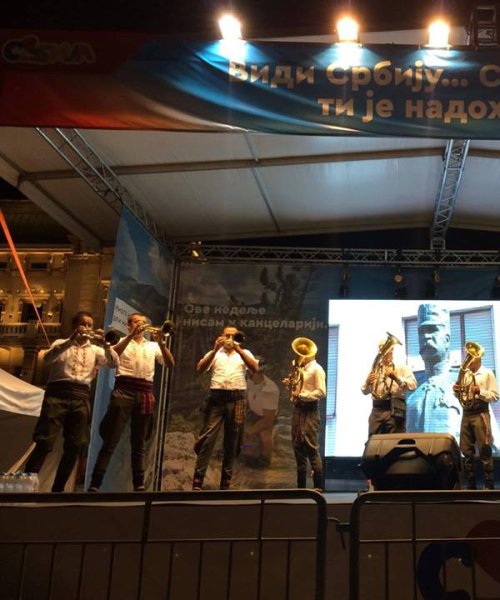 ABOUT
Brass band ‘’Dragacevske trube’’ was formed in March of 2013, as the successor of Jovica Pavlovic’s brass band which existed from 1996 to 2007 and won several awards like The best ethno playing in Lobez, Poland 2006 or The special award for the preservation of folk tradition in Kucevo 2007. The band has 9 members and it was helped and supported during its formation by Jovica Pavlovic, father of the current leader of the band, Dragan Pavlovic, who after playing accordion and going through music school, started playing trumpet at the age of 15.

Immediately after Dragacevske trube was fromed, the band started playing on various places and had numerous performances and through years, they gained more and more popularity and the band’s progress was obvious.

The orchestra has a diverse repertoire, which goes from the old Serbian songs and kolo from Western Serbia, new folk songs and music from other parts of Serbia, especially the Southern and Eastern Serbia, to covers of some foreign and international songs.

The band had its first performance on the Guca Trumpet Festival in 2015, which was a moment where a lot of people noticed them, so they performed again in 2016. and 2017. In the pre-competition for Guca Trumpet Festival, the band won several awards: The First Trumpet and The Second Orchestra in 2015, The Best Orchestra in 2016, The First Trumpet, The Second Orchestra and The Best Bassist in 2017.

Dragan Pavlovic, the band leader, is also a member of a newly-formed regge/crossover band YU420 from Belgrade, play trumpet and accordion, and he sometimes performs with the established band 357 also from Belgrade. In addition to his performances at the Trumpet festival, he has performed on some other festivals, including the Exit Festival in Novi Sad, Belgrade Beer Fest, Trenchtown fest in Palic…