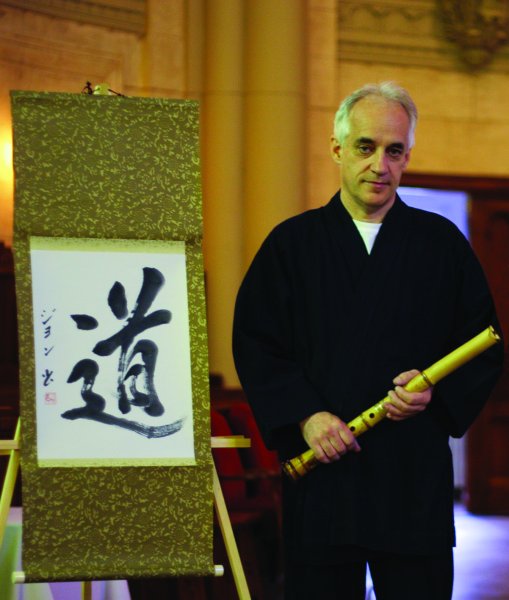 Tsuru No Sugomori
by Bruno Deschênes
See all tracks (14)
Followers

ABOUT
Bruno Deschênes is a Japanese shakuhachi player from Montreal. He performs pieces for the honkyoku repertoire, the pieces of which have been composed by a sect of Zen Buddhist monks. He is also an ethnomusicologist studying the aesthetics of Japanese traditional music. This is his first solo CD on the shakuhachi. He is also the co-founder of the Matsu Take Ensemble, based in Montreal. The ensemble performs Japanese traditional folksongs, dances and pieces fromt he honkyoku repertoire for solo shakuhachi.