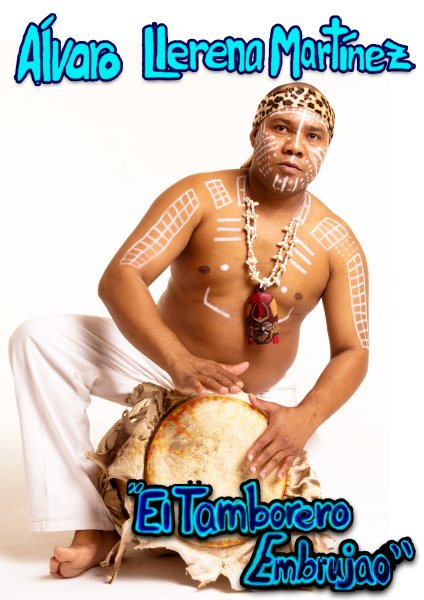 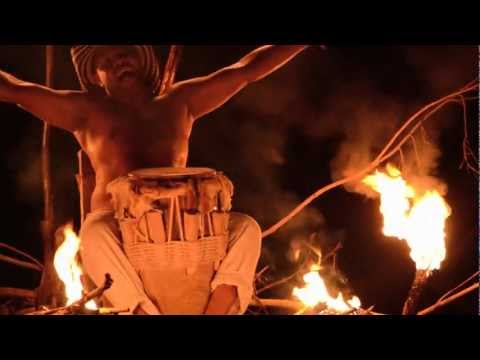 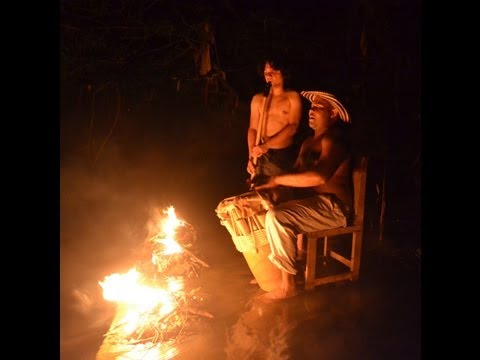 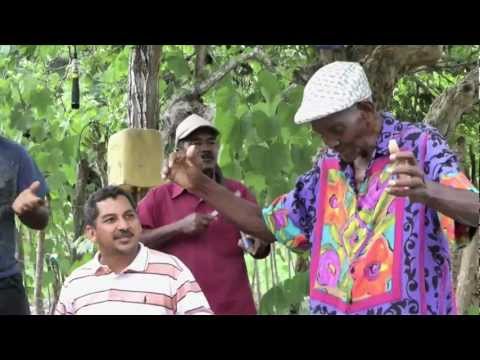 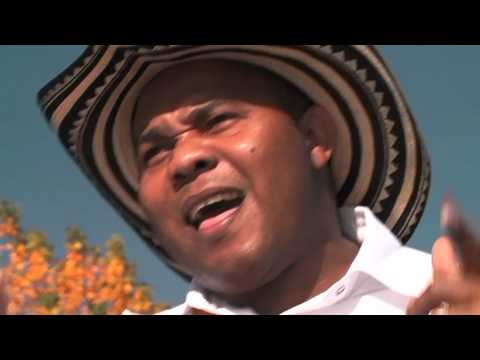 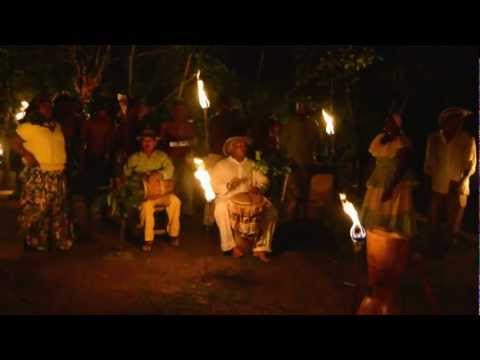 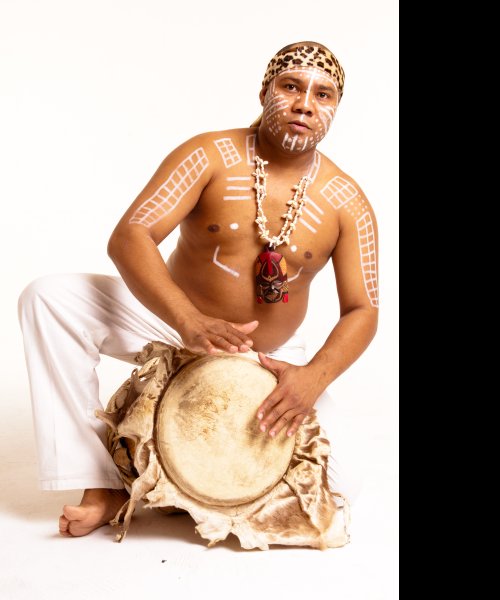 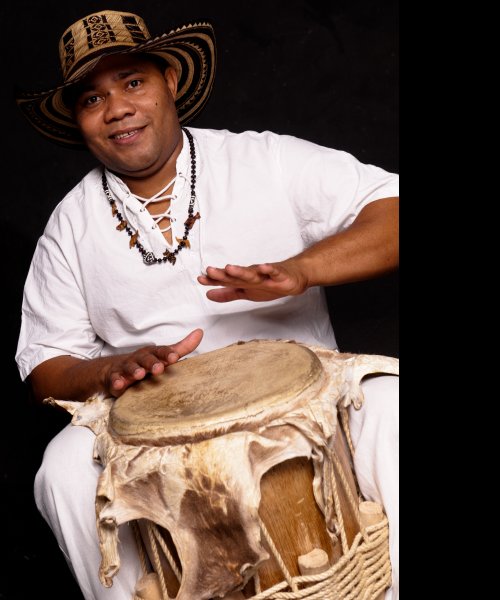 ABOUT
Since he was a child, a wicked rhythm was revealed in his hands, he played the wooden chairs of the kitchen, the bells in the yard, echoed his belly, his cheek of black Mandinga… Until one day, at the age of five, his mentor, Ramón Pío Sánchez, introduced him to a drum.

Álvaro Llerena Martínez also known as “The Bewitched Drummer” is a descendant of the ancient masters from the Carribean drum. Along his career he has participated in several musical projects. From 1985 to 2006 has been the main drummer of Petrona Martínez, his mother, the greatest Colombian folklorist. With her, he got a Latin-Grammy Award nomination in 2001 for the album “Bonito que Canta” In Spain he has played with Luis Mateus, Amina Osorio Adolfo Pacheco, the “Binomio de Oro de América”, the “Embajadores del Vallenato”, and more...

"Álvaro Llerena Martínez “The Bewitched Drummer” came with "Azúzalo" awakening emotions with his drum. His songs, full of live rhythms like cumbia, bullerengue, puya, fandango and champeta incite those who hear him to dance, igniting a flame of dancing fire from within. “I have the desire to sing, but I can't, Ladies and Gentleman,” says Álvaro at the beginning of the show and all the people, as if they are bewitched, celebrate, sing and dance."

"On stage, Álvaro is the lead vocal and lead drummer and he is acompanied by high class musicians. Shangó Dely, Colombian Drummer who has worked with the Grammy winners Carlos Santana, Emilio Estefan, Carlos Vives, DMX, KC Porter, John Barnes, JB Eckl, Andy Vargas and Brian Culbertson. He is the producer of “Azúzalo” and director of the group. Alex Flores, great composer and singer from Colombia, trained on the classic Spanish guitar and experienced in the rhythms of his native country, he does the choral work and plays guitar, bass and maracas. William Carreazo from Cartagena de Indias (Colombia) captivates the people when he plays his Colombian gaita. Completing the group, are Rafael Ballesteros on the bass drum and Clara Sancho on the third drum and chorus, and other musicians are invited depending on the show. "Azúzalo", his first album, brings all the Carribean flavour and the unique magic of The Bewitched Drummer, the man who burns with his voice, the man with the electrified hands."