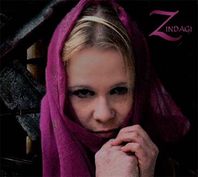 ABOUT
Zindagi is the latest musical project of former Pilori singer Marion Urbach.

Starting back in 2009 with a vague idea for a new sound, the project has now developed into a unique gem of experimental music. Zindagi is the hindi word for life and the music represents a journey through all stages of life. Indian sounds are used to create this incomparable mix of musical emotions that can best be described as ethno ambient. In the past Marion has released several CDs with her former band Pilori and played concerts all over Europe. Besides this, her voice can be heared in various collaborations with other musicians in uncountable guest appearances on CDs and also live on stage.