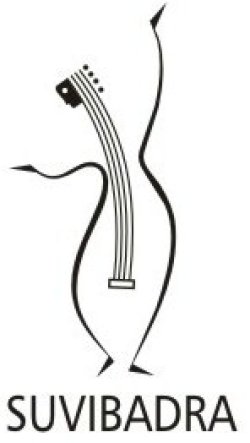 India
Videos
Blog
About
VIDEOS
Play all
Muraağam - Azerbaijan Mugham & Indian Classical Music
by SuviBabadra Creations
Influence: Middle Eastern , Asian
Genre: mugham classical, carnatic classical, azerbaijan mugham
share
repost
comment
add to favorites
Carnatic Jazz - 2
by SuviBabadra Creations
Influence: Asian , West European
Genre: carnatic classical, jazz, mugham
share
repost
comment
add to favorites
Carnatic Jazz - 1
by SuviBabadra Creations
Influence: Asian , West European
Genre: jazz, carnatic classical, mugham
share
repost
comment
add to favorites
Carnatic Jazz - 3
by SuviBabadra Creations
Influence: Asian , West European
Genre: carnatic classical, jazz, mugham, arabic
share
repost
comment
add to favorites
BLOGS
French Jazz Marries Carnatic Music
Exploring other forms of music is a challenging experience. When the French Jazz group YAPA and I decided to put our heads and hearts together to make common music our first question was - Where would we rehearse? In the confines of my home, we decided. I was hesitant that the guitars and the drums would be loud enough to disturb neighbours. But my fears were laid to rest as the young men began to play. The three guitarists - Simon, Fabrice and Christophe were soft on the strings and Xavier the percussionist was most non intrusive. He was quite like a good mridangam player as the late mridangam maestro and guru Raghava Iyer would say - ‘ A good mridangist follows the lead musician and enhances his playing in order to enhance the music. That should be his goa l’.  Xavier did fit this bill in many ways. He enjoyed and understood the essence of the music he was following and gently supported even while uplifting it in his unobtrusive way. The musicians had worked with other forms of music and were both curious and excited to play with Carnatic music for the first time. Our common explorations took us through Sindhu Bhairavai and Nattakurunji and myriad other ragas; several rhythms, structures and frameworks were discussed and worked out. Of course, with useful suggestions and critiques by Badri my husband and Camille the mast head of the group. David the observer, lazed around, but gave the approving nod each time that helped us proceed. My daughter’s room was momentarily converted into a music jam room, with six French men, one Carnatic singer, guitars, drums, shruti box, and my husband and daughter at beck and call ! We rehearsed for more than a few hours over chai, biscuits and the goods ! We heard each other live and took our homework forward. What was born as a fruit of this labour was an amalgam that transcended frontiers, was seeped in musical understanding and the desire to create anew. When Badri’s limited culinary skills manifested themselves in the form of grilled tomato and cheese sandwich with piping chai, Simon put down the guitar in sheer resignation. Needs of the stomach had to be addressed first! Our studio recording at Blue Frog was a smooth sail. We had our share of dismay, frustrations and fears. But upon hearing and rehearing our work, we were not altogether unhappy. The meditative strain as the French musicians hailed Carnatic music, was ever present. In retrospect I felt there was a lot of my music in it at all times. David allayed my thoughts by saying that they would like Carnatic music to have a pride of place in this creation as it is not every day that they work with such a genre. The piece was baptized Soleil Indien or Indian Sun. Perhaps it will be rechristened as the album gets released. In any case, my French friends would welcome the sun even if only in music as they herald Christmas with snow and biting cold. YAPA is colloquial French for ‘there isn’t’ and implies a limitless continuum. I suggested in jest that the new album be titled Yapa que ca ! Which could mean, ‘there’s more to it than just that’. In any case, the French men’s Indian jaunt went beyond making music. Simon went to do guitar shopping for someone and Fabrice came back with a bag full of percussion booty - some ghungroos, cymbals and other things. Exploring Goa and Indian markets was much on the agenda. Simon, the last to leave finished his trip with an elaborate feast as he accompanied us to a neighbour’s wedding. Which was to be followed by an Indian barbecue. Indian music and Indian food - do they have any parallel at all ? more
Follow
Send Message
About
With international & multi-cultural expertise SuviBadra Creations bridges the gap between art, people, cultures and languages, by collaborating with world musicians.