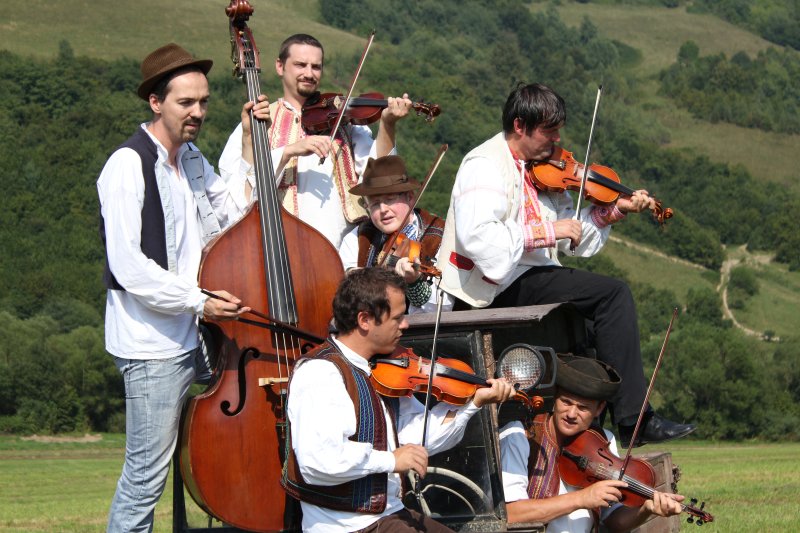 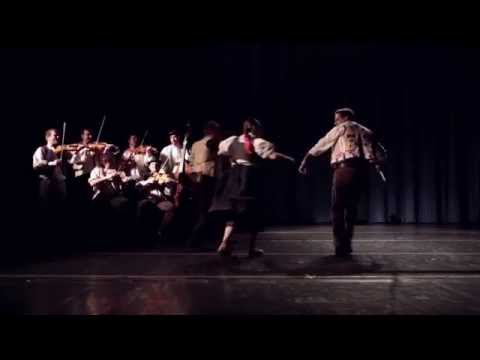 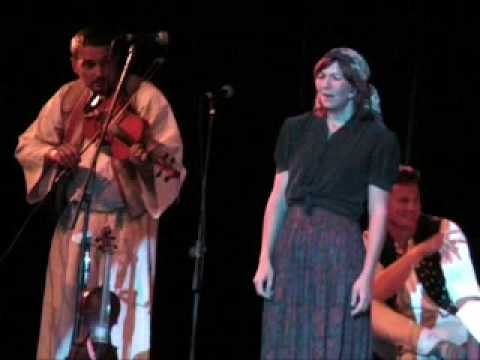 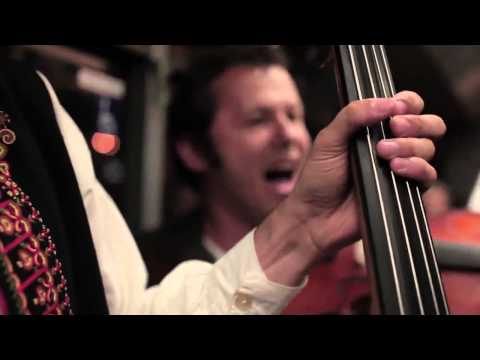 + 6 more
ABOUT
Muzička has a kind of special status on the Slovak traditional music and dance scene. It happened to be at the birth of the new movement in Slovak traditional music and dance interpretation in the90-ties. Young musicians started to reject the previously established kitschy-romantic adaptations of traditional material and decided to dedicate their attention mainly to the study of authentic recordings. Muzička presents results of this wave to the broad public. It is not unusual to see hundreds of people dancing to Muzička’s music. Every member of Muzička, apart from playing, also sings and singing is an equally important part of its expression. On top of this, Muzička often cooperates on performances with a small group of excellent dancers. Most of Muzička’s showcases take place in Slovakia, which still has a very vivid scene of traditional music. Muzička performed at all of Slovakia’s largest folklore festivals, but also at multi-genre festivals such as Pohoda. Muzička also had many successful performances in Hungary, Poland, Czech Republic etc., where they cooperated with some quite famous musicians – e.g. Fono Band (Budapest), Jan Karpiel-Bulecka (Zakopane-Poland). Two of Muzička’s recordings were nominated for a Slovak version of "Grammy" – Radio Head Awards in the last 4 years.