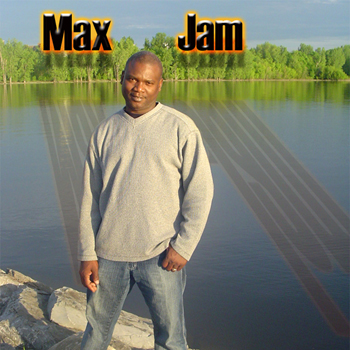 ABOUT
Max Jam is a poet who was born Maxwell Morris, in St. Thomas, Jamaica, 1967. He arrived in Toronto, Canada when he was 8. With him came his love for the Jamaican patois, pastoral beauty, food and unique expressions from the island.

His eyes always wide open, Max believes in personal improvement and societal change for the better. Bob Marley is his greatest musical influence, inspiring him to sing and to write songs about love and freedom.

Whether it's on record or the picket line, Max will continue working hard to clear the way for all children and all wo-man-kind. He is married and has 5 children, and currently resides in Ottawa, Ontario. -

Wayn'e .B was born in Clarendon Jamaica and grew up to the influence of reggae music, Bob Marley being his main influence. He moved to Canada in the 80's and quickly became engulfed in the pop culture, including the music of Michael Jackson.

Wayn' began singing at the age of 13 to an audience of his sisters in their garage in Toronto. His voice started to mature and grow when he became a part of a quartet at his church.

Singing for Wayn' is his greatest passion, and he can be heard singing wherever he goes, no matter what he is doing. Friends have always prompted Wayn' to record. Meeting Max Jam was the final temptation. Wayn' resides in Ottawa, Ontario, Canada