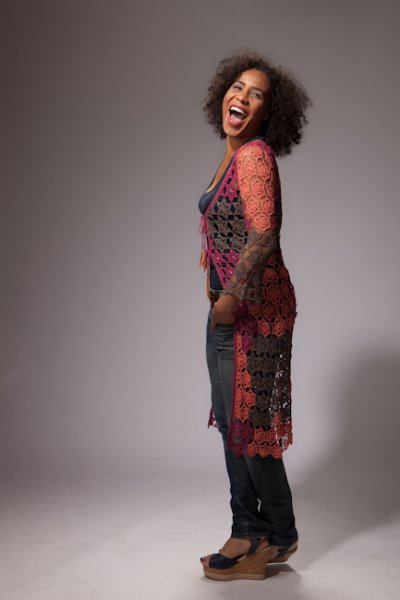 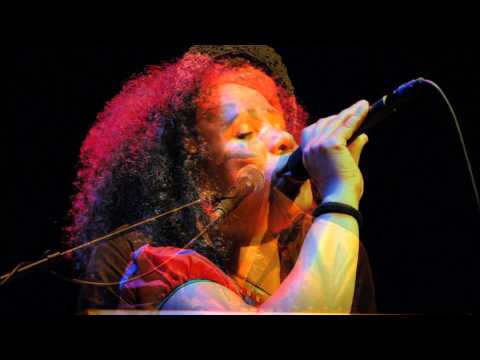 ABOUT
Lilian Vieira, born Sept. 11 in Teresopolis, Rio de Janeiro Brazil. Her first duo shows as soloist are in Brazil, with guitarist Gilson Fernandes. Lilian sings mainly in Brazilian Portuguese. Her musical idiom is Brazilian. She also works with Jazz, Soul and Funk bands, and even DJ’s because of her great ability to improvise. She owns a special timbre, a very fine hearing, a charismatic stage presence and she knows the lyrics of hundreds of Brazilian songs by head.Lilian arrives in The Netherlands in 1989, and graduates from the Rotterdam Conservatory in 1997 where she meets the drummer Stefan Kruger.Kruger introduces her to the German pianist Stefan Schmid. At that time Kruger and Schmid are part of the New Cool Collective.The trio records with the newly Electro Jazz band SfeQ, and later form Zuco 103. With Zuco103 Lilian recorded four studio albums, a live album and two remix albums as a singer and co-composer of the music and lyrics. These albums are released worldwide by the Belgian label Crammed Records and for the USA by Six Degrees Records.The band is characterized by a strong live act. In 12 years time they toured all corners of the world from Siberia to South America.In 2010 Zuco103 takes a so-called creative break, and the individual members undertake other and different projects.At the end of 2011 Dutch National television broadcasted a documentary about Zuco103.Together the members of Zuco103 produced 2 tracks for a new album of the British pop star Joe Jackson with a worldwide release planned in 2012.Projects besides Zuco 103:In 1994 Lilian forms the group Bacán. This Brazilian fusion group signed on the label ‘Challenge’ for 2 studio albums.In 2005 Lilians solo project Lilian Vieira´s Samba Soul 70ties tours along the Dutch theaters.Lilian was guest soloist for Roberto Menescal, DJ Marcelinho da Lua and Bossacucanova in Paris in 2007.Between 2008 and 2010 Lilian returns to her Brazilian roots as a guest soloist for Grupo Cariopa, predominantly playing classical Choro’s and Samba repertoire from the beginning of the last century.In 2008 the Amsterdam Concertgebouw asks Lilian for a performance with the Brazilian classical oriented guitarist Rogerio Bicudo. A Dutch theater tour follows, and ends with a show on the North Sea Jazz festival.From the moment Zuco103 took a break Lilian works together with a great variety of artists ranging from funk singer Shirma Rouse, the afrobeat band Mdungu, the rapper Typhoon and the Metropole Orchestra, and Vince Mendoza to writers as Ronald Giphart.She performs a vocal track for the Boy Edgar award winner Yuri Honing, creates a dance hit with DJ D-Rashid, and records the Dutch Amsterdam folk classic 'diep in mijn hart' with the reggae band Jah6.At the end of 2011 and beginning of 2012 Lilian tours the Netherlands as part of the trio Nomads at the side of the Antillean singer Izaline Calister and the Moluccan singer Julya L'Oko. Their repertoire is a special journey through the lives of the singers and is characterized by a mix of their roots and pop music.Next to working on her solo album she is still a much-asked soloist. In March 2012 she worked together with the dj and producer Marcelinho da Lua in Portugal, which generated a lot of new ideas for both. The Metropole Orchestra, this time lead by Vince Mendoza, invited Lilian and the jazz saxophonist Joshua Redman to perform a.o. the famous Brazilian song Carinhoso at the North Sea Jazz Festival 2012.In August she and Gideon van Gelder interpreted the works of Toninho Horta in the Concertgebouw Amsterdam.In 2012 Lilian is working on her first solo album, which will be based on the Samba Rock sound of Brazil, mixed with a western rock and soul sound. In the meantime she performs live on festivals with her new project.