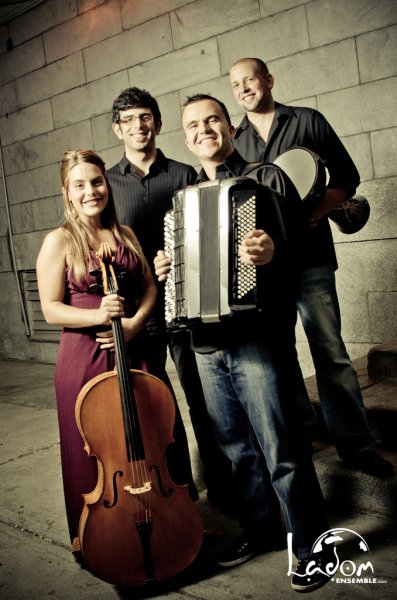 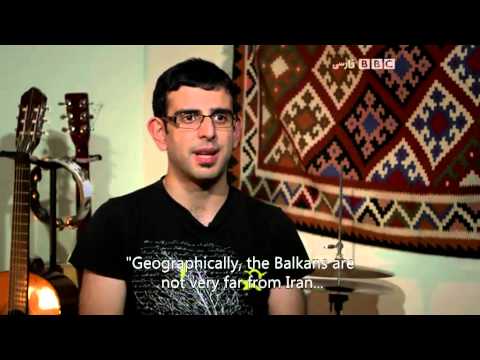 Errol Nazareth – CBC – CD Review "I can honestly say that this is the first time I have heard such a fascinating mix and it really works well. The music can be very elegant and contemplative and it can also be rocking and fiery and there is no denying of the passion of the four musicians investing in their playing." To listen to our album please visit: http://ladomensemble.bandcamp.com/album/ladom-ensemble more
Followers

ABOUT
I first saw the Ladom Ensemble during a storm. The audience’s trek through high winds and thundering rain was echoed by the dramatic voracity of Ladom. The performers also embraced the intimacy that was created in the shelter of the glowing chapel venue. In fact, this contrast demonstrates something essential about the Ensemble, their sensitivity to both darkness and light, sound and silence, containment and freedom. Each member knits these juxtapositions together with a personal intensity that is reflected brilliantly in the tracks that you find here, on their first, self-titled album.

The identities of Ladom’s four members contribute to their unique musical make-up. The co-founders and composers for the group, Pouya Hamidi (piano) and Nemanja Pjanić (accordion), lend the main ethnic components to the Ensemble’s sound. Born in Iran and the Serbian Republic respectively, they integrate key elements of traditional Persian and Balkan musics within a contemporary classical groundwork supported by the two Canadian members – Marie-Cristine Pelchat St-Jacques (cello, Quebec) and Adam Campbell (percussion, Prince Edward Island).

Many of Ladom’s songs have Farsi or Serbian titles – Noor means ‘light’ and Raha means ‘release’ in Farsi, while Veles is a Balkan influenced piece that refers to the name of a god in Slavic mythology. The ethnicities of the composers are showcased in musical terms as well. The melody of Tebi Majko Misli Lete resembles Sevdalinka, a Bosnian folk music genre, while Kasaba is reflective of Serbian folksong from the provinces of Kosovo and Metohija. Chahar-Mezrab was originally composed for the santur, an Iranian instrument similar to the hammered dulcimer, and explores traditional Persian dance.

The Ensemble’s energy is highlighted in its other dance repertoire as well – particularly in Prelude and Dance, and the grandiose Goriz. However, two other pieces best demonstrate Ladom’s innovation in this area. Fugata and The Flying Balkan Dance are prime examples of the Ensemble’s ability to delve into contemporary and cross-cultural interpretation.

Marie-Cristine and Adam both hold Masters of Music performance degrees from the University of Toronto and are professional musicians in diverse musical settings. Pouya and Nemanja each have one or more Bachelors degrees from the same school, Pouya focusing on composition and performance, and Nemanja on music and education. Collectively, the music that the Ladom Ensemble creates is intelligent, culturally elegant, and thoroughly entertaining.