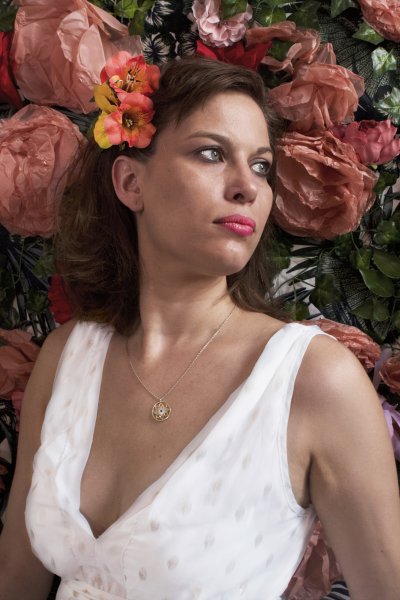 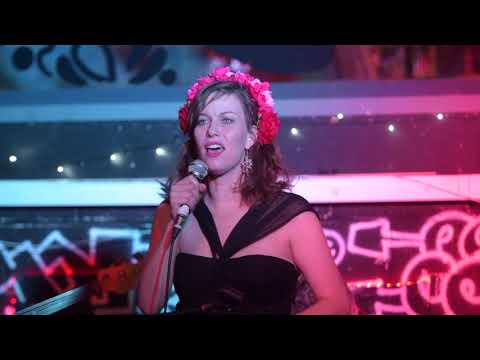 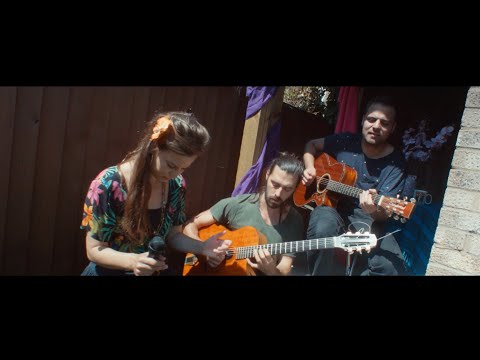 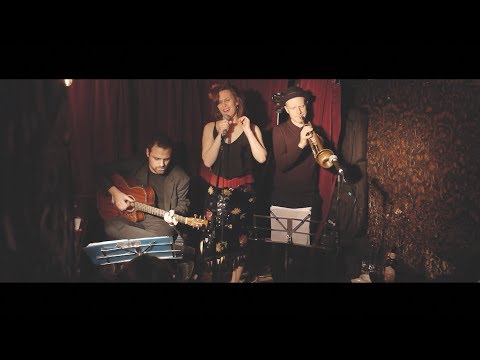 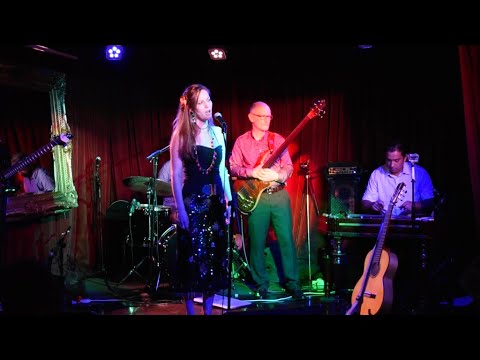 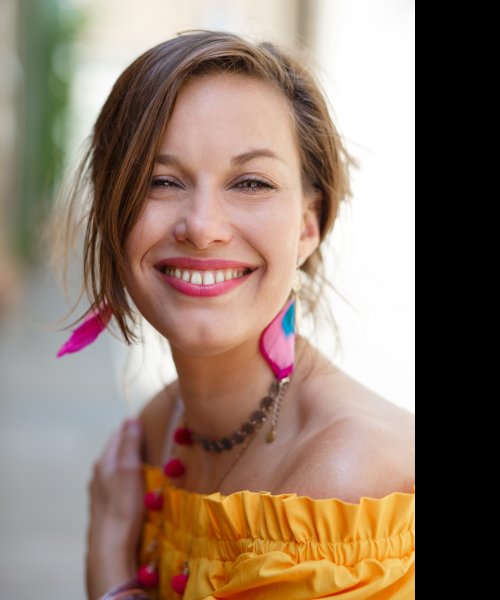 Photo by: Kate Thomas
About: Smile 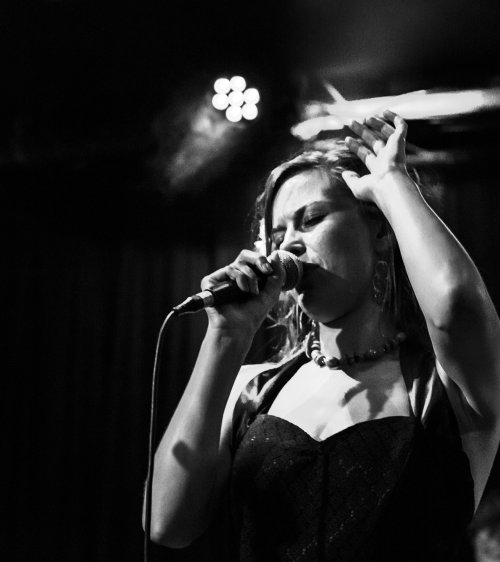 Photo by: Kate Thomas
About: Jazz 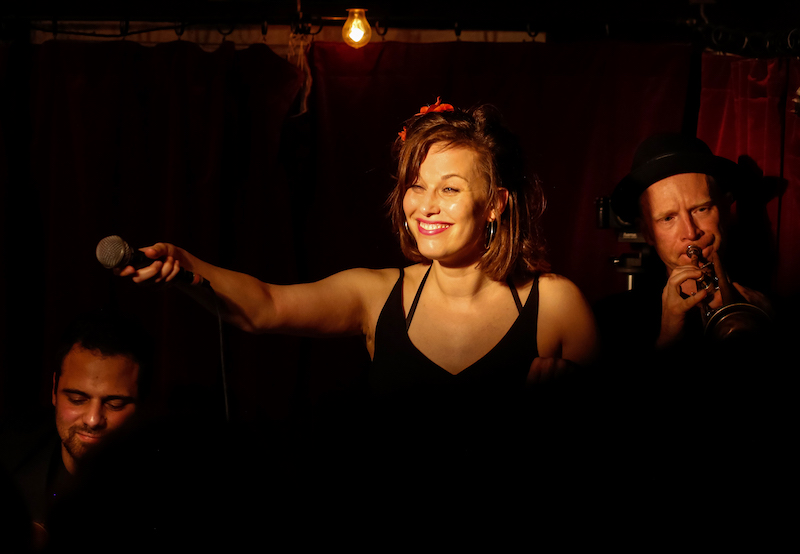 Photo by: Kate Thomas
About: The Green Note 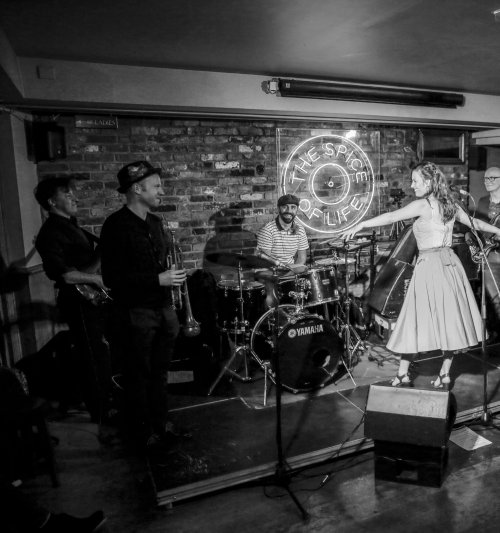 Photo by: Kate Thomas
About: Spice of Life 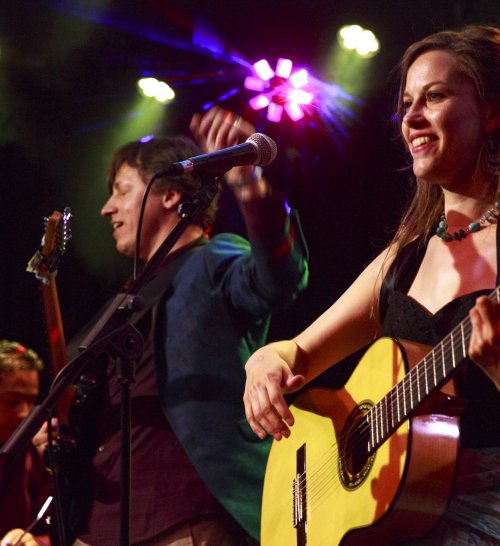 Kate Thomas is a London based singer-songwriter with influences from Jazz, Latin, Gypsy, West European & World music. Kate travelled the world for many years as a singer and has performed in multiple genres; all of which you can now hear in Kate's music.

Kate performs regularly at the well established Jazz, Roots and World Music venues in and around London and is currently performing her show "A Journey Through Bohemia". The show is a fusion of Jazz, Latin, Gypsy Music, Alternative Pop & Originals. Expect a variety of languages weave in and out to take you on a heart moving but also a foot tapping eclectic journey.

"One of the most entertaining and engaging shows I have ever experienced ... Kate’s phenomenal charisma and encouragement of audience interaction created an electric atmosphere ... an exceptionally talented performer; the audience singing along, dancing and rewarding every song with rapturous appreciation ... such a superb talent ... She is certainly one to watch and an artist we hope to work with again in the near future.” (Arthouse Music)
"Delightful!" (BTL Jazz)
"Like Edith Piaf and Judy Garland all wrapped up in one”(Helen Lederer)
"Always puts on a great show! Performing a range of genres from jazz, Latin, gypsy music and pop. Always entertaining, you won't be disappointed!”
(FLAT50 Arts Management)

This year (2019) Kate was supported by Music Gateway to attend the MIDEM music conference in Cannes, France and excitingly MIDEM themselves will be supporting Kate to return next year (2020). Back in 2017 Kate was supported by PRS for Music and released her debut EP "The Lion's Raw" and this is what they have been saying about it:

"Sultry dame" (All About Jazz)
"Where the energy of rock blends in with the intimacy of folk" (A&R Factory)
"Will make you want to watch Chocolat again." (Frequency 21)
"Kate Thomas you certainly have a style of your own" (Mel Watson, Phoenix FM)

Kate has just released (January 2020) her long awaited NU JAZZ SINGLE "HOW DID I GET BACK HERE AGAIN" with Howl from the Embers. It is currently getting airplay on JAZZ LONDON RADIO, JAZZ UK & Riverside Radio. ​It is AVAILABLE on all major platforms and you can BUY directly here.