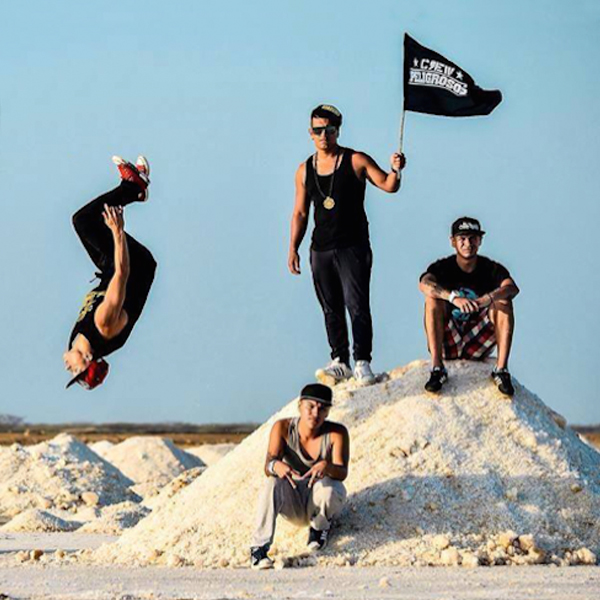 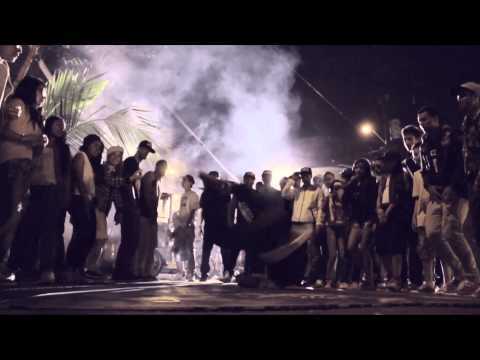 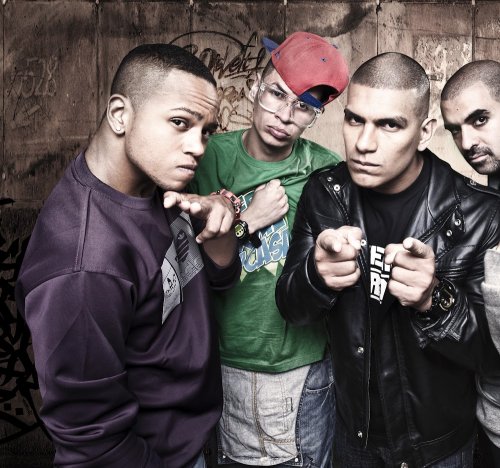 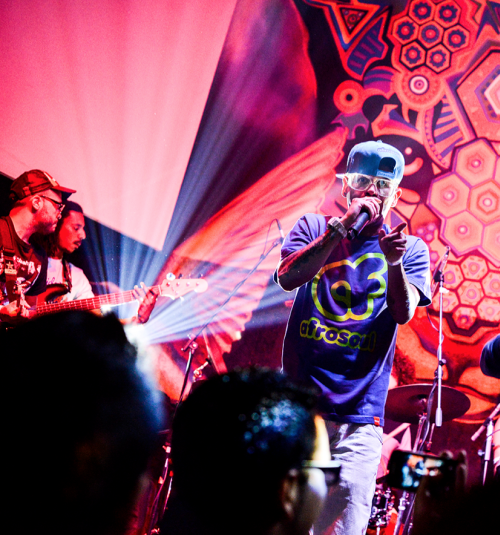 ABOUT
CREW PELIGROSOS is considerated as the best Colombian Hip-Hop band as they just won the “best hip-hop band” award in the “Premios Shock” (Colombian grammy awards) last year. The project began as an artistic alternative in the neighborhood of “Comuna 4/Aranjuez” in Medellín, Colombia. So it’s in Aranjuez that Henry Arteaga, known as El Jke (the chief) created the crew, soon join by the amazing MC P.Flavor and the young DJ RatRace, all members of the same neighborhood.Crew Peligrosos is not just a band, it’s a life project, a collective that works and lives for the people of Aranjuez, one of the dangerous place in Medellín. To give an alternative to the violence to the people, they decided to build a Hip-Hop school named 4 ELEMENTOS SKUELA and the festival HIP4.In December 2011, came out the first single “MEDAYORK”, a tribute to both city Medellín and New York. It will reach the top in 2012 in the charts of the national radio RADIONICA. The video clip of MEDAYORK was filmed in the streets of Medellín and directed by Alejandro Niño.At the beginning of 2012 came out the second single, MERA VUELTA, and was followed by a tour in the entire Colombia2012 was also the year of the firsts big shows. They were invited to play in the biggest festivals in the country, Estereo Picnic, Festival Iberoamericano de Teatro sharing the stage with TV On The Radio, MGMT, Toto La Momposina Cassius, Yuksek and Bomba Estero. A tour followed by another one in France in the Festival GeNeRiQ, where they shared stages with the biggest French Hip-Hop artists as Youssoupha, Oxmo Puccino, Nemir, etc...CREW PELIGROSOS began 2013 with the SXSW festival in Austin; then finally, the debut album “MEDAYORK” came out and the band could hope to reach another level. MEDAYORK was recorded in Medellín with the Mexican producer, Toy Selectah. Tom Coyne made the mastering in the studio of Steling Sound in New York. Crew Peligrosos finally signed with the local label Polen Records (Bomba Estereo, Sidestepper, Mitu, etc...)With the album, came out the second clip, ESTO TIENE LO SUYO, directed by Christian Schmid and filmed in Aranjuez with the b-boys and b-girls of the 4 ELEMENTOS SKUELA.Lately, CREW PELIGROSOS went on a 2 weeks tour sponsored by Red Bull and Shock in the north of Colombia. The director Christian Schmid filmed the tour and a web-serie called LA MERA VUELTA, now available.  4 ELEMENTOS SKUELA it’s: more than 400 kids from Medellín learning the whole Hip-Hop culture for free; 16 teachers of Break-dance, graffiti, drums, history of Hip-Hop, Djing, Rap; a school that is growing and growing to began one of the biggest Hip-Hop school in America Latina!