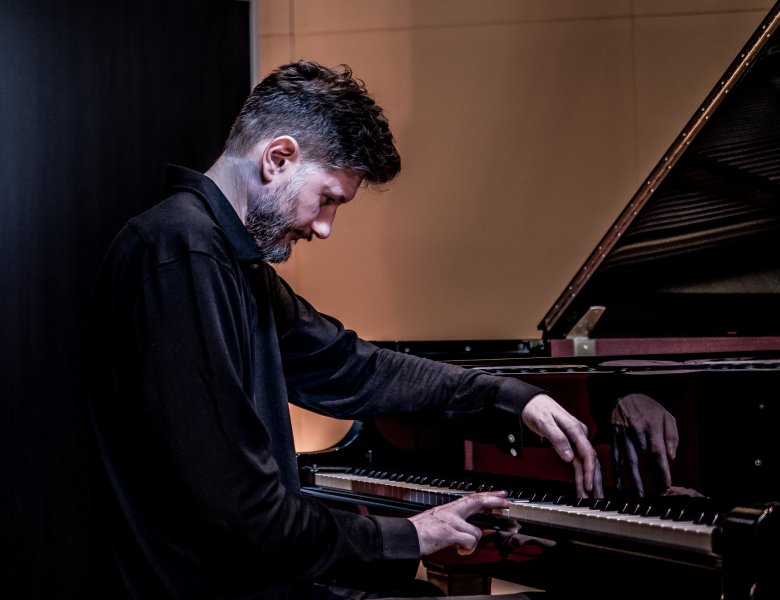 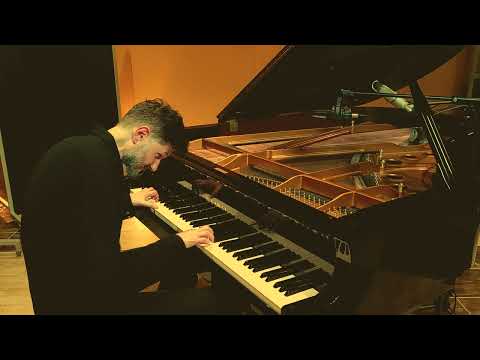 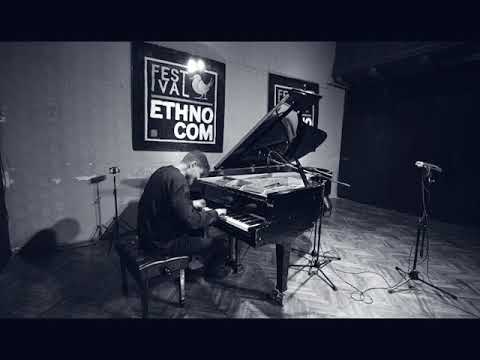 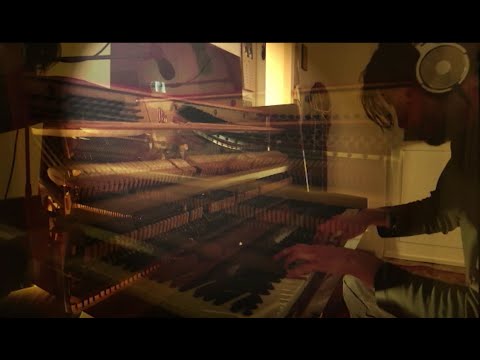 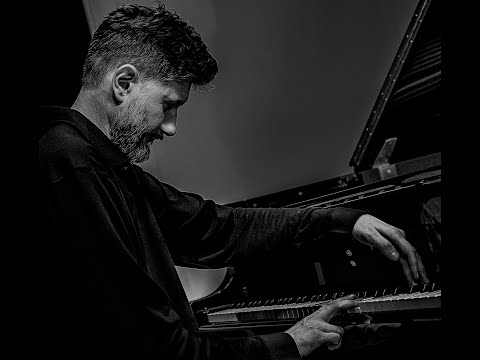 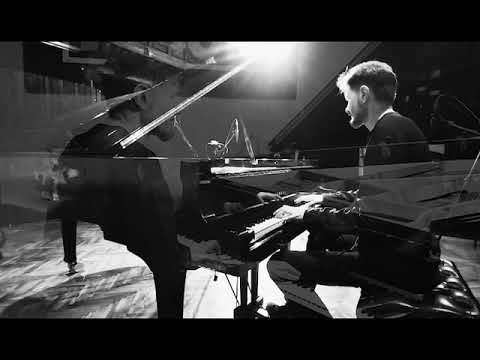 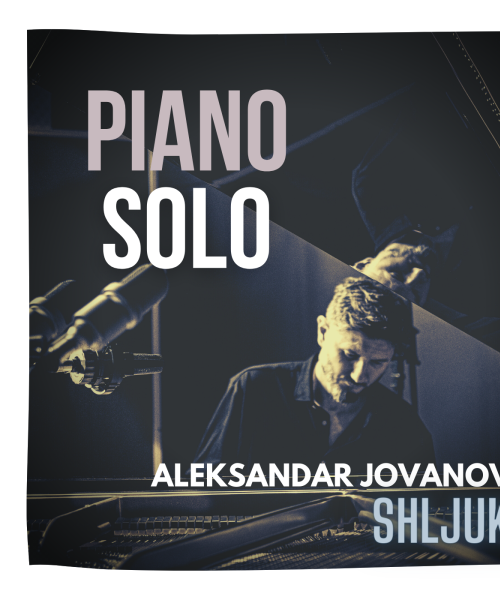 ABOUT
• Aleksandar Jovanović Šljuka - pianist, keyboardist, composer, arranger, was born in Zaječar in 1978, where he began his musical career doing solo performances, and with the Alegorian Jazz band in 1999, with which he revived jazz playing in Zajecar after a decades-long break (which was also recorded on one of the public recordings of the radio show "All That Jazz" on Radio Belgrade 202).
• Since 2004, he has been working with the band Coolares, with which he has had more than a thousand club and concert performances throughout Serbia and the surrounding countries.
• In 2009, he founded the jazz trio Woodcock Group, with which he began his composer career, and performed throughout Serbia, and in 2011 this trio released the album Water Stories, for the label Sunset Jazz Recordings from New York.
• In 2012 he joins the Serbian Jazz BRE! project as a pianist, composer and arranger. With this band, he released two studio albums (‘Serbian Jazz BRE’ in 2013 and ‘Serendipity’ in 2015), as well as one live album, dedicated to legendary Serbian drummer Branislav Lala Kovačev. They have performed at almost all jazz festivals in the country (including a big concert at the annual 30th Belgrade Jazz Festival), as well as at many European jazz festivals.
• Since 2015, he has been collaborating with writer and rapper Marko Šelić Marcelo as one of the composers and arrangers on the albums ’Napet Šou’and ’Nojeva varka’, and as a keyboardist with the Napeti Quintet, with whom he played a number of concerts in Serbia, Croatia, Bosnia and Herzegovina, Montenegro, Northern Macedonia, Austria, Germany ...
• In 2017, for the first time, he introduced himself to the public as a songwriter and vocal soloist with the project "SHLJUKA" and released an album called "Iluzija" for the label Lampshade Media. With this project, he performed at solo concerts and festivals in Serbia and abroad.
• He also successfully performs as a solo pianist, performing original compositions and improvisations, as well as traditional songs from the Balkans, throughout Serbia, as well as abroad.
• Since 2021, he has been a permanent member of the world music band "Shira U'tfila", with whom he recorded the album "Las Amores Sefaradis".
• During his career so far, he has performed, recorded and collaborated with many renowned musicians: Mihailo Miša Blam, Stjepko Gut, Valtko Stefanovski, Božidar Boki Milošević, Uroš Šećerov, Papa Nik, Vladimir Nikić, Hannes Beckmann, Jelena Jovović, Katarina Kačunković, Sofija Knežević , Aleksandar Sedlar, Gabor Bunford, Max Kochetov, Filip Krumes, Marcelo, Lena Kovačević ...
• He has performed at many important festivals in Serbia: EXIT, Belgrade Beer Fest, LOVE FEST Vrnjačka Banja, Zaječarska Gitarijada, Nishville, Belgrade Jazz Festival, Novi Sad Jazz Festival, JAZZIK Subotica, Jazzibar Kraljevo, Jazz Fest Valjevo, Jazz Festival Kragujevac, Indjija Jazz Fest, Jazz Festival Sremska Mitrovica, Resava Fest, Dunav FEST, Guitar Art Festival, Musicology, Carousel Festival Čačak, Terra Viva Kikinda, EthnoCom Pancevo, Ethno Fusion Fest Belgrade ... as well as at many foreign festivals and prestigious concerts salami: Jazz a Liege - Belgium, Jazz and Blues Rallye Luxembourg, Donaufest Ulm, Zeneakademia Budapest, Dixie Jazz Fest - Bulgaria, Prilep Jazz Weekend, AKZENT Theater, Klavier Galerie – Austria, OK Fest Tjentište ...
• He has participated in numerous cultural and musical events such as Open Heart Street, FEST, Kotor Carnival (CG), Lomatomija - Toma Zdravković Tribute, BaTik Film Festival, World Music Summit, ETNOMUS, Sterijino Pozorje, International Jazz Day, Mermer I Zvuci, Bojčinsko leto, Film Festival Trebinje (BiH) ...
• So far, he has had dozens of appearances on radio and TV stations: RTS, B92, N1, PRVA TV, Studio B, ATLAS TV (CG), RTZ Zajecar ... including shows such as Tri boje zvuka, Ad Libitum, Veče sa Ivanom Ivanovićem…
• He gave a large number of interviews, and he and his work were written about in many journals, newspapers and internet portals in the country and abroad (Letzeburger JOURNAL (LUX), All About Jazz, Europe Jazz Network, Jazz Journal Magazine, Dalla Gazzetta del Mezzogiorno, Jazzwise magazine, Politika, BLIC, Danas, Press, VREME, Story, Hi Files, Vijesti, Jazzin.rs, VESTI online, B92, SEEcult.org, PR.com ...)
as well as in books and monographs (Serbian Jazz Bre - Ivan Grlić, Zaječar Rhapsody - Zoran Aleksić, Napet Show - Marko Šelić).
• He is the author of music for the ’Underwater Metropolis’ documentary series, which has been screened at more than 20 underwater film festivals around the world, and won the Best Domestic Film Award at the Belgrade Underwater Film Festival. He also composed music for the author's film "Birth" by Stevan Stancevic, as well as for the theater play "One Woman and Two Husbands" by the Zajecar Theater "Zoran Radmilovic" directed by Vladimir Lazic.
• He is a member of the Organization of Music Authors of Serbia - SOKOJ
• He is a member of the Association of Jazz, Pop and Rock Musicians of Serbia, and since 2018 with the status of Independent Artist.