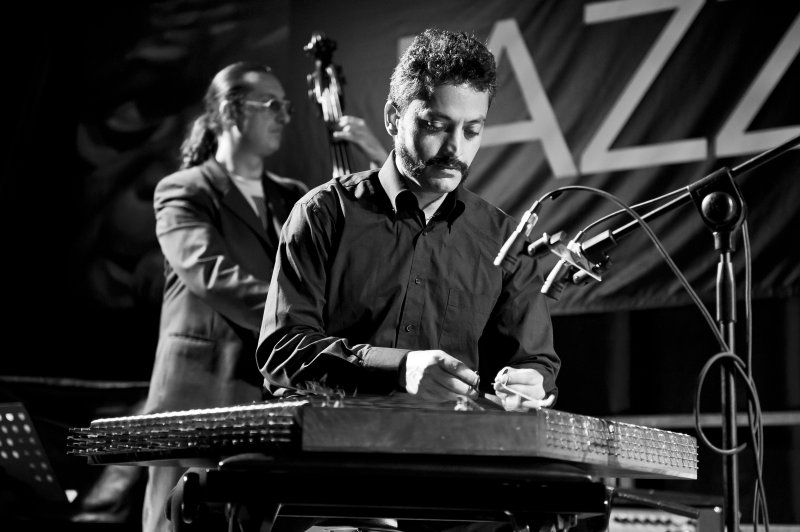 ABOUT
Peyman Heydarian, born in Shiraz, Iran is an award-winning music scientist andsanturvirtuoso. He has adopted innovative tuning systems and performance techniques in order to play a multi-ethnic repertoire on the instrument. Peyman started music at the age of four, and learned Persian music under the supervision of music virtuosos, such as Mojtaba Mirzadeh and Pashang Kamkar. His main instrument is the santur, and he has developed his own performance style on the instrument. He began teaching music at the age of eight, and from 2001 to 2004 lectured on santur performance at the Faculty of Arts, Tarbiat Modarres University in Tehran. He was a lecturer in music technology at London Metropolitan University [2006-12], taught santur to MMus students at City University [2008-9] and has been teaching santur and Persian music at the School of Oriental and African Studies [SOAS] since January 2010. Peyman has established and presided over a number of musical societies and bands, including the Music Association of Iranian Students (1998) and the National Iranian Students Orchestra (1999-2004). Since 1982, he has been performing solo and group music in Iran, USA, Canada, Syria, Jordan, Turkey, Greece, Italy, Hong Kong and the UK. He was highly commended at SSMS 2007 contest in Glasgow university for his algorithm on Analysis and Classification of the Persian Musical Modes. Peyman is currently researching the possibilities of pushing the boundaries of the Persian music and santur performance; also developing algorithms for Automatic recognition of the dastgàh / maqàm in audio musical signals.