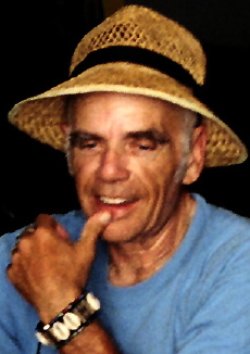 United States
Blog
Friends
About
Timeline
BLOGS
Sones de Mexico
Juan Díes, co-founder and Executive Director of Sones de México Ensemble, said, “We’re very happy that the National Endowment for the Arts continues to support the cultural and educational efforts of Sones de Mexico.” He continues, “With A Musical Geography of Mexico, we’ll be able to foster a deeper understanding and appreciation of the culture, not only among Mexican-American communities, but with the wider population across the United States.” A Musical Geography of Mexico will offer lectures and demonstrations of folk music and traditional dance from the various geographic regions of Mexico in a manner that is engaging, entertaining and informative.  The program will be presented in both English and Spanish to reach as wide an audience as possible in several U.S. states. It is expected that the program will be presented in as many as 12 different states. ___________________ ABOUT SONES DE MEXICO ENSEMBLE: The group is Chicago’s premier folk music organization specializing in Mexican ‘son,’ a genre encompassing the roots of mariachi music and other regional styles, including huapango, gustos, chilenas, son jarocho, and more. The ensemble was formed in 1994 and soon incorporated as a non-profit organization to keep the tradition of Mexican ‘son’ alive in its many regional forms. As a performer and recording artist, they have developed and popularized many original arrangements of Mexican traditional tunes. Its original work has experimented cross-culturally with symphonic, Irish, folk, blues, C&W, jazz and rock, though never abandoning its roots in Mexican son. The group has released six CDs: íQue Florezca! (Let it Bloom); Fandango on 18th Street; the GRAMMY® nominated  Esta Tierra Es Tuya (This Land is Your Land); Fiesta Mexicana (a children’s album); íViva la Revolución!; and 13 B’ak’tun. more
LATEST ACTIVITY
Ned Hamson reposted a video
Huakirangi
by Moana And The Tribe