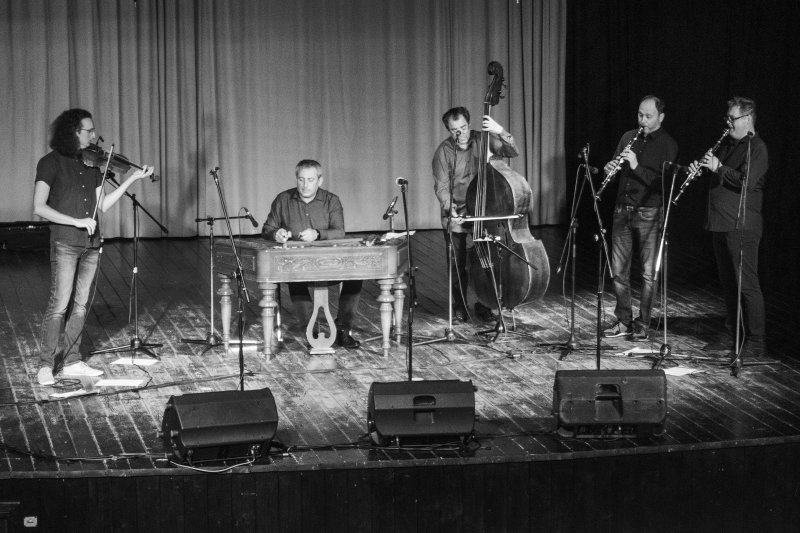 ABOUT
A music group Marko banda was established in 1990 as an offspring of Kociper-Baranja band and it cosists of the following members: Miha Kavaš – the violin, Andi Sobočan – the cymbals, Boštjan Rous – the clarinet, Željko Ritlop – the clarinet and Slavko Petek – the double bass. Marko banda has received songs and advice from Kociper-Baranja band. Apart from their regular band activities, the members of Marko banda also accompanied a folklore group Beltinci for ten years. The group preserves folk music tradition from Prekmurje, which also contains Hungarian songs due to the historical events. Sometimes they also like to play folk music from other parts of Slovenia.

In their twenty-nine years of operation the group has performed over 800 times in Slovenia as well as in Europe. In 1993 they performed for the Slovenian emigrants in Argentina and Uruguay, and in 1998 they had a tour in Japan with Beltinci Folklore Group. In 1997 they released a CD titled "Marko banda No 1" and in 2008 they released their second CD "Vöra bije" with a help of their friends Bogdana Herman, Valerija Žalig, Regina, Vlado Kreslin, Tomaž Rauch and the memebrs of a Czech group Jaro who participated with their musical contribution.

This year the band is celebrating its 30th anniversary. Despite the limitations associated with the current situation, the band is preparing new recordings for a new album, which is going to be released on this anniversary.