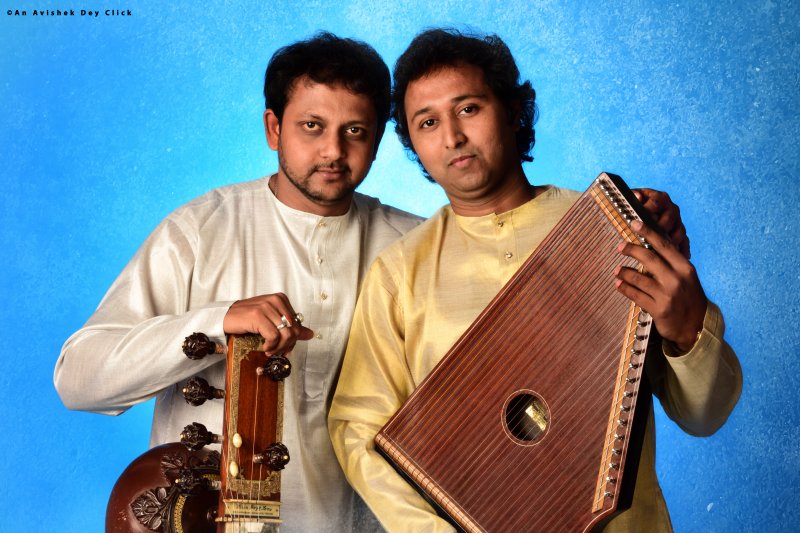 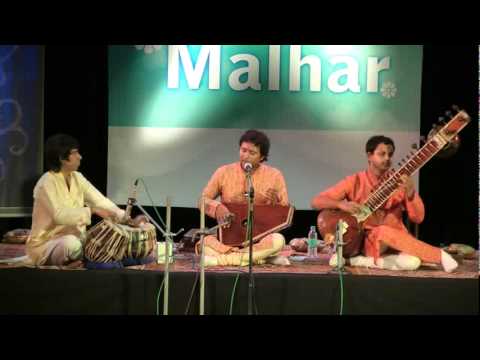 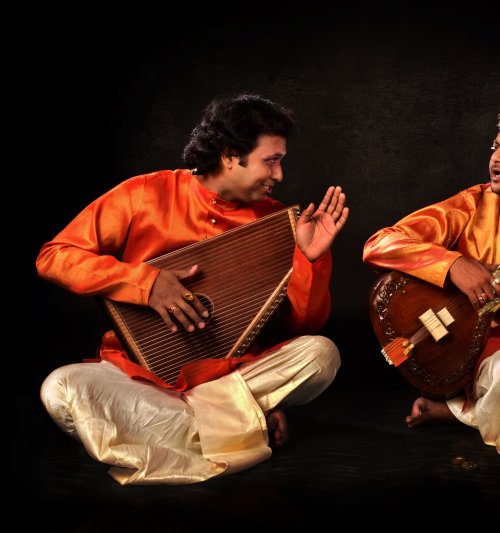 ABOUT
Debapriya & Samanwayaare the most sought after Duo even being excellent Soloists. They are unique and a rare duo culminating the Voice and Sitar, presenting the finer aspects and pure sound of Indian Classical of Music merging the traditional approach learnt over more than 27 years with their innovative mind.

They have been learning and learnt with celebrated Maestros of India and have proven themselves in the worldof music assoloists and consistent duo of a unique and rare culmination of Vocal and Sitarsince the age of 20s and presentlythey are in their early thirties yet their fans and followers and music lovers admire them for their understanding and knowledge, musical subtlety and broadness, technical richness and aesthetic wisdom.They both are “A” graded artistes of All India Radio and Doordarshan that’s an honour by the Prasar Bharati an autonomous body under Govt of India. In their teenage hey were awarded First Prize on behalf of President of India at the National Level competition by All India Radio at Instrumental and Vocal category as soloists.They won first prizes at many other competitions at the state and national level and also received several scholarships for their exceptional credibility.

You may enjoy few of their clips or google their names.

A few media appraisals of our music from around the world:

·“Young DuoDebapriyaAdhikary andSamanwayaSarkarregaled the audience with their jugalbandi. Though their jugalbandi was different that the others, they complemented each other’s style and presentation.”

·A Heartwarming sitar and vocals jugalbandi by young duoSamanwayaSarkar andDebapriyaAdhikary, the confluence of their expressions of music and perfect harmony left the listeners spellbound.

·A very congenial delivery of vocal and instrumental notes by Kolkata’s Devapriyo Adhikari and Samanvay Sarkar (Sitar) . The two youngsters were perfectly complementary to each other as they exploited the complexity of Raga Desi.

One could hear the departing audience waxing lyrical about their subtlety and their gift for keeping listeners enthralled….The night opened with raga Marwa whose very long introduction (alap), forty-five heavenly minutes of leisurely delicacy, shone like a sparkling jewel in sound –not so much in the Théâtre des Abbesses as really out of this world.

···Heavenly Notes …………Adhikary’s mellifluous voice transverse over the three octaves while the sitar’s honeyed strokes were steeped in gayaki ang. The most enjoyable part was their perfect mutual understanding that flowed like the hidden yet intensifying undercurrent of Saraswati alongwith Ganga and Jamuna’s bi colour confluence….

·Top Musicians for the festival…..Though they are classed as a duet, their interpretation of the music is such that they strive to arrive at a state where the two musicians are in harmony…..Through their playing the notes resonate and reflect the perfect understanding of their art, drawing upon deeply mythical symbols of nature and reality……even the essence of man and consideration of true nature of divinity.

·BothDebapriya’s voice andSamanwaya’s sitar were always relaxed and sweet, through all stages from the slow alap to the most rapid twisting tans…….Throughout the dialogue between voice and sitar was very engaging. The two artistes responded to each other’s improvisations enthusiastically and yet they shared the space completely harmoniously……

·Adhikary and Sarkar explored the nuances of the raga, exchanging musical phrases in a conversational manner. As the piece unfolded, the two displayed an ever-increasing abandonment to their virtuosity. Sarkar’s sitar playing was sublime and authoritative. He navigated his way around the notoriously difficult to play sitar with ease. His use of meend (sliding/bending strings to create a legato effect reminiscent of vocal quality) was imaginative and beautiful. Adhikary’s vocals were technically flawless, and he possessed a marvelous quality ofexpression.

To name a few international festivals they around the globe:

High Peace Festival Augsburg, Germany 2013They were first ever with other 2 Indian Musicians to be invited to National Theatre of Operas and Ballet, Tirana, Albania. 2010 to commemorate Mother Teresa’s Centenary.Festival Les Orientales Saint-Florent le Vieil, France, 2010

Few Major festivals In India they performed for: