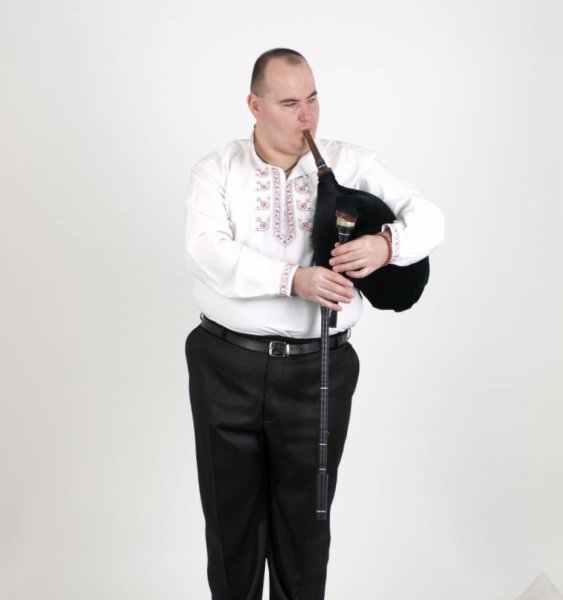 The Fair
by Bozhidar Simeonov

On The Rhodope Mountain Tops
by Bozhidar Simeonov 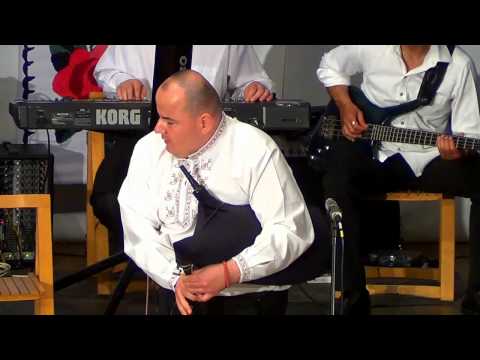 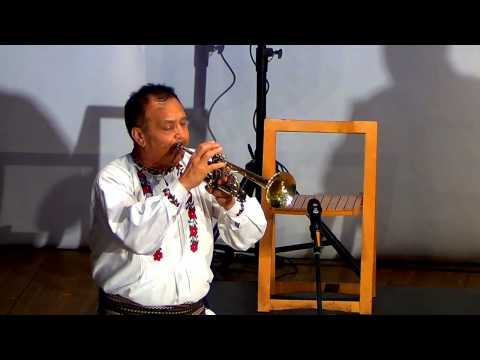 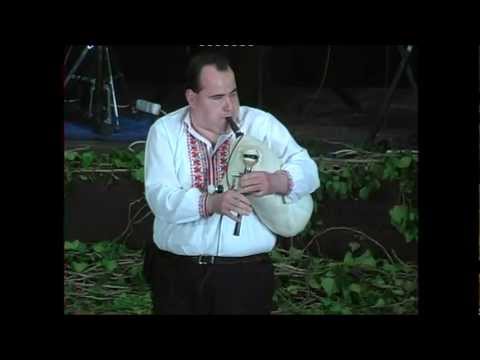 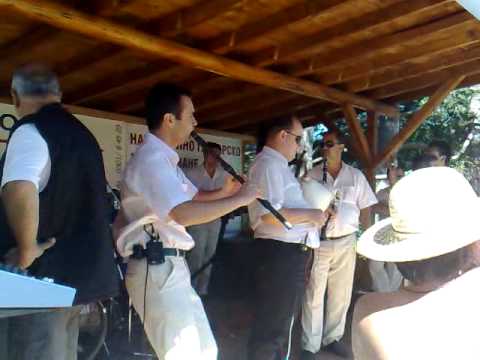 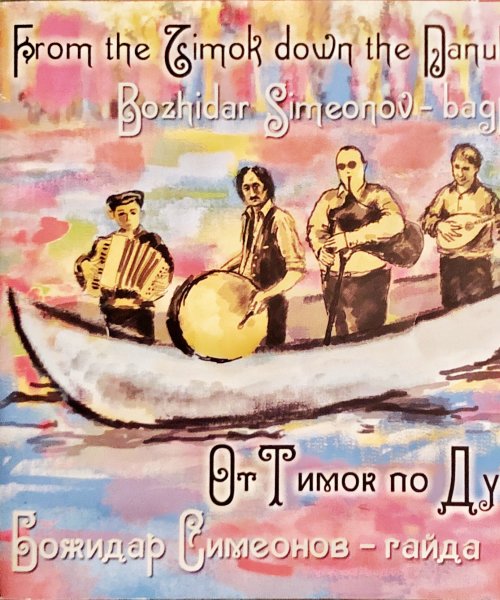 Bozhidar Simeonov was born on 04.01.1981 in the village of Topolovets, Kula municipality, Vidin region.Premature birth and physician’s negligence led to loss of his eyesight. He manifested his gift to music since he was two years of age. He inherited his talent from his great-grandfather and grandfather who were clarinetists. In 1986 jointly with his family he moved to Varna, where he started to study at the school for children with disturbed vision ”Prof.Dr. Ivan Shishmanov”. There from the end of 1988 to the middle of 1992 he studied accordion with Boris Bodichev (Florov) who gave him the first knowledge in solfeggio and elementary theory of music. His interest in bagpipe is since he was four years of age, but Dinyo Marinov is the person who in 1992 directed him to this instrument. In the summer of 1994 he applied for enrollment at the national school of folklore arts “Filip Kutev” in Kotel, but in spite of being rated on first place he was rejected by the ex-principal Tasho Barulov due to his eyesight and personal partiality to another not rated applicant. Although all obstacles and impediments he continued his education and at most by mastering of bagpipe details. His teacher was Kolyo Sofenkov. In 1999 he graduated the school of music and applied for enrollment at the Academy of music, dance and fine arts in Plovdiv. For luck, here there were no problems in his application even on the contrary – he obtained the relevant respect from lecturers and colleagues. He studied in the classes of Ivan Georgiev (Balki) and the associate professor Mariya Stoyanova. During his studies he applied for the vacated place of bagpipe player at the Folklore Ensemble “Trakia” in Plovdiv but was rejected by the former orchestra conductor Tsvetan Tsvetkov due to the eyesight. In 2003 he graduated the Academy of Music with Bachelor’s degree and one year later – Master’s degree. Music is the real vocation of the bagpipe player Bozhidar Simeonov or Bozhko as known by all people. His indisputable talent and gift speak instead of him. It is proven by his multiple participations with all most famous orchestra of Bulgarian folk music – orchestra “Trakia” of Ivo Papazov, orchestra “Maritsa, Orchestra “Kanarite”, orchestra “Plam”, orchestra “Young Thracians”, orchestra “Folkpalitra”, the musicians Ivo Papazov, Petar Ralchev, Vasil Denev, Matyo Dobrev, Toncho Minkov, Mladen Malakov, Dinka Ruseva, Dragiya and Radko Dragievi, Plamen Dimitrov, Georgi Petrov, Lyuben Zahariev, Yordan Yonchev – Gamzata, Rhodopa bagpipe players – the brothers Petar and Stefan Yanevi, and many others. Ivo Papazov Ibryama speaks about him: “..For me he is the biggest bagpipe player of all times...” Since 2006 he is permanent participator in the festival held in Radnevo “Inheritance – with the songs of Dinka Ruseva”. In 2007 he was invited in Serbia to participate in ethno-project “Sa Istoka suntse” together with the big trumpeter Mile Paunovich. One year later, they and the accordion player Dragan Yenich establish the ethno group “Balkan sources” to which joined the Mile’s wife – Vionera. In some of their joint pieces, Bozhidar Simeonov use instruments like Romanian kaval, Serbian frula, saxophone and he assists in the creation of arrangements as well. Furthermore he participates with the ethno-group “Misteria Karpartika” as well as with the musicians Pera Kosovlyanovich, Srdzhan Demirovich, Atsa Nikolich (Chergar) and others. Since 2011 he participates in the annual ethnocamp and international festival, organized by the academic Association for traditional music “Gusle” in Kikinda. On the 5th of June 2014 his first independent album is issued under the name “From the Timok down Danube”

Bozhidar Simeonov is a bagpipe player trained at the school of Music in Kotel in Bulgari. With his amazing talent and ability to improvise, he has long been accepted in the circle of great musicians. It’s impossible to fit him into any particular category, standart or framework. And even more impossible to define his music. Because when you talk about Bozhko, as everyone calls him, things acquire a different meaning. Musical categories merge, boundaries shatter and definitions give way to uniqueness and originality. That’s Bozhko: tender and typical, and the same time wild and unrestrained.

His music cuts trough Bulgaria‘s traditional folklore regions, revelling in oriental tunes, nipping across to neighbouring Greece, Serbia and Romania and even to faraway India. All brought to life with his bagpipes and collected together in only twelve pieces. Well, let’s hear them. Together. And as we listen, let’s open our hearts to the most pure and unadulterated human feeling:

the goodness that we sometimes lack so much.