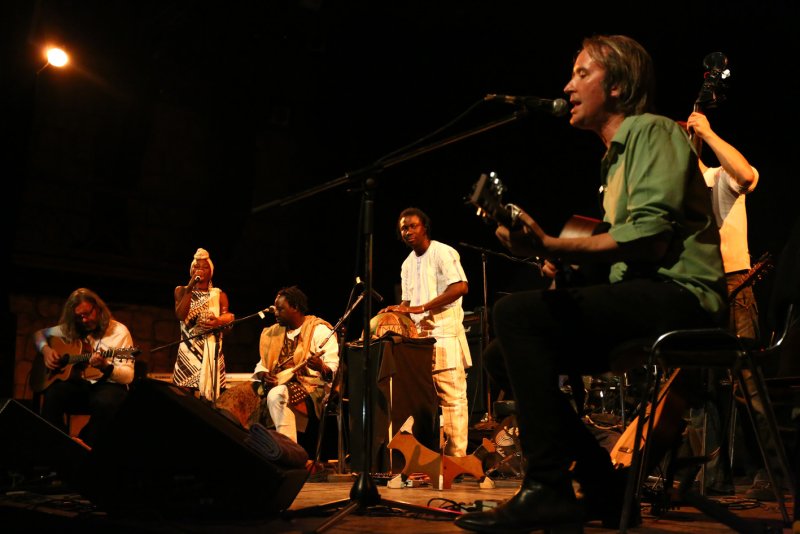 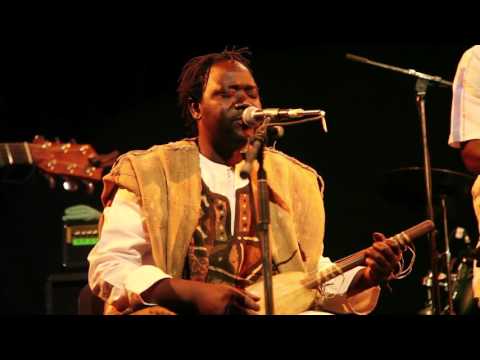 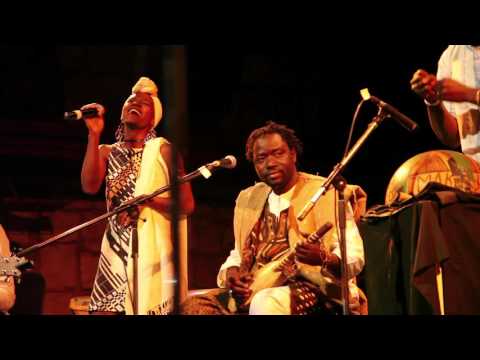 ABOUT
As the old Volvo drove north across the border, the sky darkened and the rain began to fall. By the time Scotsman Mark Mulholland, Belgian Hannes d’Hoine and Malian Yacouba Sissoko reached the village of Ford on the West coast of Scotland, the downpour had become a deluge. “You know, my brother,” Yacouba said to Mark, “in your country the sky is so low that you have to lower your head if you leave the house.” The warmth and shelter of bandmate Craig Ward’s studio greeted them like a salvation, along with the presence of award-winning Irish producer Dave Odlum. Craig and Yacouba had never met, nor Mark and David, but mysterious affinities rapidly emerged, and everything gelled.

Their adventure was concocted under the high and dry skies of Bamako, Mali. After a lifetime “bouncing fairly randomly around the globe”, Mark moved there in 2014 with his partner Corinne, and one of the first musicians he met was Yacouba, a polyvalent percussionist and master of the ngoni, the traditional ‘lute’ of the Bambara people. They were soon gigging around the city and touring in the provinces. The obvious next step was to make an album and consummate the unlikely union between Mark’s signature blend of rock, blues, jazz, psychedelic and Celtic folk and Yacouba's Afro-Manding styles.

Craig Ward was an old busking and drinking buddy of Mark's from Edinburgh and Glasgow days of the late 1980s, who went on to become a stalwart of the burgeoning music scene in Antwerp in the 90s, and joined Belgian rock gods dEUS for 7 years, before moving up to the Scottish Highlands, where he and his wife opened a small hotel. One of the musicians Craig met in Belgium was Hannes d’Hoine, who had studied jazz and classical double bass at the Antwerp Conservatory, and also played with the cult experimental band Die Anarchistische Abendunterhaltung. Mark, Craig and Hannes recorded an album together called ‘Waiting for the Storm’ in 2012, influenced by the acoustic folk tradition of Bert Jansch, Davey Graham and Nick Drake. Yacouba and Mali were two more strands in this complex Celtic knot, and the idea of combining British folky elements with West African influences appealed to all concerned.

For all the musicians, it was important to record live together, and for the project to involve “home and away legs” for the musicians based in Europe and in Africa. After a debut gig at the Ford village hall, Mark and Yacouba took the tapes to Paris where Nigerian drummer Tony Allen added his inimitably funky shuffle to the mixes. A few weeks later, back in Bamako, the newly-dubbed Alba Griot Ensemble played at the Festival Acoustic Bamako, sharing a stage with Damon Albarn, Tony Allen and kora maestro Toumani Diabate. A few more sessions at Bamako’s famous Bogolan studios, with a dream cast of local musicians dropping in to add their hot and dusty magic (Toumani and his brother Madou Sidiki Diabate, singer Pamela Badjogo, balaphon-player Lassana Diabate, percussionist Baba Sissoko and French keyboardist Jean-Philippe Dary) and it was job done.

The collaboration widened the horizons of all involved. “Working with Yacouba allowed us to explore textures in a really interesting way,” says Craig, “and to throw very different elements at each other, which combined to create a musical landscape that none of us had ever visited before.” Yacouba says. “With Alba Griot, what is exciting for me is that it is really an exchange – we are all participating on an equal level, and together we have created something new and beautiful.”