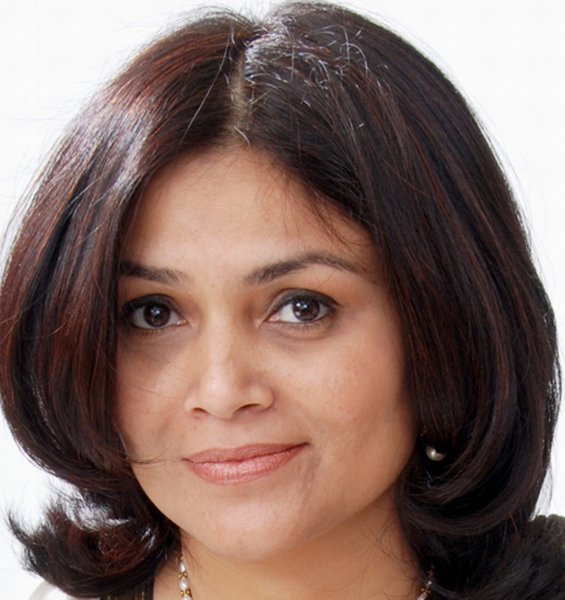 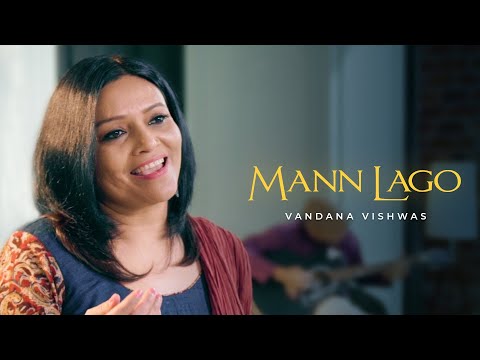 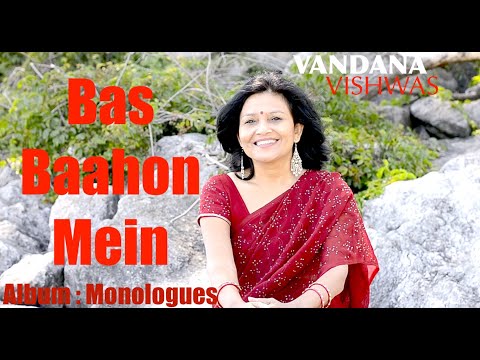 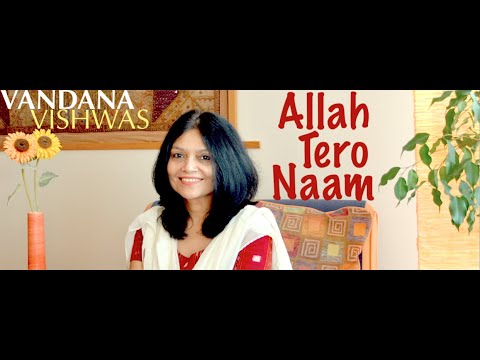 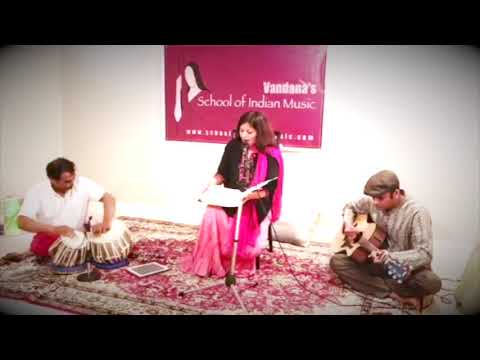 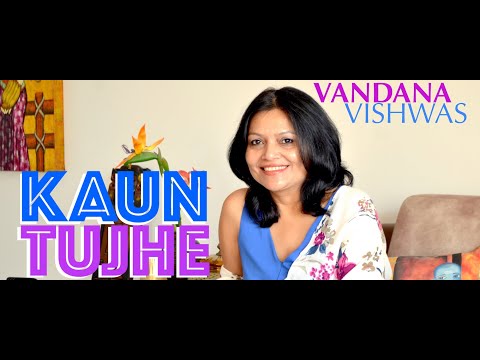 + 8 more
ABOUT
Born and raised in India, settled in Canada, Vandana Vishwas is an architect by profession and a musician by passion. She is formally trained in North Indian classical vocal music but specializes in composing and singing expressive Sugam-Sangeet (Easy Listening Music) comprising south-Asian song forms such as Ghazals, Nazms, Geet, light Thumris etc. Although blessed with a divine gift of musical creativity and a mesmerizing voice since early childhood, Vandana has had to overcome serious physical challenges caused by a painful permanent injury to her hip joint in an unfortunate medical negligence right after she was born.

Vandana has been lauded by the critics for her expressive & crystalline voice (Errol Nazareth, Toronto Sun), simplicity, sincerity & crisp diction (Savia Rajgopal, Mybindi.com), gently gliding entrancing vocals (Andrew Frey, Maximum Ink Music Magazine), tenderness towards melody and lyrics (John Goddard, The Toronto Star) and many other qualities by various other reviewers and critics. 'It's almost as if Vandana was the second coming of Lata...' (Alastair Johnston, muzikifan.com).

Her debut music album ‘Meera-The Lover...’ released in 2009, garnered some rave reviews from leading music critics and landed Vandana with some much coveted awards such as the Vox-Pop award for World Traditional Song of the year at US Indies (IMA) 2011, Mississauga Arts Council's Marty Award for Established Performing Arts 2012 and Toronto Best World CD award by Toronto Exclusive Magazine. She was also nominated for leading Canadian awards such as the Canadian Indies 2010 alongside Grammy winning Alex Cuba and Juno Laureates Sultans of Strings, Toronto Independent Music Awards alongside leading World Music band Jaffa Road and the much coveted K.M. Hunter award for music by Ontario Arts Council. Songs from the album debuted at Top 10 in diverse community FMs all over Canada and stayed there for weeks. She was featured by leading newspapers, magazines, radio and TV stations, despite being an independent artist with no label or artist manager or booking agent working for her. Through word of mouth and sheer merit, she got handpicked for prestigious events such as the Toronto Harbourfront Centre Summer Festival Hot Spot 2010, Masala Mehndi Masti 2009, Culture days Takes 2 and 3, Mississauga 2011 & 2012, Latin-Afro-South Asian Cultural concert by LCCA Toronto and the numerous community concerts for organizations such as Sacred Arts & Music Alliance (SAMA) etc.

Now she has come up with her sophomore music album ‘Monologues’, that takes musical creativity to a new level by redefining the treatment of traditional south Asian song forms such as Ghazals, Nazms, Geet & Thumri with some interesting western influences. With her husband Vishwas penning down seven of the nine songs in the CD and the other two being written by ghazal immortals Jigar Muradabadi and Mirza Ghalib, the album is a treat for lovers of Indian music and poetry alike. Like the first one, this album is also co-produced by Vandana and Vishwas. The CD was released in Canada in January 2013 and an Indian launch followed in Mumbai by hands of legendary Indian singer Suresh Wadkar. Her recent projects include playback singing for Marathi feature film "Mi Swatantra Honar" to be released in mid 2014 in India; and composing, arranging, singing and producing the theme track for upcoming Hindi novel "Samarsiddha" written by UK based novelist Sandeep Nayyar, being published by Penguin India in mid 2014.