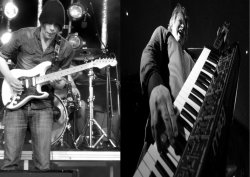 Sweden
Tracks
Videos
Photos
Blog
About
Silversparrarna - Silversparre A Sami Family
by VästanVind Jojk
Influence: Scandinavian
Genre: instrumental yoik, sami, atmospheric, electronic, trance, improvise, rock
share
repost
comment
buy
add to favorites
About "Silversparrarna - Silversparre A Sami Family"
An old jojk from northern Sweden, expressing Silversparre family and their large reindeer. I was a bit puzzled by this jojk. Silversparre is a Swedish nobility family. How could a Sami family be ennobled? I found that the Saami Silversparre family came from a village in the north of Sweden called Rödingträsk. I found a phone number to a woman with the same surname on Rödingträsk website. I called her and she told me that her ancestor had taken that surname. He moved to Rödingträsk 1779. Why he took that surname she did not know. She also told me that Rödingträsk reindeer is a completely separate species. There they had received proof by sending samples from reindeer antlers for DNA analysis to the Veterinary University of Oslo. Rödingträsk Reindeer are a separate species

Ronald Vikström and Jonas Strandgård of "VästanVind Jojk" have recently initiated a project based on recordings of the Sami people, recordings originally done by Swedish Radio in 1953-54. The intention was to save and collect Sami yoi... more