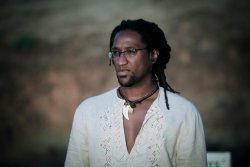 The Movie from Director Filipe Henriques "O Espinho Da Rosa" which was nominated best Foreign picture at the Luanda film Festival in 2013 has an original soundtrack performed by world acclaimed Singer from Guine Bissau: Eneida Marta, and written by Remna Schwarz

See all tracks (2)
Follow
Send Message
About
“Rem Na” is a Balanta name. Balanta is an ethnic group in Guiné Bissau, country in which his father was born and raised. The legend says that it is while sitting under a tree and playing guitar that this name came to him. Strangely, his father being from another ethnic group; the “Peppel” he should have chosen otherwise. It is probably the origin of Remna Schwarz&... more
Influence
African
Genre
afro-fusion, afro-funk, afropop, acoustic, world music, afrobeat
Other Pages