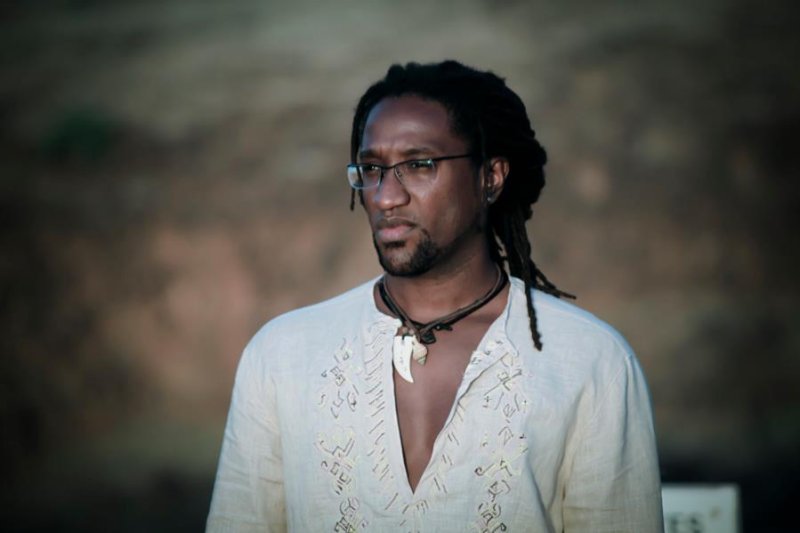 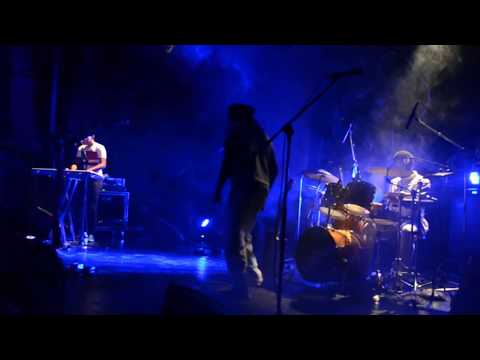 ►
Share
ABOUT
“Rem Na” is a Balanta name. Balanta is an ethnic group in Guiné Bissau, country in which his father was born and raised. The legend says that it is while sitting under a tree and playing guitar that this name came to him. Strangely, his father being from another ethnic group; the “Peppel” he should have chosen otherwise. It is probably the origin of Remna Schwarz’s controversy today. “Rem Na” means “enough”, “no more”…His father being a singer and an activist, it probably meant “enough” with the dictatorship and colonial occupancy. Perhaps José Carlos Schwarz did not want another child…we will never know, for he passed away in a terrible plane accident in Cuba in 1977. He is, still today, considered one of the most important names in Guiné Bissau’s history. Remna sees the day in Senegal, his mother, a Cape Verdean woman, remarries a few years later and Remna’s childhood and teenage years are filled with packing and unpacking luggage for he travels him and his family through countries like Zaire, Mali, Senegal, Guiné Bissau, Portugal, United States and France. His first artistic encounter is with Hip Hop, then Reggae in which he excels being a back vocalist in a Reggae band during two years. While touring in France, he writes his first songs and surprises the audiences with the maturity of his compositions, his vocal range and sensitivity. In 1999, he decides to initiate his solo career. He builds a style of his own: mixing acoustic influences with African music, reggae grooves and jazzy harmonies. All of this served on the concrete streets that he’s been living in for years in France. His exceptional way of playing guitar makes his musical approach very original. It is needless to say that Remna’s travels and lifestyles have a big repercussion on his music writing which makes it very difficult to brand. 2001 is the year he starts performing live and quickly, he is an opening act for artists with different backgrounds; artists such as NIOMINKA BI (Reggae) DARAA-J (Afro Hip Hop) Lokua Kanza (World music).He plays right before the worldwide acclaimed artist YOUSSOU N’DOUR in an international festival in Switzerland. He is also booked to play regularly in Jazz clubs in Paris (ex:BAISER SALÉ) This probably defines Remna’s work: his ability to fit anywhere.

In 2004 him and his band win the first prize in the contest TREMPLIN BACSTAGE, a contest involving more than 2,000 bands throughout France. He reaches the semi-finals of another contest destined to a rock audience in 2005 called EMERGENZA. The same year, he receives a “LAURÉAT DÉFI JEUNES 2005” which is a prize that allows his trio to tour the regional much demanded showrooms and the prestigious festival “ PRINPTEMPS DE BOURGES” on the set “ ENVIE D’AGIR” for discoveries of the year. He showcases in the “FNAC” des Halles in Paris with his first “demo” in 2006. In April of 2007, he opens for pop international artist AYO in the biggest Concert hallof Orléans in FRANCE and releases his first awaited album untitled “SALTANA” in May of the same year. Remna Schwarz settles in Cabo Verde in 2008 where he co-produces the tribute concert for his father JOSÉ CARLOS SCHWARZ & ORLANDO PANTERA, involving more than 30 artists from Guiné Bissau and Cabo Verde such as ENEIDA MARTA, TERESINHA ARAUJO, MARIO LUCIO, PRINCEZITO, RAIZ DI POLON and many more. He also produces the album KU DJITO DI SUKUTA, directing some internationally acclaimed musician and producers from Guiné & Cabo Verde ( HERNANI ALMEIDA, MANECAS COSTA, TO ALVES…) In 2011, he is selected to open the third edition of the KRIOL JAZZ FESTIVAL in Cabo Verde. Thanks to his teaching abilities, he is contracted in 2012 to be a vocal coach for the CAVIBEL program “BOLSAS MUSICAIS”. For the first time in 2013, Guiné Bissau is entering the network of tours of the “INSTITUTS FRANÇAIS” for musicians in the sub-regional countries. The first band to be selected to represent Guiné Bissau in that tour in February of the same year is Remna Schwarz and his band. With more than a thousand live performances, Remna has always been able to perform or to record with older and much more experienced musicians. He is not only a poet (some might say) or a great singer and song writer. He is also very “musical”. As Journalist and music critic from Cabo Verde Nadir Almeida would put it :”(…) One can see images reflected in the music, poetry mixed up with melodies, paintings in the drumming that engages perfectly with what is said, how it is said and played(…) Remna is no longer a promess, yet a certainty.”