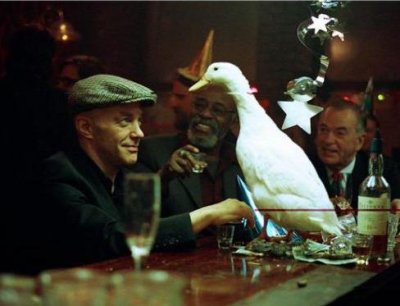 ABOUT
The Icelandic trio Pondus consisting of drums, bass, and guitars, is playing an absolute chanting minimalistic pop mixture with elements of dub and jazz.

Having played with such diverse artists as Kylie Minogue, Sigur Ros, Morten Harket, and written songs for Marc Almond this is the debut release to Pétur Hallgrímsson and his trio. All tracks are instrumental, suggestive, trippy, jazzy, dubby, and without comparison, really. Call it film noir or “tubular bells” blended with smooth dub wave bass and dreamy guitars. We call these tunes sublime exile recordings!

The video below: "Laundromat" is a tribute to the famous Nørrebronx Café in Copenhagen, Denmark, and is taken from the "Sandur" album above.

The album is recorded, mixed & produced in one day in Reykjavik in 2007 by Valgeir Sigurðsson. Artwork by LdF Music & Arts.