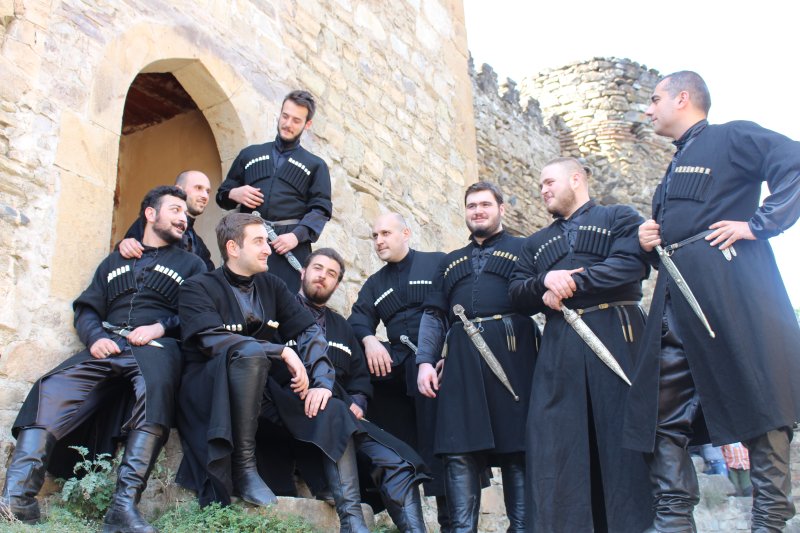 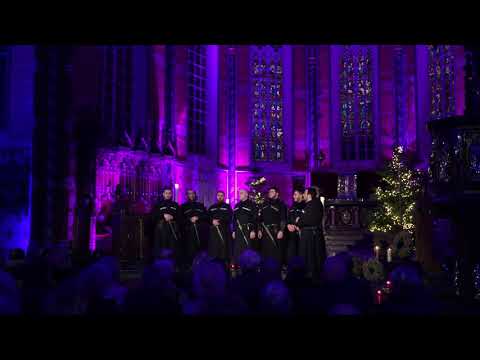 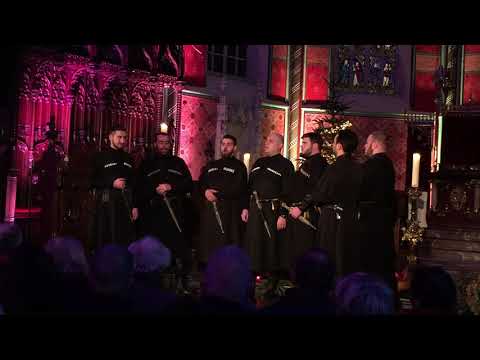 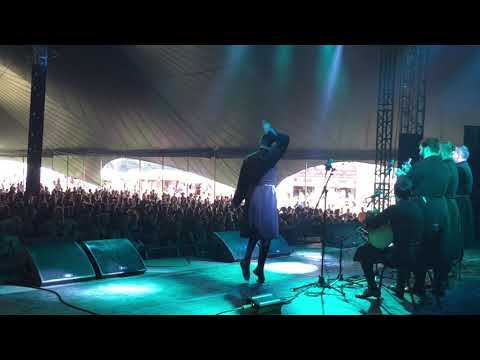 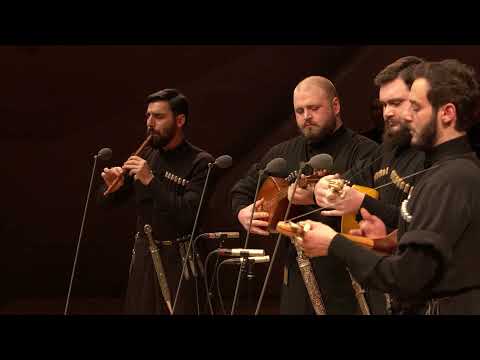 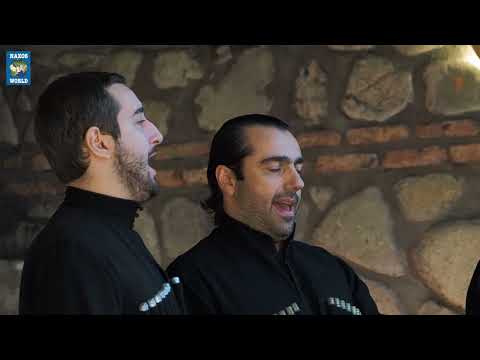 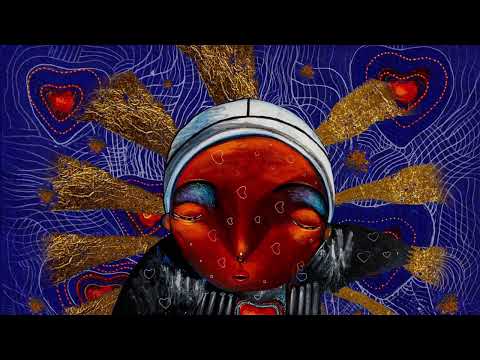 ABOUT
IBERI CHOIR
In the mountains and along the coasts of Georgia, the ancient country that straddles the Caucasus Mountains, songs have echoed for centuries. Villages and regions developed their own distinctive approaches to melody and harmony, to style and timbre.


These songs ring on, finding new life in the rich voices of Iberi. The six-person vocal and instrumental ensemble channels Georgia’s multitude of sounds, exploring the emotional potential of age-old polyphony and traditional instruments. These are songs so beautiful, they were launched into space on Voyager 2’s golden record and declared an intangible cultural treasure by UNESCO.


Songs reflect Georgian life, even as many Georgians move in cosmopolitan urban worlds, far from the farms, orchards, and rural celebrations that birthed the music. Iberi embrace every aspect of these traditions, including the toasts and feast songs that are intimately entwined with Georgia’s notoriously abundant hospitality, but also the urban folk songs, lullabies, liturgical chants, and historical ballads that still play important roles in everyday moments and grand occasions. The mood varies from dignified and somber to playful and fun, from earthy to otherworldly.


Taking their name from the ancient term of Georgia, Iberia, Iberi started singing together in 2012, at a rehearsal convened by former rugby player and lifelong singer, Bidzina Murgulia. Like the majority of Georgian young people, he had grown up surrounded by singing--”Music is everywhere here”--and gotten hooked. He was inspired to put his own, respectful stamp on centuries-old songs: “I longed for years to start my own choir, to bring my musical vision to life.” He finally decided to set his sports career aside and dedicate himself to a love of music. His collaborators and fellow singers soon became his fast friends, and warmth radiates from the group live.


Murgulia was inspired by Georgian polyphony’s regional diversity and inventive spirit. Though these vocal traditions usually involve three-part harmony, exactly how the voices work together differs wildly from region to region, each bringing out a different breathtaking quality in Iberi’s voices. “Eastern Georgian areas, the main winemaking regions of the country as well as very tiny regions in the nearby mountains, have a more or less similar style of singing. There is a bass drone and two high voices which use melismatic sounds,” explains Murgulia. “In the western part of Georgia, the style is more complicated in terms of harmony. It doesn’t involve a drone, and the bass voice is improvising along with the other two voices. There is also a very special yodeling technique in the Guria and Adjaria regions called krimanchuli, which can be roughly translated as “twisted highest voice.” It’s believed that centuries ago, children used to sing that style to frighten away evil forest creature, but now it’s usually performed by men and often referred to as Georgian Jazz.”


Much like skilled jazz players, Iberi are passionate about an often forgotten traditional approach to improvisation as a way to uncover new aspects and colors in well-loved pieces. “In Georgian traditional singing, there is a lot of space and possibility to improvise,” Murgulia says. “In Iberi, we often do our own interpretation of songs by mixing diverse versions of one song and adding our own touch.”


Part of that touch can be felt when the group takes the stage. “We strive for a more extroverted, open hearted and cheerful stage presence,” Murgulia notes. “We really like explaining songs and getting the audience to sing along.” Iberi opens up Georgia and its songs to the world, bringing their vitality to festivals and concert venues around the globe.