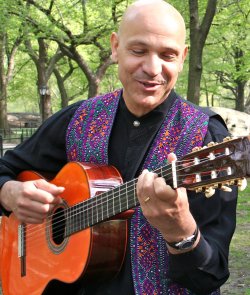 
See all tracks (16)
Follow
Send Message
About
A Versatile Musician

Born in Casablanca and raised in Paris and New York City, Gerard graduated from the prestigious Manhattan School of Music with Bachelor’s and Master’s Degrees in operatic performance and has sung more than thirty roles with opera companies around the United States. Widely regarded as a master singer and guitarist, Gerard has at his command a rem... more