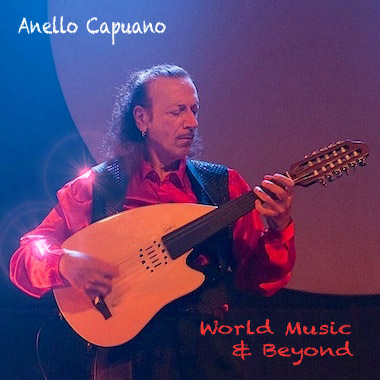 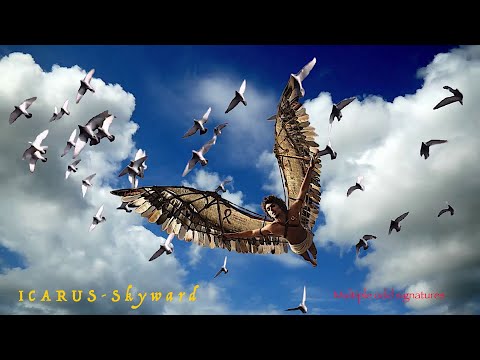 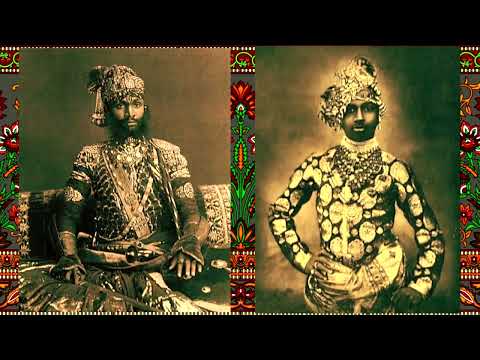 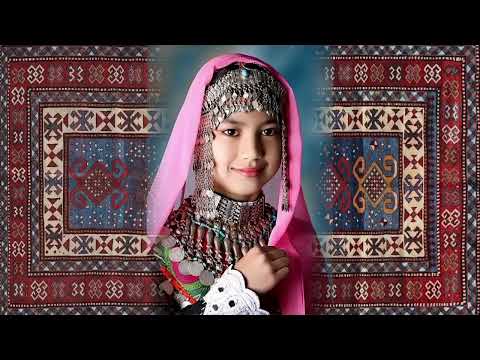 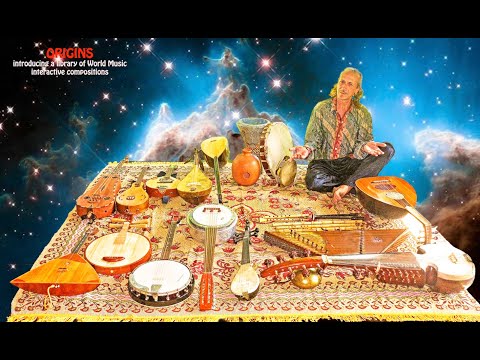 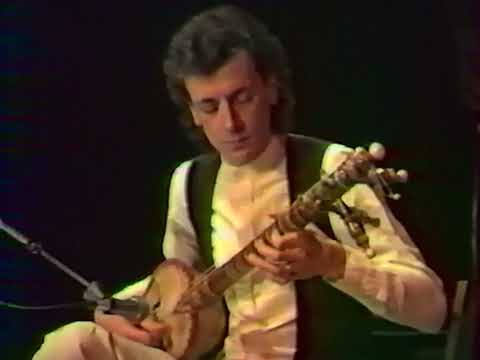 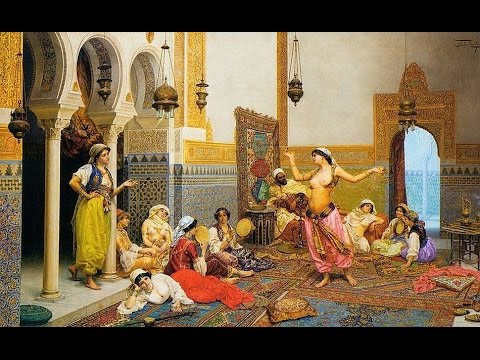 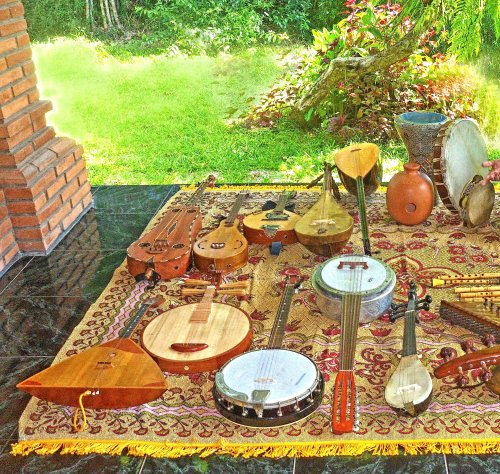 Photo by: Anello "Lalloji" Capuano
About: Anello's World of Music 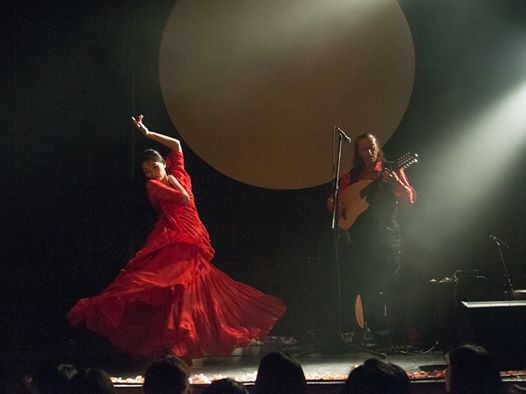 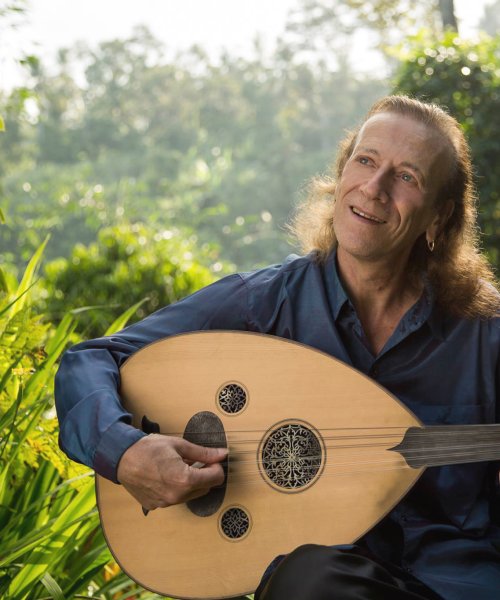 Photo by: Anello "Lalloji" Capuano
About: Anello in his garden in Bali 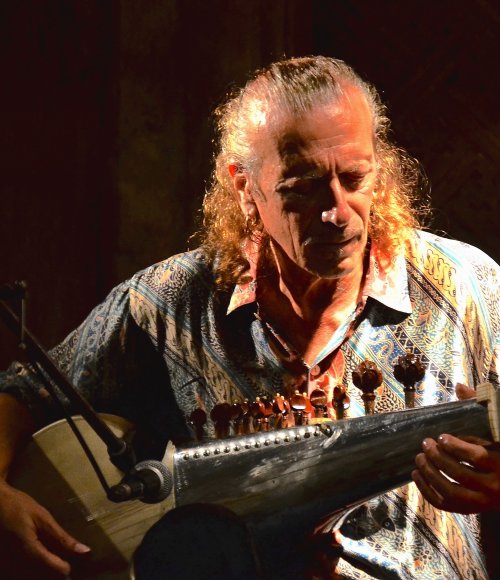 Photo by: Anello "Lalloji" Capuano
About: Playing the Indian Sarod 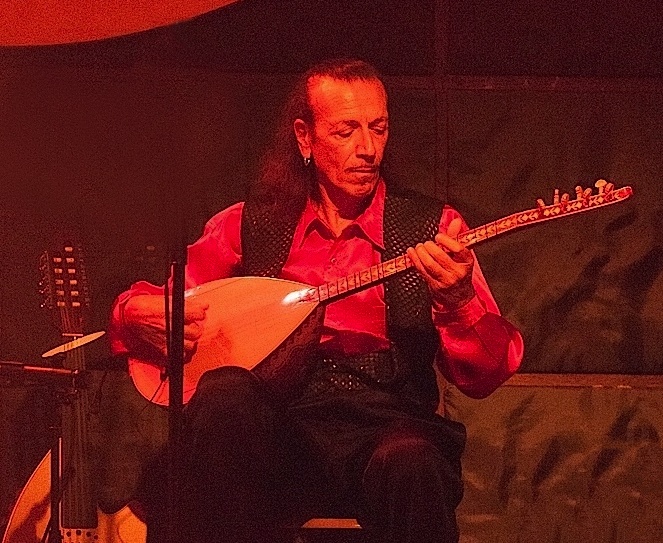 Photo by: Anello "Lalloji" Capuano
About: Playing Saz at a Tokyo concert 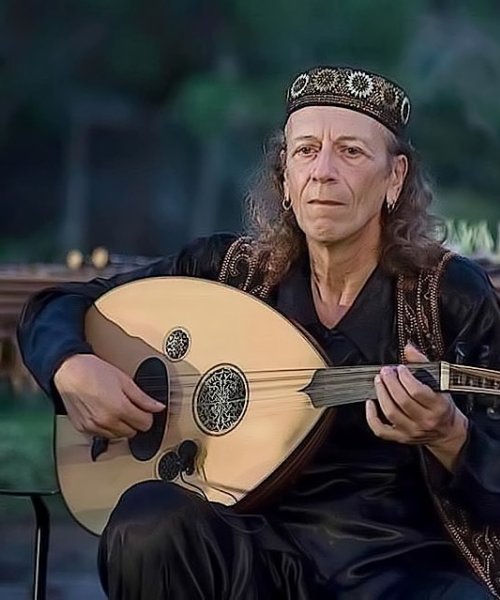 An italian born lutes player, percussionist, ethno-musicologist, composer, arranger, producer and sound designer in several musical fields including medieval, mediterranean, oriental, world, ethno-electro and improvised music.After playing in many groups as a jazz & pop musician since the age of 13, he studied for several years Middle-Eastern classical and folk traditional music at the Conservatory of Music in Marrakesh (Morocco) and Indian classical music at the Musicology department of the Benares Hindu University in Varanasi (India) as well as undergoing private intensive training with many renowned teachers.Since 1982, while living in South of France (for 7 years) and then in Paris (for 15 years) , he has been the leader or a member of several music and theatre ensembles and performed extensively in Europe, in the USA, in the middle East, in Africa and Asia.He has composed for the theatre, the ballet, as well as for shadow-plays, films, documentaries and fashion show.As leader or as session musician he recorded over 25 CD's and appeared in many radio and television broadcastings.He lives in Ubud, Bali since 2006 and, apart from playing with and producing local and visiting artists, he is currently working in his home-studio on personal projects that combine the sample computer based electronic music production of today with the acoustic sound of ethnic instruments of the oriental world.