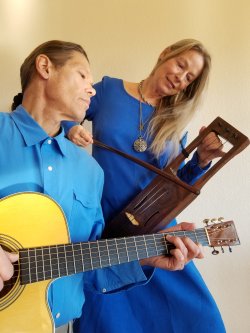 
See all tracks (4)
Follow
Send Message
About
Scott and Johanna are a duo who perform early traditional Scandinavian/Celtic ballads and tales.

Their wanderings have led them from Finland and Iowa respectively - through Europe, Scandinavia, India, and the U.S. On the way they have picked up tales and songs that they perform together with the stories behind them, in particular exploring the links between Scandinavian, Celtic... more