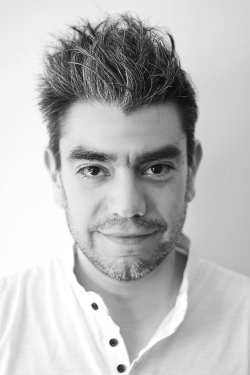 Chile
Tracks
About
We Will Fight For Us
by Purple Tone Flower
Influence: West European
Genre: funk, rock, pop
share
repost
comments: 1
add to favorites
About "We Will Fight For Us"
"We will fight for us" is a song about a collapsing system. The song is an invitation to another place, to start again from scratch, to break the walls of your fears and to be free, to cross the lines of our systems and our mental structures. The song is about many people that think in the same way, people who want to change the world, to create a new fair world and invites you to cross the line to make it. It's an invitation to escape from your old system of beliefs to create a new reality.

Follow
Send Message
About
‘Purple Tone Flower’ is the solo project of Mauricio Flores Sánchez, and much like his outlook on life, his music strips back complexities, and instead opts for a ‘back to basics’ approach. Laid- back grooves and psychedelic guitars coalesce with Mauricio’s soulful vocals that have been often compared to the likes of John Mayer and Lenny Kravitz.

Having picked up the guitar at... more