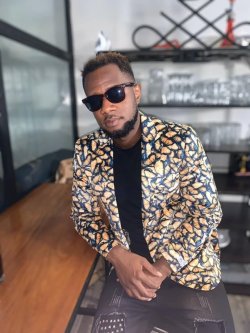 Gambia
Tracks
Videos
About
Aicha
by Nazeem
Influence: African
Genre: afropop, zouk
share
repost
comment
buy
add to favorites
About "Aicha"
Nazeem cools down the tempo in his latest track from the EP ‘Unbelievable”. This mature Afro Zouk love song travels deep within you, touching your very soul with his velvet rich voice. Sung both in Wolof and English, the opening line “there is something about you” sets the mood of the entire song and for the first time Nazeem creates an interplay between voice and clarinet. This song leaves you wanting for more…..


See all tracks (7)
Follow
Send Message
About
Nazeem is a professional musician and prolific singer-song-writer and guitarist. His first solo album is due for release later this year, and he has already released a number of songs and videos which have received national airtime on both radio and TV in Gambia and Senegal. His music is widely available on digital music platforms. His style of music reflects his roots and culture; also infl... more
Influence
African
Genre
afropop, zouk, acoustic reggae, afro dancehall, rnb, hip-hop, mbalax, blues
Other Pages