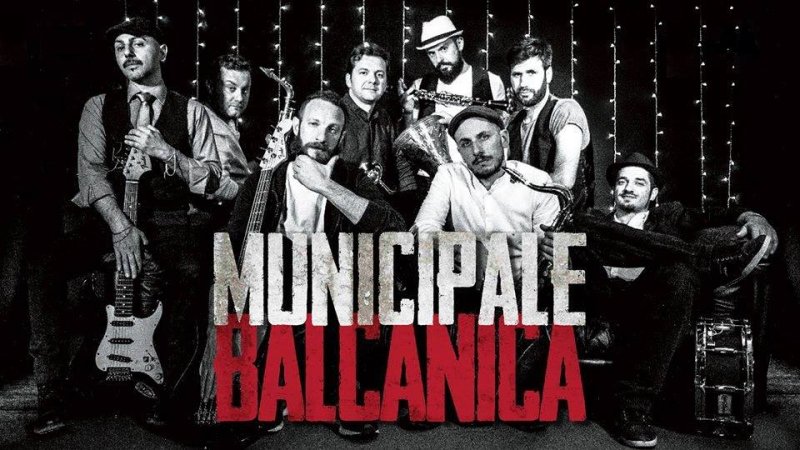 Constellation
by Municipale Balcanica
Share
Buy
Influence: Jewish , Balkan
Genre: world fusion
About "Constellation"
“Constellation” is a new musical chapter for Municipale Balcanica. On a balkan beat advance, there are inserts of the brass section, electronic instruments and mediterranean percussions, all put at service of the tune’s message and its history of distances and convergences that it tells.

The sound images and the lyrics of “Constellation” are inspired by the words and the work of Marc Chagall, the painter of jewish origin that told, in a large part of his career, about the perception of being both a unique, independent person and a member of a community exposed to migrations and to the sometimes cruel moods of history, at the same time. The tune alternates and makes coexist both almost mocking passages, like the main riff, and also more serious moments, to almost represent that inseparabile mixture of sharpened irony and dramatic conscience that Chagall, and also a lot of jewish intellectuals or refugees more in general, transmitted by telling their personal and collective history.

“A love song for free spirits and a consolation for those who don’t have a nation to be recognized in anymore but not for that want to feel irretrievably alone”. Municipale Balcanica

“My people” often occurs in the lyrics to underline the sense of belonging and nostalgia for those who feel to have lost their homeland, their loved ones and their friends, but yet are trying to recollect their energy and their brotherhood spirit also in a foreign land. Municipale Balcanica’s choice to sing this tune in English instead of Italian, like other tunes in this album, is the result of finding yourself away from your homeland, trying to communicate in a foreign language without hiding your identity, accent and your values.

The messagge in “Constellation” is extended to every person forced to go away from their land and from their people. It is an invitation to claim their own freedom like a good that goes beyond sufferings. “No passport can define me” because there is not a burocracy in “soul’s land” and if a community went lost by violence and sufferings, also its colours spread and become unseizable, unharmed from every attempt of coercion.