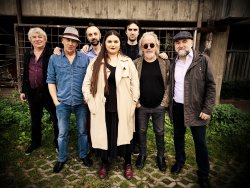 Mostar Sevdah Reunion have already put itself on the map of World Music at the end of 90’s .Their primary task was to promote the Bosnian traditional music- Sevdah.

The band was formed by Dragi Šestić in Mostar in 1998. The band started out as a group of l... more