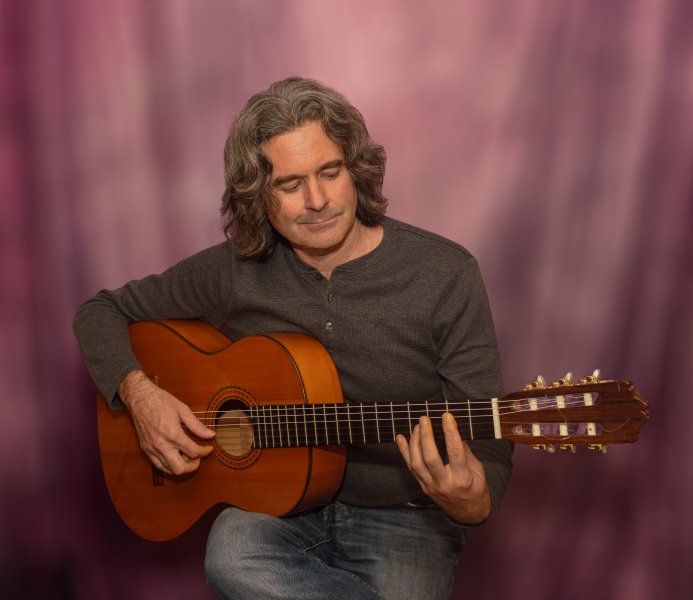 I first met singer Tamsyn in August 2018, when we were both playing at the same fund-raising event. I immediately liked her, she fell into that "1 in a million" category of people who actually find my jokes funny. After I'd played my set, I got to watch her duo play. I knew nothing about them at all, but as soon as they started, I was immediately "incredibly impressed" with her voice. Smooth, captivating and oozing luxuriance.

We stayed in touch, and a year later, I invited her to come up and perform a song with me at a gig I was doing at Coffee Cake Create in Polperro, where she was living at the time. We'd only had a "virtual" rehearsal (i.e. by me sending her a track over the internet!) but it went very well, we covered "Fragile" by Sting.
After that, I really wanted to make a studio recording of what we'd done, so set about getting an arrangement and instrumentation for it. Tamsyn was very up for this too. We chatted about this at the opening of Cosmic Kitchen in January 2020, and started planning it.

Alas in February 2020, tragedy struck. I read on social media that Tamsyn had been driving up to London to surprise her daughter, and during the journey at night had encountered a lorry doing a very risky u-turn on the A303 in the dark, and it didn't end well. Her van was completely destroyed, and Tamsyn was very badly injured, initially fighting for her life and in a coma. This was devastating news.

3 weeks later, she was out of a coma, and things began to improve, and fast-forward to 2021, despite undergoing an immense amount of surgery in many areas and having a permanently disabled left arm, limited mobility, brain damage, severe scarring and nerve damage , Tamsyn was making great progress, and living a life as good as she possibly could under the circumstances - and being incredibly positive about everything.

In early 2022, Tamsyn got in touch and said she was ready to record "Fragile"! I was of course very excited about this, and we had a great session in my studio. I later worked on fine tuning the arrangement and production, adding a guitar solo that would compliment the vocals and give a new twist on the original. I'm very pleased with the end result - I so love Tamsyn's take on this classic and the way the vocals sound on this. She has such a lovely voice, and I'm so incredibly fortunate that she wanted to work with me on this.

The lyrics are also so relevant to so many things in the world right now, including our joint passionate caring for life and the planet, so it seemed appropriate to donate profits from this to Viva! for the great work they do.

I really hope we'll work together again on some more music.