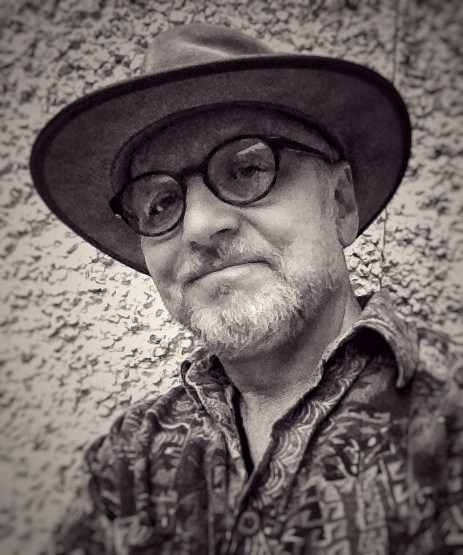 ABOUT
I am a 60 year old ex-television and film actor, puppeteer and movement choreographer from a coal mining family from Stanley, Co. Durham, England, who had to retire three years ago for health reasons. I now keep busy and creative by writing and recording original and traditional folk songs and tunes in many styles (some in more of a musical genre) about or set in the Northeast of England, from the 18th century to the present day. I've recorded 5 albums (Parts) in all, with 13 tracks in each, and it's these I will be sharing here, along with some stories about my professional and personal past. (The professional stories will include my encounters with Harry Nilsson, Stephen Sondheim, Elton John, Paul McCartney and David Bowie, to name but five.)

I did these songs and tunes primarily for my own creative outlet, and for the entertainment of a few of my Northeastern England family, but thought it might be worth sharing them...we'll see. Another reason for sharing them, is I hope others will take some, make them their own and improve on them...which won't be hard to do! They are free to use for non-commercial use with only a credit, but in the unlikely event of anyone wishing to use them for professional reasons, I'm sure we can come to some arrangement.

What my music is not (in general), is a romantic, rose-tinted nostalgic look at the past. A great deal of the time it was anything but the 'Good Old Days', and I'm glad for young people today that some of it is indeed past and gone, even from my own childhood days. A great deal of the time it only seems good because we see it through happy childhood eyes, or because there was plenty of work to go around. However, it cannot be denied that there was probably a much stronger sense of community in the Northeast during the coal mining times. There had to be to survive!

I'm not your usual amateur folk singer-songwriter - if there is such a thing - as I don't play acoustic instruments, even if I strive to make most of my music sound acoustic through the use of virtual instruments and loops. I never could get the hang of the guitar besides a few basic chords, and had a lot more success on the keyboard. Even then, I would never put myself in the same league as many a amatuer folk artist, let alone professional! Also, unlike most, I don't usually sing as 'me', but as the character of the song, so I will change my voice to suite at times. However, because of my illnesses, my voice isn't always at its best on some tracks - it's certainly not what it was ten years ago - and with a lack of energy to do more takes they have to remain that way. I hope they're not too bad, however. There, that's the excuses out of the way.

For those not into 'folk' music, well you may have a false view of it. It isn't sandal-wearing bearded blokes with one finger in the ear these days. There are so many sub-genres from Traditional to Indie Folk, all using different styles and instruments, from acoustic to electric, but all with the same general underlying content. If you want to see just one new kind of folk, take a look at DevonianSeth Lakeman's work, or the ladies he's been singing with lately, Wildwood Kin. I'm not worthy! (Blue text links to YouTube.)

My next project may just deal with the Stanley area, and I'll probably do a few covers of the songs of the local famous early-20th century 'Pitman Poet', Tommy Armstrong. The Pitmatic dialect in some of his songs even I struggle to understand.