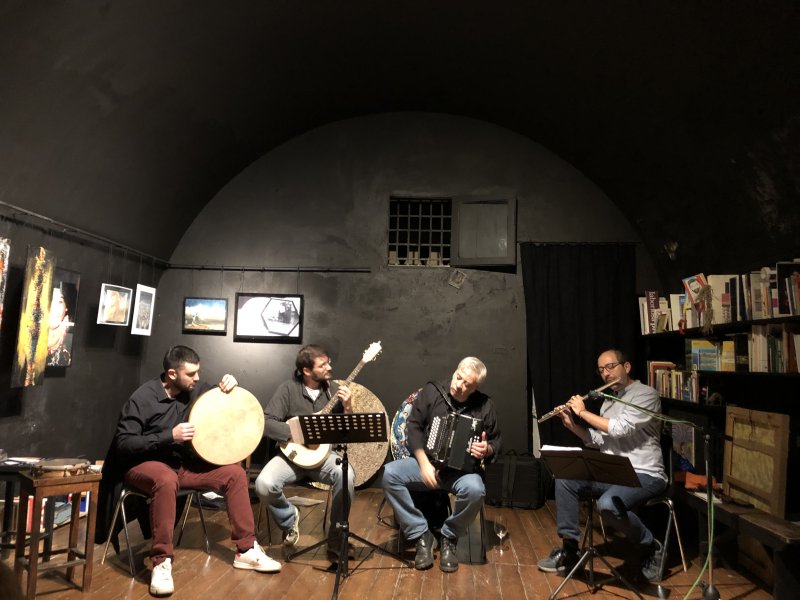 Freely inspired by Antonio Pigafetta’s “A recount of the first journey around the world”, Magellano collates the soundtrack of the homonymous play, which tells the story of Ferdinando Magellano’s attempt to circumnavigate the Earth. The musical pieces follow the explorer’s journey, evoking the wonder at the discovery of new lands and people, the strain caused by unforeseen events, and the disappointment triggered by betrayals and conspiracies. They evoke the emotional moments brought about by restlessness - faithful companion of the Portuguese explorer – fascinating and disastrous at the same time, which is explored through the literary contributions of Gadda, Pasolini and Pessoa. The original music investigate the restlessness that has a hold on Magellano’s soul, shakes his certainties as a European of the 16th century, and unveils his weaknesses: his fear of loving, his dread of loneliness, the uncontrollable desire for knowledge, and the intolerable doubts in his faith in God.The music displays the original polyrhythmic and plurilingual characteristics of a motley crew such as Khaossia, whose land of origin is Salento.