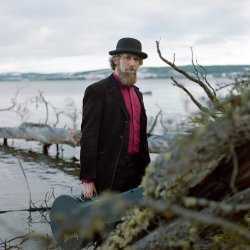 October 10/28/20, 2020
Divine life of Punarvasu
is a country/folk album written by John Edwin
with a unique
sound created by fretless banjo and electric guitar.
The lyrics often contains a spiritual theme
and sometimes refers to astrological terms
and Yoga philosofy.
The albums eleven tracks are based on the
sixth song ” Can I ever reach Moksha when I cannot reach my toe ”
where the word Moksha ( sprirual enlightment )
is mentioned in the same phrase
as the father of bluegrass Bill Monroe.

The word Punarvasu is borrowed from
the vedic astrology Nakshatra system and refers to
the two brightest stars in the constellation of Gemini
Castor and Pollux.
It serves as an alternative
name to Nirvana for the album`s
headcharacter, questioner and Yogi : John Pigeonpose Edwin

The music is performed by John Edwin
and the Banjodasha Hillbillies
which are :

The album is recorded
October 2019 and April 2020
at Sensus studios in Östersund.
Mixed by John Arveli
Mastered by Nevo mastering.

John Edwin and
the Banjodasha Hillbillies
is country/folk music from
Jamtland county
mixed up with storytelling from this sinful valley
& divine poetry from Punarvasu.