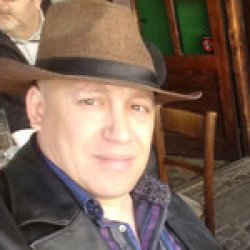 Serbia
Tracks
Videos
About
Mannheim
by Gary Bramil Gera
Influence: West European
Genre: world music
share
repost
comments: 1
buy
add to favorites
About "Mannheim"
In 1606, Frederick IV, Elector Palatine started building the fortress of Friedrichsburg and the adjacent city centre with its grid of streets and avenues. On January 24, 1607, Frederick IV gave Mannheim the status of a "city", whether it really was one by then or not.
Mannheim was mostly levelled during the Thirty Years War around 1622 by the forces of Johan Tilly. After being rebuilt, it was again severely damaged by the French Army in 1689 during the Nine Years' War.
After the rebuilding of Mannheim that began in 1698, the capital of the Electorate of the Palatinate was moved from Heidelberg to Mannheim in 1720 when Karl III Philip, Elector Palatine began construction of Mannheim Palace and the Jesuit Church; they were completed in 1760.