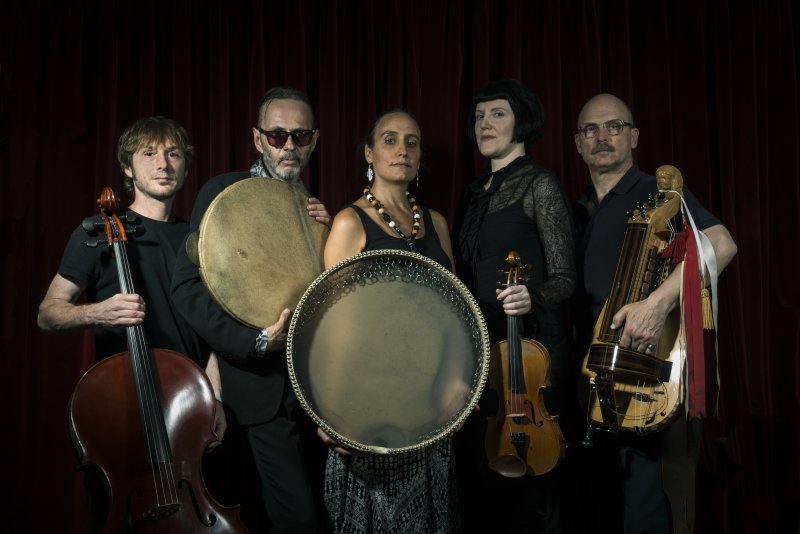 Fear Of The Forest

Heart Of Sand
by Fear Of The Forest

Ordinary Man
by Fear Of The Forest

Ruler Of Destiny, Thou Hast Spoken Words!
by Fear Of The Forest
ABOUT
Fear of the Forest is London's foremost 'dulcimercore' band!

Fronted by Kate Arnold on hammered dulcimer, violin and vocals, we combine influences from English and French folk, Middle Eastern, early and classical musics to imagine a sound world where the guitar and keyboard were never invented, and irregular rhythms and medieval modes have won out over 4/4 beats and major scales. There is a strong improvisatory feel, with a driving energy brought by the percussion, and the hypnotic, mystical qualities of the hammered dulcimer. It has been described as 'punk baroque'! Lyrically, Kate's songs draw upon folk and fairy tales, Middle Eastern mythology, social history, modern horrors, and the strange tales of her half-gypsy grandmother.

Kate has worked with BBC Folk Award winner Lisa Knapp, Doudou Cissoko's Ancient Strings and Fabulous Things, Sergeant Buzfuz, Paul Hawkins and the Awkward Silences, and Greek band Daemonia Nymphe. She has an MMus in Ethnomusicology but that does not stop her from messing about with loop pedals, time machines and other gadgetry.