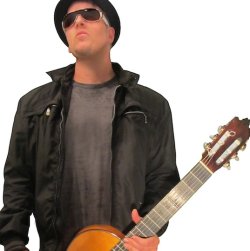 
See all tracks (13)
Follow
Send Message
About
Douglas ‘douje’ Smolens is a guitarist, writer, producer and comedian living in Los Angeles, CA. Currently, the project that occupies most of his time and energy is performing, writing and producing with the gypsy music band,Fishtank Ensemble,of which he is a founding member. With the upcoming release of their 4th album in April 2013 named ‘Edge of the World’, the band i... more
Influence
West European
Gypsy
Middle Eastern
Genre
flamenco, world music
Other Pages