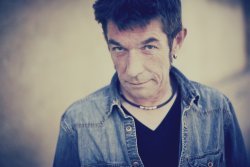 
See all tracks (5)
Follow
Send Message
About
Dom Duff is one of the most exciting and innovative musicians from Brittany, much sought after as a studio and concert guitarist and singer.

He is also a wonderful singer-songwriter who started solo in 2000, after being driving force the infamous band Diwall. He spent his childhood in nearby bro Pagan (Pagan County), a coastal area by the Channel sea on the north-west coast of ... more