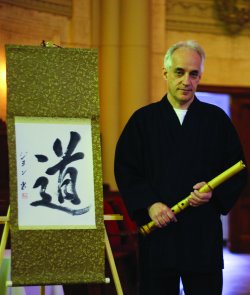 Canada
Tracks
About
Hibiki
by Bruno Deschênes
Influence: Asian
Genre: japanese honkyoku piece for solo shakuhachi
share
repost
comment
buy
add to favorites
About "Hibiki"
The title of this original piece for 2 shakuhachi means: resonance, echo, reverberation, as the sound of the flute one hears resonate within the soul of the listeners. This piece of part of a new CD released in October 2017.