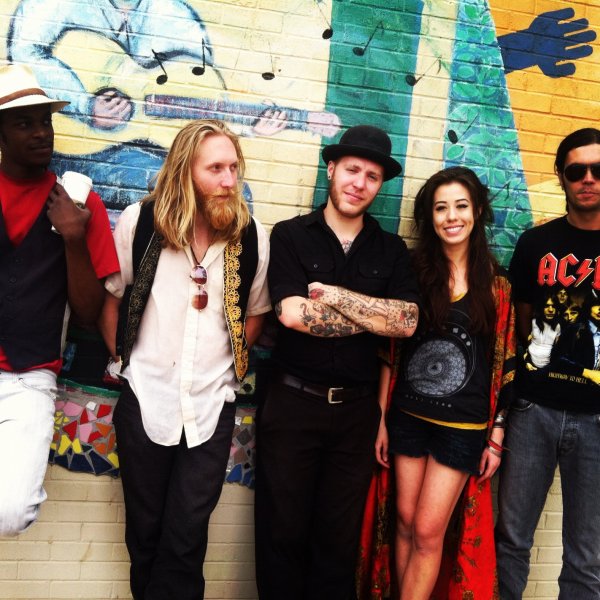 Bonnie And The Beard

Sweet Devil Whiskey
by Bonnie And The Beard

Dice N' Bones
by Bonnie And The Beard

Lightin' Up
by Bonnie And The Beard
ABOUT
“Bonnie and the Beard has a wayward traveler-feel about its sound — if Vaudville Americana were a genre, the local group would be at the top of it."(Bree Davis, Westword Backbeat)Bonnie and the Beard is a vivacious group--often quite salacious, lost deeply in dream and delirium. Some say they live in a tent and practice juggling flaming arrows when they are not painting their faces and making moonshine. A trio, spinning tales of outlaws, redemption and longing through their own brand of boot-stomping southern-blues/gypsy-rock. Together roughly two years, they’ve shared the stage with the likes of DeVotchka, Nicole Atkins, Oakhurst; played at Tour de Fat, Sunnyside Music Festival, two stints at the Underground Music Festival, embarked on several tours and shared the stage with many rising acts from across the nation."They deliver their songs with such a charming playful seriousness it’s hard not to get sucked into the fun."(Peter Washington, Concerted Effort)They began playing together after spending a hazy summer writing as the old, dusty cowboys they admired. Wandering through canyons and sharing fireside meals with their wolf dog, their stories of reckless rebels began to pour into rousing and passionate songs. They're almost a wheelin’ dealin’ circus band. Their raw energy and husky voices conjure up images of open desert road, nights under the stars and rusty Cadillacs.“Bonnie and the Beard possess a sound that is both sweet and sultry yet still raw and rawkus. Combining a bit of delta blues with indie-rock sensibilities, Bonnie and Beard sing about the struggle of human existence with the pipes to knock the dust off the highest rafters of any smoky bar."(Illegal Pete's / Suburban Home Records)